Some users coming from smaller gaming mice may need some time to adjust to the size of the Ironclaw RGB Wireless mouse. Because I was already familiar to the wired version, I did not have any problems adjusting to this mouse. Even in wireless mode, the 3391 optical sensor felt very stable and predictable as it had no acceleration or filtering. It performed well in game just as if it were in wired mode. I used the mouse at a DPI of 2000, but 18,000 DPI was more than enough for what I was doing.

There is a lot that goes into a topic like this; should you use a low DPI or a high DPI for gaming? I personally prefer something over 2000 DPI but nothing more than 3500 DPI for gaming. I could notice quite a bit of jittering with slow movements at a very low DPI, but the jitter was nonexistent at 2000 DPI. But if you can pull off fancy moves and headshot every enemy that gets in your way, stick with whatever you have and be happy with it.

Although there may be some mixed feelings towards the larger side buttons, I thought they worked perfectly fine for my use case. My thumb sat well on top of both buttons, which allowed me to access them at any time. I used the side buttons a lot just for normal computing and gaming, so I thought they felt great to click as they were the right size for what I did. Of course, this is purely subjective as some users may see these buttons as too large. 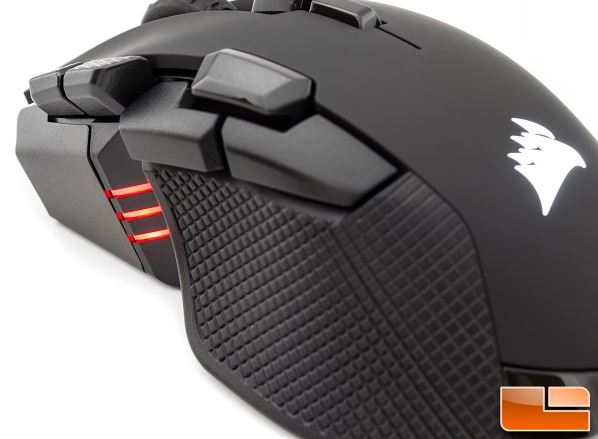 The additional buttons over the wired version made the Ironclaw RGB Wireless more practical even with productivity purposes. Like the Logitech G502 HERO, the Ironclaw RGB Wireless allowed for reprogramming of the buttons to really get the most out of the work I was doing. I am glad to see these three additional buttons that were absent on the wired version. 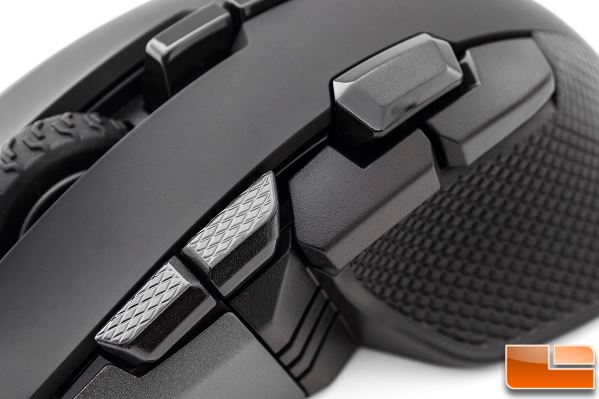 Like the Corsair Harpoon RGB Wireless we reviewed a few weeks ago, we can see the Ironclaw RGB Wireless has a similar power/wireless mode switch. This lets us toggle between using the SLIPSTREAM wireless receiver or bluetooth. For wired mode, we can set this to the off position. 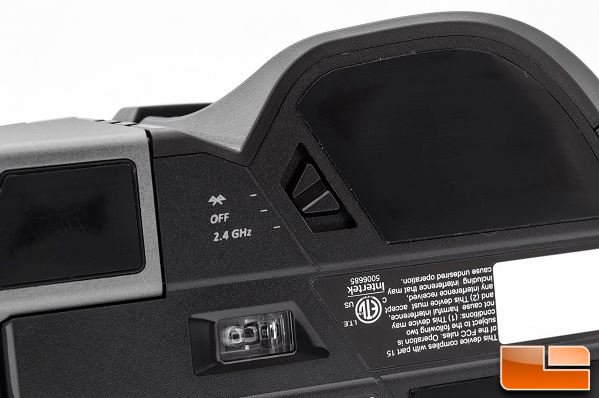 Something that was not present on the wired version were the front LEDs. These LEDs do add some additional character and style to the mouse, making it a better-looking mouse overall. But it may not serve a very useful purpose in terms of performance and battery life. 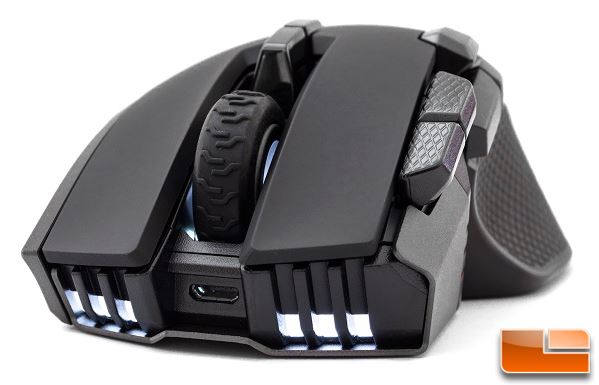 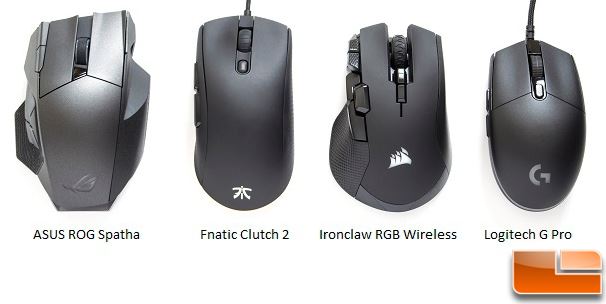 During my review of the wired Ironclaw gaming mouse, I was hoping to see a wireless version introduced sometime in the future. I am really happy to see that Corsair was working on one right as soon as I hoped for it. Because of that, I will be using the Ironclaw RGB Wireless mouse as my daily. I have gotten a good few days of use with a single charge of the battery, but most of that has to do with light-weight usage.

With this being the wireless version, there is no questioning whether it is heavier than its wireless version. It is heavier by almost 30 grams according to my scale, which is understandable considering it having a battery and the few extra buttons that were not present on the wired version. With the later Corsair products, the onboard memory profiles are a huge touch as they make these products portable when it comes to switching between different computers. This eliminated the need of the Corsair iCUE software from running during system startup, but the more complicated lighting effects will require the iCUE software running to work. 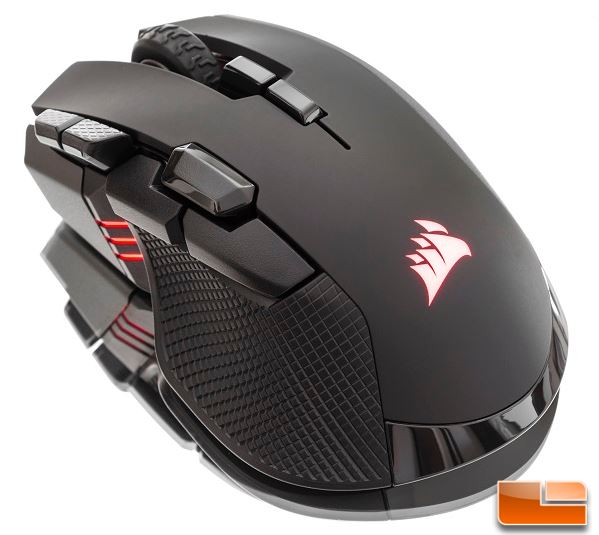 The Corsair Ironclaw RGB Wireless gaming mouse is available now for $79.99 shipped, which is $30 more than the wired version that can be picked up for $49.99 shipped. This is a good asking price for a wireless mouse considering the great performance of the 3391 optical sensor, software features, and a variety of ways to connect.

With more users switching over to mobile gaming, it makes more sense to develop wireless gaming peripherals that are easy to carry around. Wireless connectivity also plays an important role as laptop computers are getting thinner and thinner. This eliminates the standard USB port, but most will have bluetooth capabilities. The Ironclaw RGB Wireless gaming mouse is a great example of a product that is usable on both desktop and mobile environments with its various connectivity modes and performance.

When it comes to practicality, the Ironclaw RGB Wireless mouse is good for both gaming and productivity purposes. The three additional buttons provide more room to assign complex macros and functions, which can serve a useful purpose for video and photo editing. Because of its performance, features, and practicality, I am giving the Ironclaw RGB Wireless our editors’ choice award.

Legit Bottom Line: Whether you have a desktop or a laptop computer, the Corsair Ironclaw RGB Wireless gaming mice will provide great performance and exceptional battery life during gaming sessions and productivity purposes.