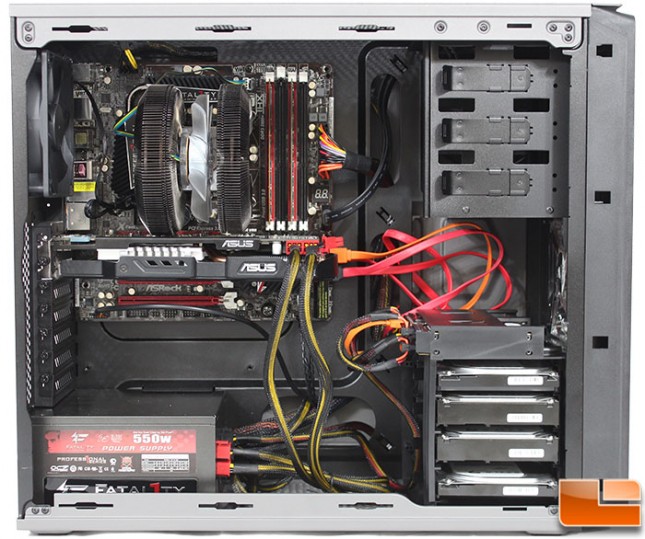 Being a mid-tower most systems shouldn’t have a problem being installed in the Graphite 230T.   As a Micro-ATX motherboard was installed, plenty of extra space was available to make things really easy to install.  While the 230T will support long video cards up to 320mm, multiple GPU configurations might run pretty close to the 2.5″ hard drive connections. 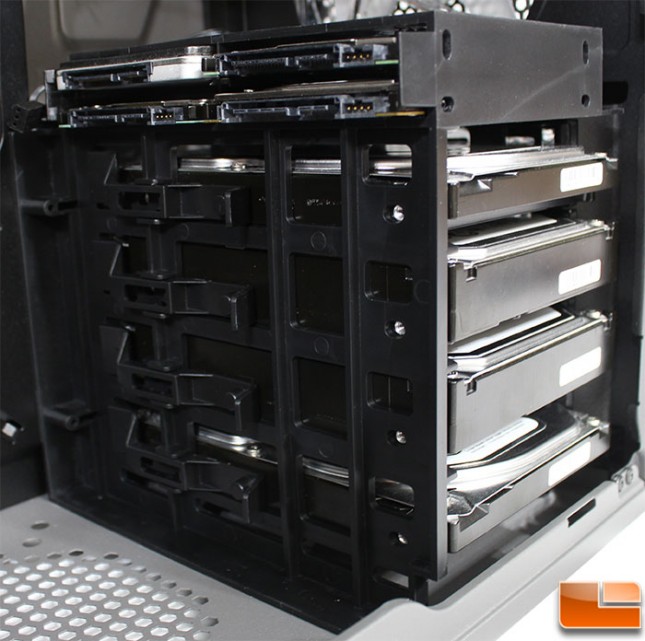 As previously mentioned, the hard drive cage will support four 3.5″ hard drives, and four 2.5″ hard drives.  These all slide in without needing any tools and are pretty secure.  In the 2.5″ bay, an Intel 530 series SSD, and three hard drives were installed; two of which were slim drives.  These had a little vertical movement to them but stayed in place when moving the system. 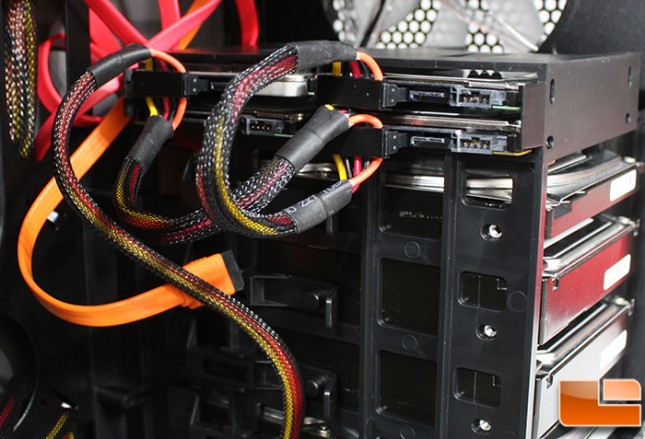 SATA data cables won’t be a problem doing the install for the 2.5″ hard drives.  The power cables on the other hand are a different story.  The drives are so close together that the power cables were rather difficult to connect.  I was unable to connect the power to the drives using the two in line power connectors, but could if I used one in line and the end power connector. 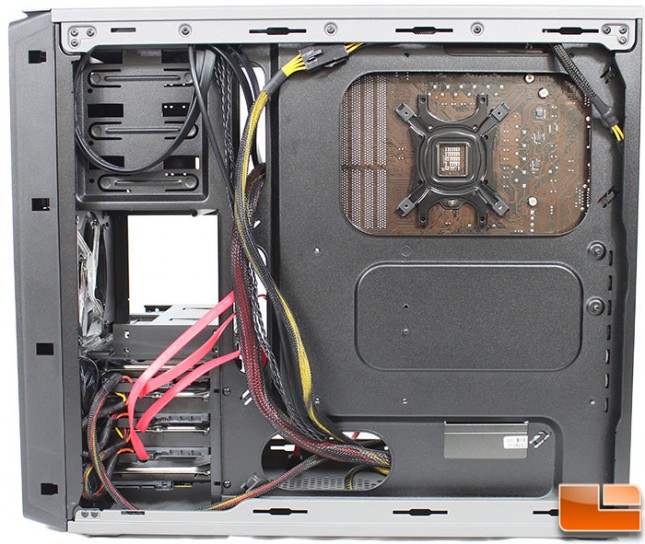 Checking the area for the CPU cooler support bracket, it appears that it can support most CPU installations.  The solder connections for the four DDR3 slots were visible so it would be plenty wide enough.  Vertically, there was enough space for the Zalman support bracket to be installed or changed after the install was completed.