The Interior of the Corsair CS450M 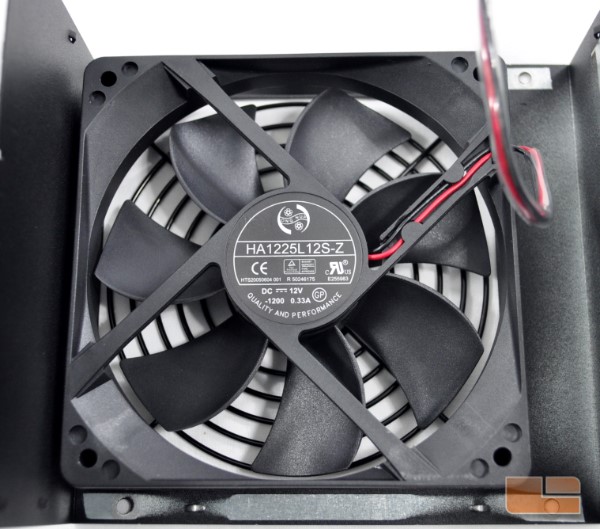 Hong Hua is the supplier of the 120mm fan responsible for the cooling of the CS450M. The part number is HA1225L12S-Z, from which it can be easily found that it is a basic sleeve-bearing engine model with a maximum speed of 1500RPM. 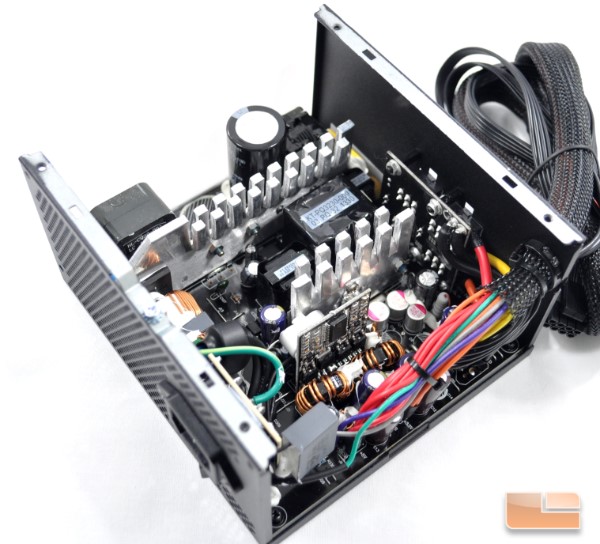 The CS450M is based on the design of an OEM which we have never seen making a Corsair unit before, the Chinese company Great Wall. Great Wall was the OEM of several high performance units in the past, therefore our expectations are high even though this is a new, previously unencountered design that we are dealing with here. The build quality is above average, with a very good soldering job and good quality components. 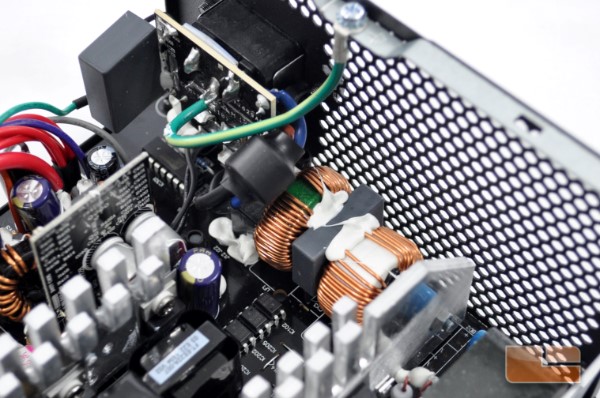 The filtering stage of the CS450M is starting on a small PCB at the back of the AC receptacle. There are four Y capacitors, two X capacitors and two filtering chokes, which form a fair filtering stage. However, there is no MOV, leaving the rectifier bridges exposed to surges. 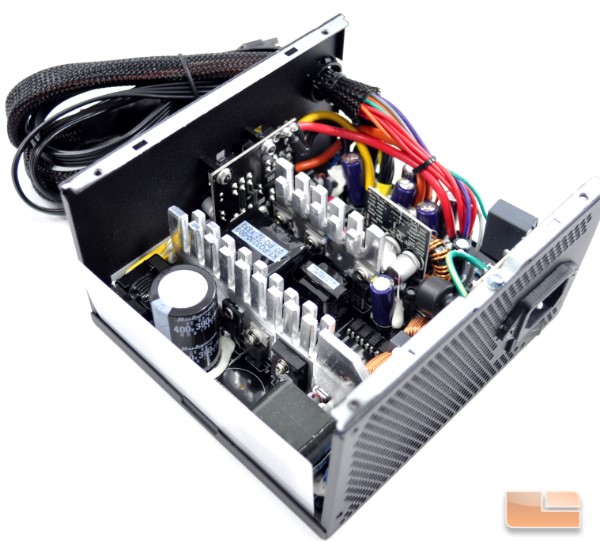 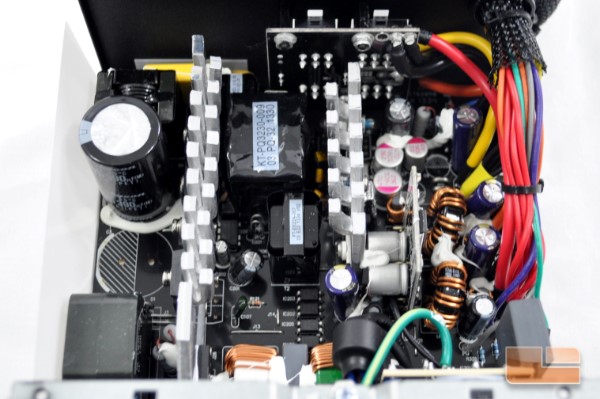 DC to DC conversion is being implemented here, with the secondary heatsink holding only four transistors that generate a single 12V line. The 3.3V and 5V lines are being generated by DC to DC conversion circuits and the 5VSB line by a small dedicated transformer. The secondary side capacitors are a mix of electrolytic and solid-state products, with most of them supplied by Teapo.