Back in August of 2009 Corsair blasted onto the scene with the much anticipated Obsidian 800D full tower case which quickly won worldwide acclaim as one of the best full tower designs on the market.  Since that time Corsair has released several cases playing off that success in their graphite and carbide series.  The latest iteration from their carbide series is the 500R that they sent over to Legit Reviews for a quick look. 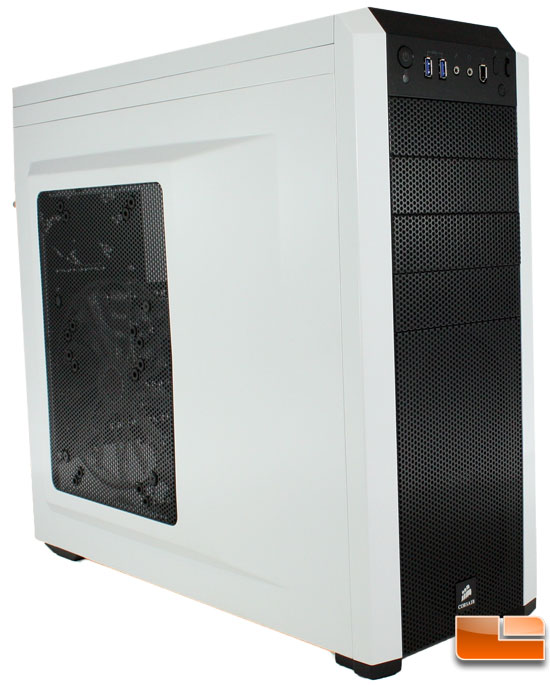 Corsair is a well known company that has been around since 1994 under the name Corsair Microsystems before it was simply shortened to Corsair.  They started with L2 caches for CPU’s before moving into the memory business and then over the last several years have expanded their product line to include cases, water cooling, power supplies, speaker systems, and SSD drives.
Corsair’s three case lines are basically five different cases and then a few versions of those cases.  In the Obsidian line you have the full tower 800D and mid tower 650D that have signature flat sided boxy shape and sharp corners.  The Graphite series has the single 600T in two flavors and it noted for its more rounded appearance.  Finally we have the Carbide series that started with the 400R and now includes the 500R with better cooling options at the value end of the price scale. The Corsair Carbide 500R comes in two colors, black and the currently trendy white sided version they sent us.

Here is video showing them building a system in a 400R, the 500R’s little brother but it is basically the same box with just a few more options on the 500R.