Last year, Corsair continued to expand it’s product lines from it’s background in memory and storage devices by introducing to the Bulldog, a VR-ready gaming PC designed to be used in the living room.  The Bulldog is available as either a barebones system priced at $399, or a full ready to use system which will vary in price depending on the components.  For those that aren’t aware, a barebones system included the basic components to as a base to build a full PC.  Within the Bulldog, is a mini-ITX motherboard, power supply, and a CPU liquid cooler.  In order to complete the system, you have to select your CPU, Memory, storage drives, and an optional graphics card.  The Bulldog 2.0 is a refresh of the original Bulldog, system designed to support the latest Intel Kaby Lake processors with a Z270 based motherboard. 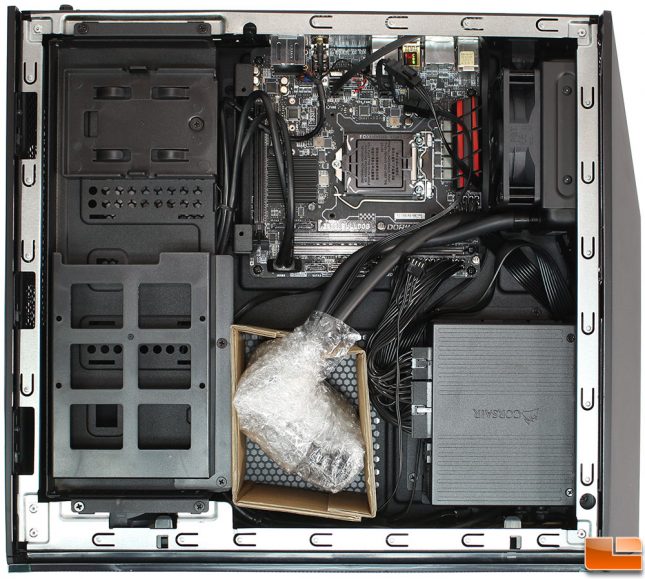 Within a small chassis, airflow is going to be a major focus, as you need to keep components cool is critical when building a high end 4K and VR capable gaming machine.  Corsair has a done a good job at making all everything easily accessible within a tiny footprint, which measures 404x448x145mm or 15.9×17.6×5.7in.  In addition to the included Z270 mITX motherboard, SF600 power supply, and the updated Hydro H6 SF CPU cooler with a new quieter ML series fan, Corsair has provided support for a 2.5″ SSD and a 3.5″ hard drive (or up to 3 2.5″ SSD’s), a liquid cooled graphics card (up to 300mm in length). 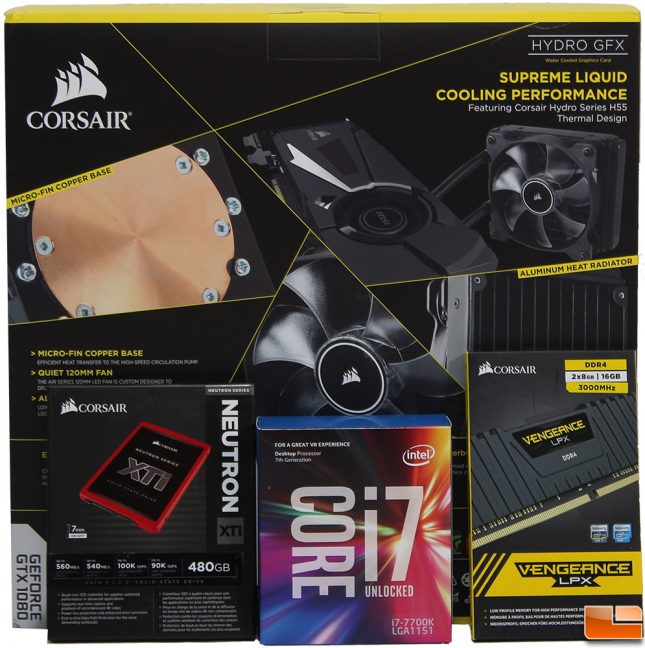 The Corsair Bulldog 2.0 barebones kit is $399, so by the time you add in the other pieces that we were loaned for this review the total cost of this system would be around $1457.95 shipped.

Now let’s take a brief look at the Bulldog 2.0 itself, before building the system and taking a closer look at it.