Last summer, Corsair impressed
enthusiasts and experts alike with the release of the AΧ1200i. As it
was stated in our review at the time, the highlight of the AX1200i was not the
overall performance of the power supply, which was great nonetheless, but the
DSP control instead, which DSP allowed users to monitor and control not only
the power supply itself but other hardware as well. On the other hand however,
the 1200W power supply certainly is exceedingly powerful for the vast majority
of users, even for most hardcore gamers and overclockers. To that end, Corsair
today announced the release of two smaller AXi models which should cover the
majority of the enthusiast’s market, the AX860i ($249.99) and the AX760i ($229.99). We put the
AX760i to the test and today we bring you its thorough performance review. 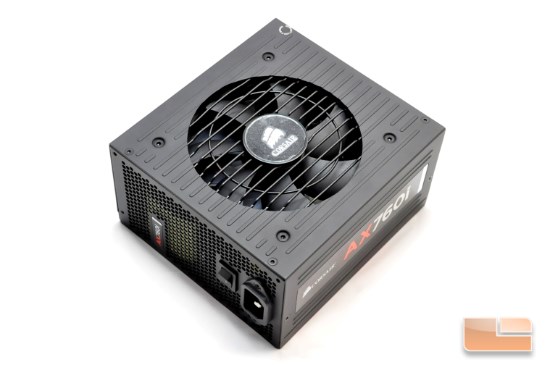 Unlike the AX1200i, which was based on the AX1200, the AX760i is an entirely new platform and different than the previously released AX750, which AX750 the company also refreshed today with the release of the AX760, a version of the AX760i without the DSP control interface. The MSRP price of the AX760i is $229.99; not a low price for a unit with that kind of output but still a whopping $120 less than the massive AX1200i. 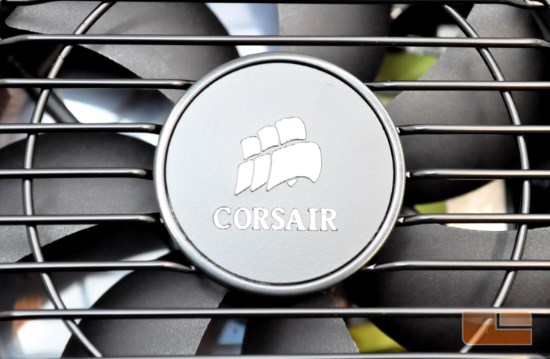 Still, the highlight of this power
supply remains the DSP control which Corsair implements via their Corsair Link
USB interface. The interface allows the end user to monitor the power supply’s
performance through a windows based application in real time. It also allows
users to control certain features of the power supply, such as the behavior of
its fan, the OCP protection levels, etc. The software also monitors
temperatures and fan speeds of other devices it can recognize, such as the
drives and the CPU, plus it offers the capability to create graphs, profiles
and other fancy features which crazed tuners will surely appreciate. We should
note that the software is compatible only with Windows 7, although we managed
to get it working on Windows 8 as well, even though the HDD temperatures were
reported incorrectly. Mac and Linux users however will not be able to use the
software at all. 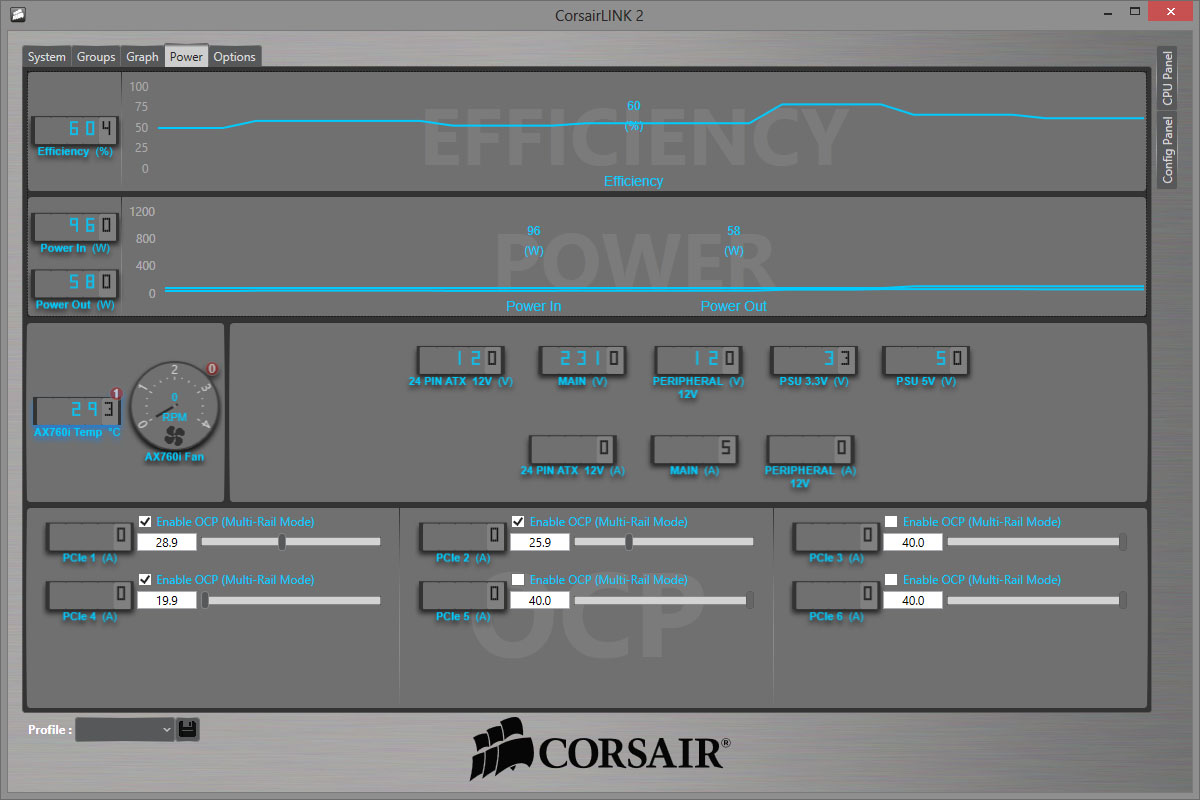