Corsair Memory announced the Flash Voyager Mini series back on June 12th, 2008 and to be honest it seems like it became one of those products that got overlooked in the market. I personally didn’t even know about the Corsair Flash Voyager Mini series till just the other day, but with so many different USB Flash drives on the market it is pretty simple to not know about a particular series. A quick check at Newegg shows that they carry 272 USB Flash drives, so purchasing a USB Flash drive can actually drive you nuts if you don’t know what you are looking for! 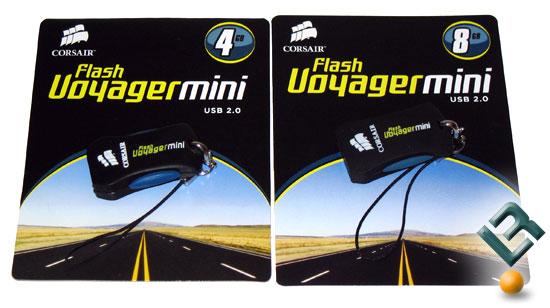 The Corsair Flash Voyager Mini that I am looking at today was designed by Corsair to be the smallest form factor possible that could still maintain the look and features that made the Flash Voyager line so popular. I have the original 4GB version (Part number CMFUSBMINI-4GB) and the new 8GB version (Part number CMFUSBMINI-8GB) for testing, so no matter what size you are considering this review should be of use for you! There is no outside difference between the two models, so we’ll take a closer look at the 4GB drive and move on to testing.

The Flash Voyage Mini is a USB 2.0 Flash drive that is about a third of the size of regular USB drives, with a weight of only 5.4 grams. The Voyager Mini uses an all-rubber housing, just like the Flash Voyager, to protect the data placed on it against severe temperature, moisture, or physical abuse. Corsair backs the Flash Voyager Mini with a 10-year Limited Warranty, so if it ever does fail you won’t be getting your data back, but at least you’ll get a new drive. The 4GB version you will have 3.85GB of free space available to store files on, but if that is not enough space the just released 8GB version has 7.52GB of free space. Obviously, the 8GB version is better suited for those that might want to store or transfer larger amounts of data. 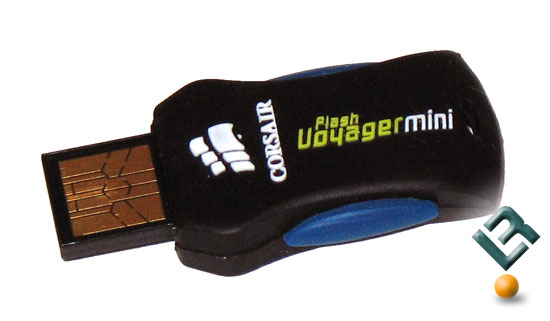 The Corsair Flash Voyager Mini features a cap-less design, which means you’ll never loose the cap! In order to use the device you’ll have to use the retractable connector plug, which easily opens with the flick of the thumb. If you thought you could pick up a lot of girls playing with a Zippo lighter doing bar tricks you haven’t seen anything yet! Now is also a great time to point out that there is not an activity light on the drive, so it is up to you to make sure that you’ve finished transferring all your files before you removing the Flash drive.

With the flash drive flipped over you can see where the magic happens.  The only downside to this design is that dirt along with lint and everything else from your pockets make it into the ‘guts’ of the Voyager Mini. With this gap in the drive you can also figure out that Corsair achieved this design by using Chip-on-Board (COB) technology, which allows the entire USB connector to be easily retracted into the drive. 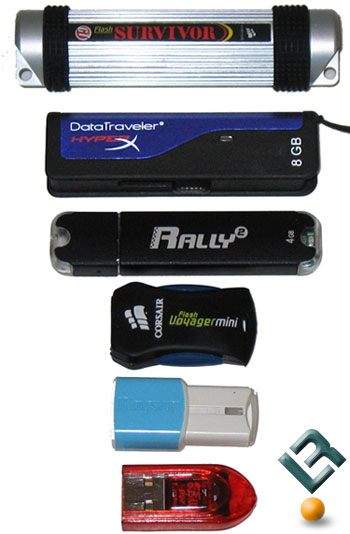