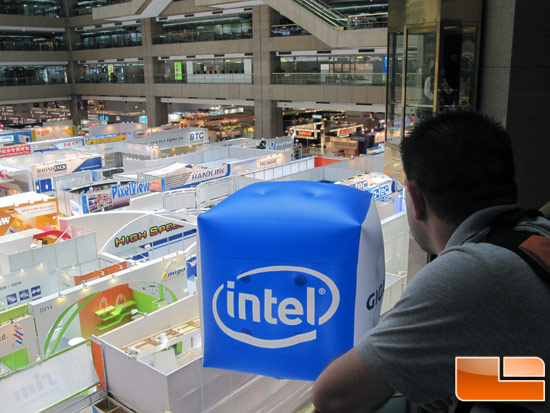 COMPUTEX in TAIPEI is world’s second largest and Asia’s largest ICT tradeshow, and begins tomorrow. COMPUTEX TAIPEI is one of the few ICT tradeshows with continued growth (in scale, visitors, and exhibitors) in the face of global economic downturn while some other tradeshows had to reduce their exhibition days and areas. 1,750 exhibitors have signed up for COMPUTEX TAIPEI 2010, using 4,700 booths– an increase of 50 exhibitors and 205 booths from previous year. It is expected the show will attract a record-breaking 35,000+ international buyers this year. The platform that gather the best partners, prices, concepts, and components generated business worth an estimated US$20bn last year. 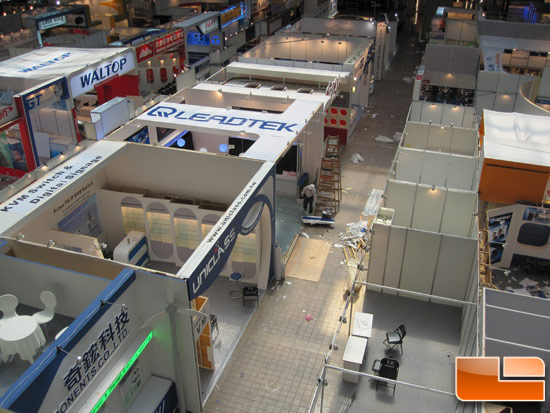 Legit Reviews is here in Taipei a day early for some briefings and scheduled events. We had an opportunity this morning to check out the behind the scenes set up process. They get an incredible amount of work done in very little time, as you can see from the photo above that things are far from complete! 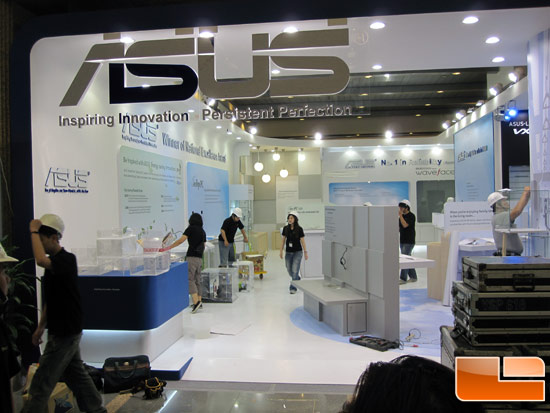 ASUS has a major presence here at Computex. Here you can see one of their main booths being contructed. 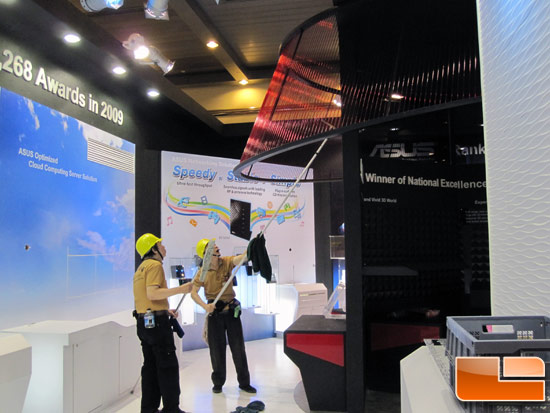 We turned around and ASUS had a second booth being contructed also. This particular one was for the Republic Of Gamer line of products and many of their enthusiast lines of product. 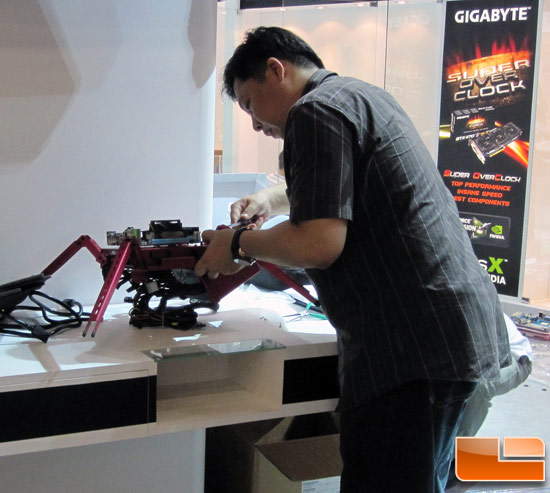 On one of the main show floors we spotted one of Gigabyte’s boots. There we spotted this spider looking case made by Lian Li. We couldn’t get any closer than this photo and got no details, but it appeared to support a Mini-ITX platform. Short on details and what the status of production is, we hope to get more information about this very interesting case in the days ahead. 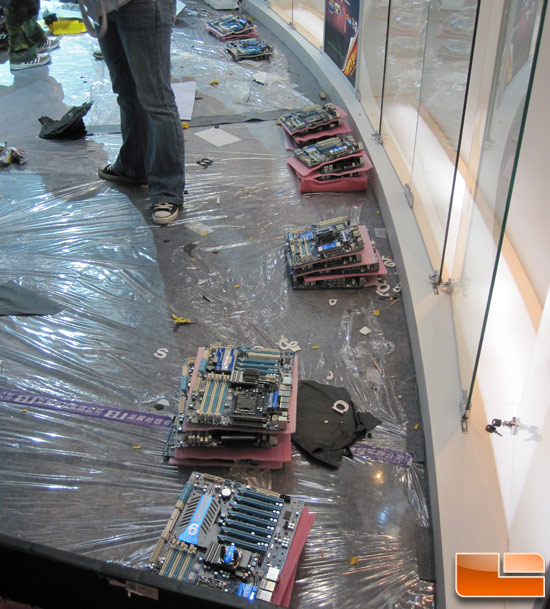 Gigabyte had a ton of motherboards to hang up on the wall, so it will be interesting to see their booth tomorrow, but for now let’s take a look at some products that we managed to take a sneak peak at!