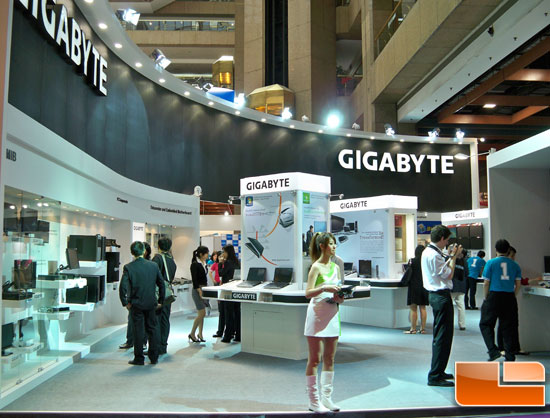 Gigabyte has a beautiful booth set up at the TWTC Hall here at Computex. With plenty of knowledgeable staff on hand to help out anyone who has a question, it leaves you with a really good impression. 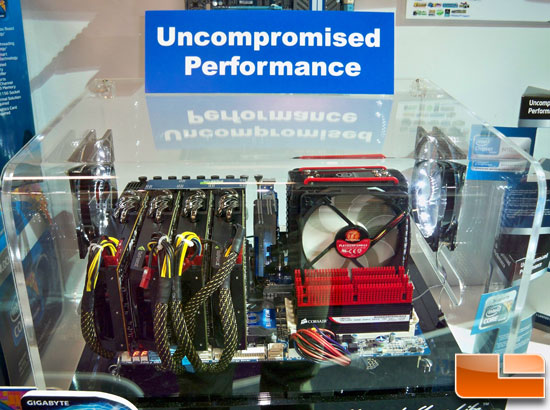 The thing that caught our eye first was the awe inspiring GA-X58A-UD9. Known affectionately as the UD9, this monster has 7 PCIe x16 lane slots available for as many video cards as you care to throw at it. As it’s based off of the original X58 chipset, Gigabyte has updated it with a USB 3.0 controller and SATA 6G. 8 SATA ports are available. In the photo above you can see it in a 4-way CrossFireX configuration. 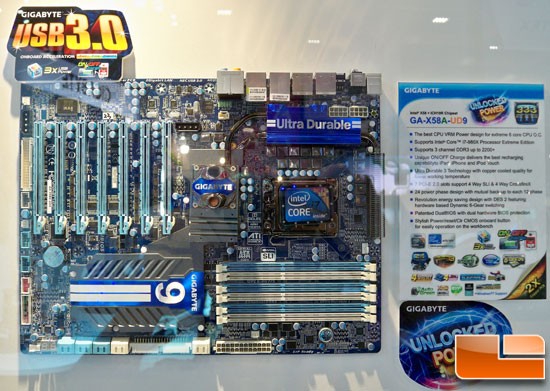 Some other features are the new 24 phase Unlocked Power design, and On/Off Charge technology which allows iPhone, iPad and iPod touch devices to draw more current from GIGABYTE motherboard USB ports than standard USB ports allow, with the added benefit that the PC can be on, in standby mode or even off. 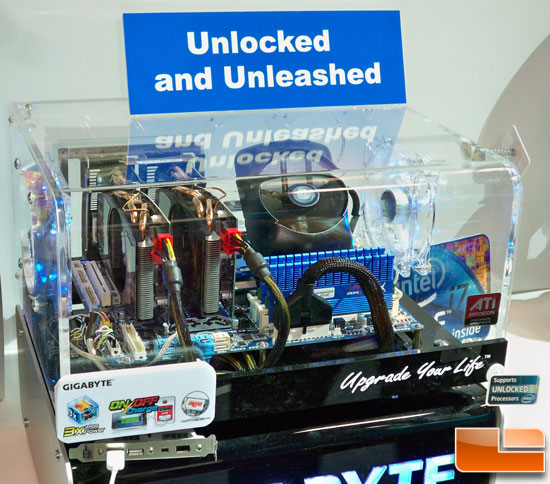 Gigabyte also had their P55A-UD7 on display, showcasing the new unlocked Intel i7 875K and i5 655K processors. This is another model that supports the On/Off Charge technology. 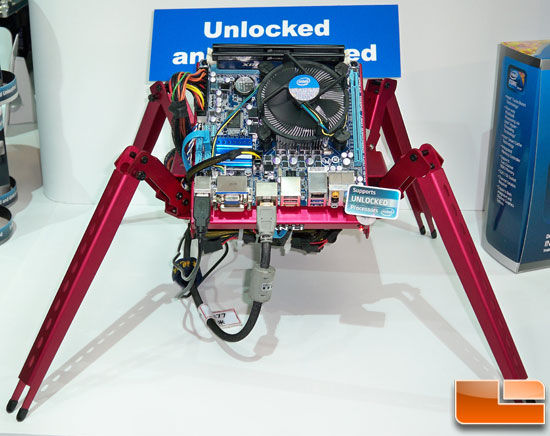 The final motherboard that we wanted to show you was the recently launched GA-H55N USB3. As the name suggests, it’s a H55 Intel chipset. The twist here is that it’s the first Mini-ITX motherboard to support USB 3.0. 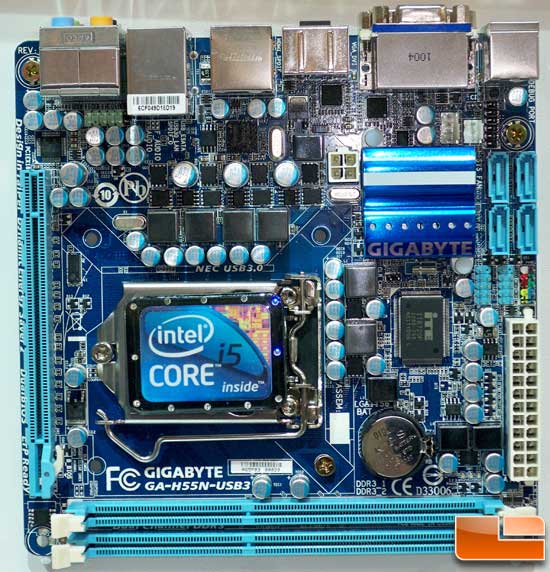 Without it being in/on the Lian Li Spider case you can get a better idea of the layout, which is quite good. Some of the highlights include 4 SATA II ports, a 4 phase CPU VRM, and 2 phase for GPU/Memory. With support for overclocking, a x16 PCIe slot, DDR3 1600MHz, D-Sub port, DVI-D port, and an HDMI port, this could be the perfect solution for someone looking to build a small yet very powerful gaming system.