Computex has been really busy this year, so our coverage today has been cut short due to time constraints as we are leaving for China tomorrow.  Be sure to check out our day one coverage of ECS, HIS, MSI, Kingston, CoolIT, Enermax and Thermalright in our previous article and today we will continue with Gigabyte, PC Power & Cooling, OCZ Technology, Super Talent and Antec. 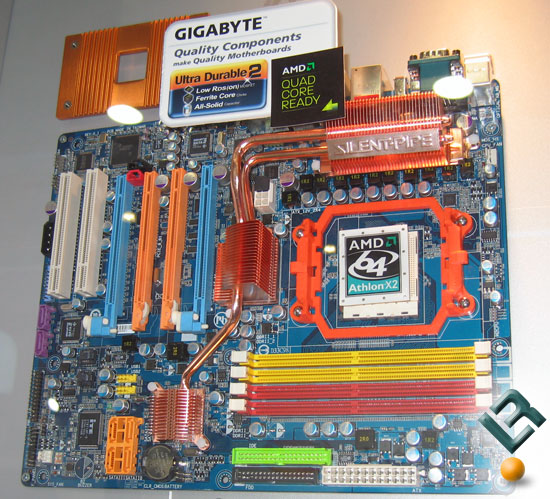 First up to bat is the Gigabyte GA-M790-DQ6 motherboard that features AMD RD790 + SB600 chipsets for support of future technologies like AMD Phenom processors and next generation quad-CrossFire graphics. It has the usual beefy copper heat sink design for good cooling performance and uses all Japanese SMD solid capacitors. 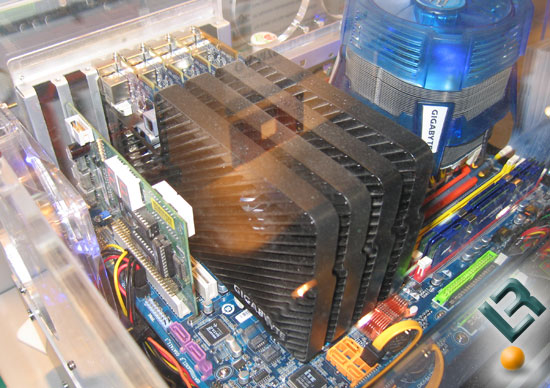 The Gigabyte GA-M790-DG6 motherboard was also the only motherboard that was actually running four cards at Computex, so here is a picture of the motherboard in action.  Four Gigabyte Radeon HD 2600 XT’s were used as they are single slot solutions. 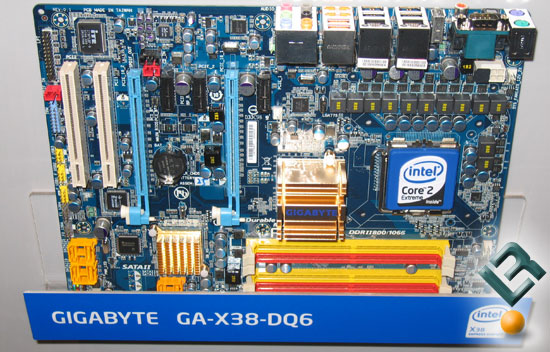 Gigabyte also had their GA-X38-DQ6 and GA-X38T-DQ6 motherboards on display, which both feature the Intel X38 Express chipset and only differ in the memory type that they use.  The GA-X38-DQ6 will be the DDR2 board and is pictured above while the GA-X38-DQ6 will feature DDR3 memory. 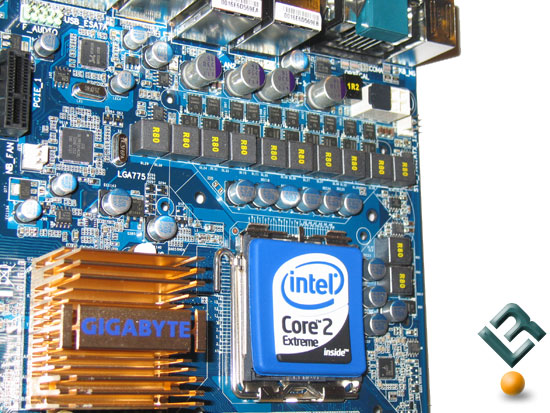 All of the Gigabyte Intel X38 Express equiped motherboards feature 12-phase power, which is impressive to look at! 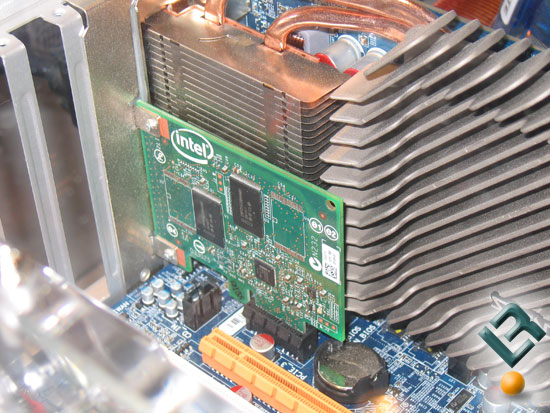 While walking down the demo display row at the Gigabyte booth we saw this add in x1 PCIe card installed in just one system.  It turns out that this is a 64MB memory card that uses Intel Turbo Memory Technology. 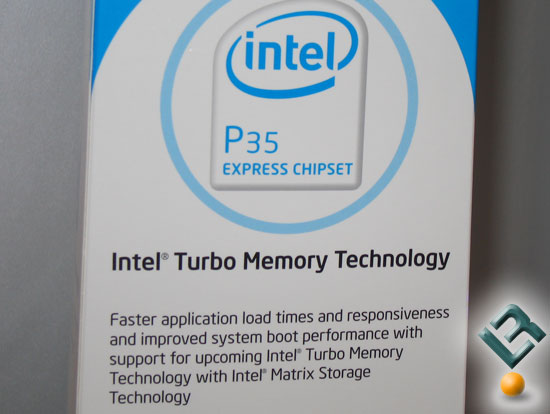 For those that follow the tech industry this is something like Intel Robson Technology that Intel has previously announced on their notebook division. Basically it used uses non-volatile memory (Flash memory) to increase system responsiveness, which make multi-tasking faster and leads to a better computing experience – or so they tell us. No word on when these will be out for the public or how much this cards will cost. This just happens to be an internal Intel sample that was caught in the wild!