Elitegroup Computer Systems Ltd (ECS), the world’s leading motherboard, barebone system and notebook manufacturer, is celebrating its 20th anniversary in the global market this year and had some special events going on at Computex to celebrate. 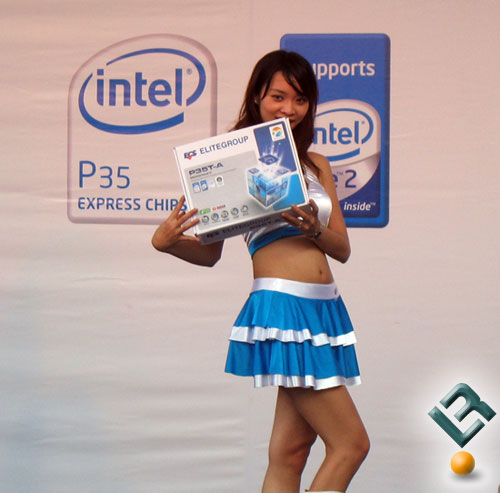 During one of their events they were spotted promoting their Intel based P35T-A motherboard with the help of booth babes and I guess the marketing worked as I took a picture! 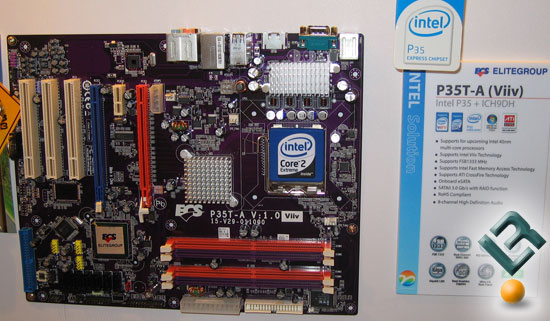 ECS was showing off their entire line of motherboards that supports Intel’s upcoming 45nm Penryn processor inside at their booth. ECS currently has several different Intel P35 Express Chipset motherboards, but they believe that the P35T-A will be the one that is the most popular due to its features and price point. 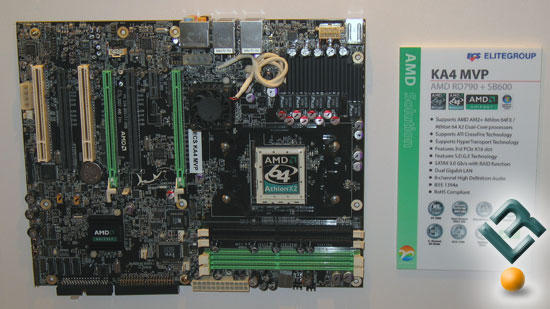 ECS also had the reference AMD RD790 board on display and had it labeled the KA4 MVP, but it doesn’t seem that the KA4 MVP will be anything like the reference design.  ECS is going to remove one of the four PCIe slots on the board.  This will mean that having quad-crossfire is out on the video card side of things, but since quad-crossfire isn’t scaling that good it doesn’t sound like a bad move on their part for now. I guess time will only tell if it was the right move to make.  The color scheme on the board will also be different, so other than the name KA4 MVP we don’t know for certain how the board will turn out!