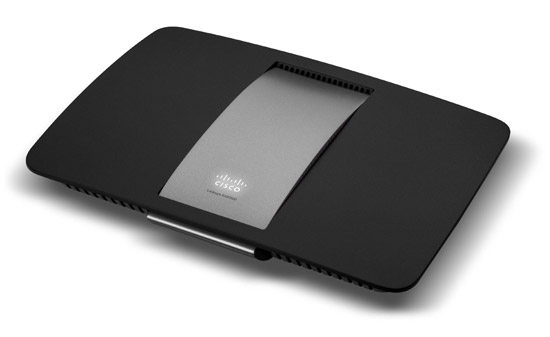 We wanted to test our router in a real world application so we connected the Linksys EA6500 to a PC running Windows 7 64-bit and configured it using “Automatic” settings for both 2.4Ghz and 5Ghz bands. We then took a laptop PC containing an Intel Centrino Advanced-N 6230 wireless adapter and moved it 25-feet away from the router. We didn’t tell the client anything more than the SSID for each router and let it automatically choose the channel to connect to.  The routers were set to “Unsecure Mode” (for fastest data throughput), and with WMM / QoS turned ON. After connecting, we ran the PC application LAN Speed Test (LST) to measure file transfer and network speeds.

LST builds a file in memory and then transfers the packet without the effects of windows file caching.  It then reports the time and calculates the network speed. The latest version, (v.3.1.0), of this software was recently released which added a few new features with the ability to view average, minimum, and maximum speeds as well as test with simultaneous multiple streams. We found no measurable difference between the old version 2.0.8., just more features in the GUI. 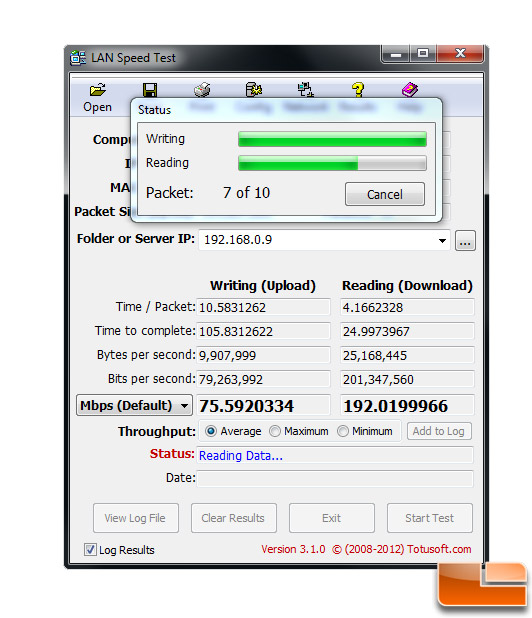 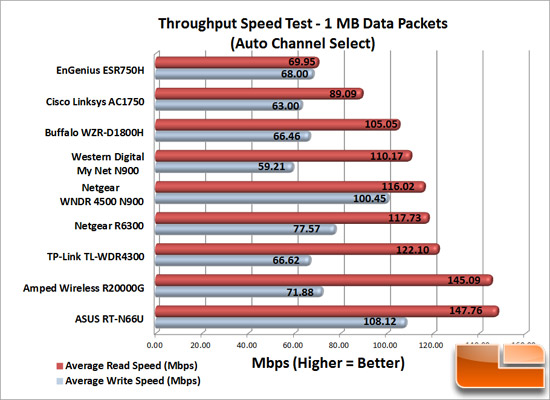 Test Results: The Linksys EA6500 wireless-n performance with Wireless-N is nothing to jump up and down about. The Average Read speeds for the EA6500 beats the much less expensive EnGenius ESR75H when looking at 1 MB data packets We really expected better numbers, or at least numbers that compared to our other AC routers in our test suite. 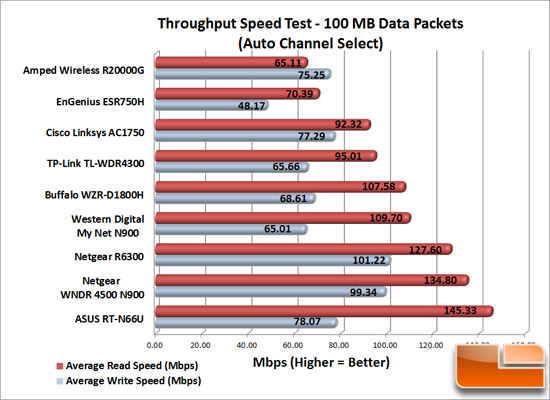 Test Results: To simulate multimedia files that you would normally encounter on your network, we take a look at 100 MB data test packets.  The 100 MB packets best simulate these multimedia data that passes via your Wi-Fi.  The Linksys EA6500 again scores below average when compared to other AC routers in our lineup.  While these speeds aren’t exactly slow, we were hoping that the MIMO (multiple input, multiple output) antennas would show better performance.