In years past, only the US was interested in exploring space. However, in recent years both Russia and China have a renewed interest in space exploration leading to a new space race. Nations again have their eyes set on lunar exploration and putting humans on Mars for the first time.

Recently, China test-fired a new solid rocket motor expanding the propulsion options for putting objects into orbit and beyond. The test of the solid rocket motor occurred on October 19 at a site in North China. It fired for 115 seconds. The new motor was developed by the Academy of Aerospace Solid Propulsion Technology. 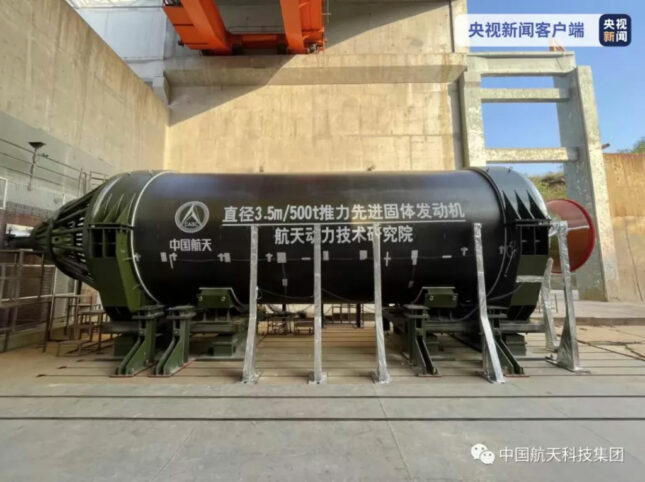 That agency is part of the China Aerospace Science and Technology Corporation. The rocket booster is quite large with a diameter of 11.48 feet and creates a maximum thrust of 500 tons. The rocket is powered by 330,000 pounds of solid fuel.

China bragged that it is the most powerful solid rocket motor with the most thrust ever tested. China plans to go even bigger in the future with the intention to produce a 1000 ton solid rocket engine.