Chevrolet Performance is taking a new and insane crate motor to SEMA for its official debut. The motor is called the ZZ632, and as the name suggests, it’s a 632 cubic inch V8 that is naturally aspirated. That is 10.4-liters of displacement.

Along with a monster displacement, the engine also makes monster power. It produces over 1000 horsepower and copious amounts of torque. Unfortunately, the engine has a price as high as its power numbers. 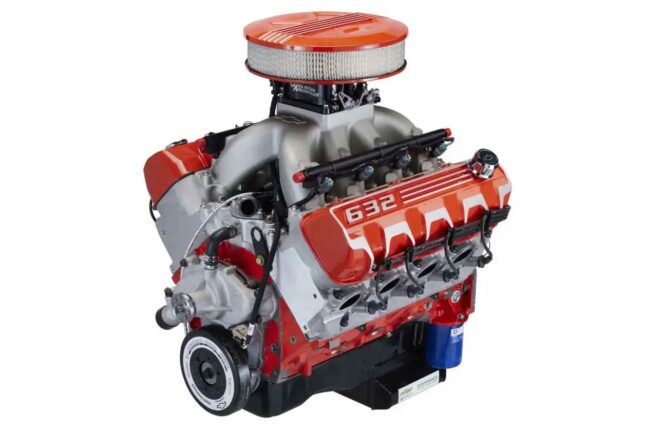 Chevrolet wants $37,758 for the ZZ632. That is thousands of dollars more than the similarly powerful Mopar Hellephant engine that makes 1000 horsepower at $29,995. The main difference is that the Hellephant engine is supercharged to reach its massive power number.

You can bet the engine will show up under the hood of something at SEMA 2021. The ZZ632 with a side of nitrous oxide or boost would be incredibly powerful.