Chevy Teases One More Corvette Z06 Detail Before The Reveal

Chevrolet has been steadily teasing new details about the Corvette Z06 ahead of its official reveal tomorrow, October 26, 2021. So far, we have a very good idea of what the car looks like, and we’ve learned several details. The new teaser video has been published, and it sheds a little more light on what we can expect from the flat-plane crank V-8 in the Z06.

In part of the video, we see a close-up of the instrument panel showing that the redline for the V-8 engine is 8600 RPM. That’s a very high redline and notably higher than the Mustang Shelby GT350/GT350R from Ford that also uses a flat-plane crank V-8 redlining 8250 RPM. 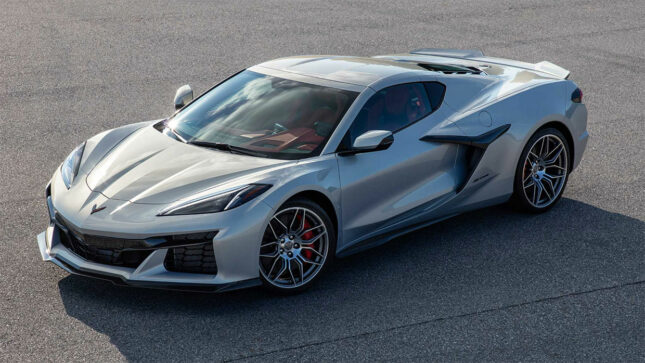 We also very much enjoyed the soundtrack in the video, giving us a listen to the distinctive sounds made by the flat-plane crank V-8. It sounds very different from the normal C8 Corvette.

There are still a number of mysterious details about the car, but we should learn all tomorrow when the vehicle is revealed. We hope Chevrolet will talk pricing. Considering the regular Corvette isn’t cheap, the high-end Z06 will certainly be a pricey ride.