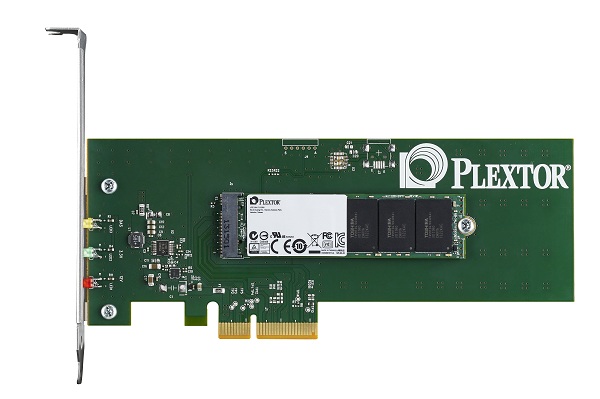 (LAS VEGAS – Jan. 6, 2015) – Plextor, a leading developer of high performance storage devices, will be unveiling the new M7e solid-state drive (SSD) with the complete line of solid-state drive products at the 2015 Consumer Electronics Show (CES) in the Plextor suite at the Aria.

Plextor plans to debut its next generation of solid-state drive, the M7e, which features PCIe Gen 2 x 4, enabling up to 2GB of information to be passed in one second. PCI express drives give gamers and high intensity users the maximum performance and synergy they crave from their devices.

“We’re excited to showcase the fastest solid state drives this year at CES,” said Lear Wu, Global Sales Manager for Plextor. “Our new offerings continue to keep Plextor at the forefront of the industry.”

The complete line of Plextor solid-state drives on display in the media suite includes solutions for the consumer, as well as industrial and automotive industries. Visitors to the Plextor suite will be able to test the M7e versus a leading competitor and other Plextor live SSD demos while speaking with members of the research and development team.

Plextor is a leading developer of high-performance digital storage equipment for professionals, consumers and enterprises. Plextor launched its first CD-ROM drive in 1989, and since then, Plextor’s prestigious multi award-winning products have set the standard for quality and performance. Plextor will continue to deliver generations of innovative industry-leading products, including Blu-ray optical disc drives, solid state drives, digital video converters and multimedia devices.