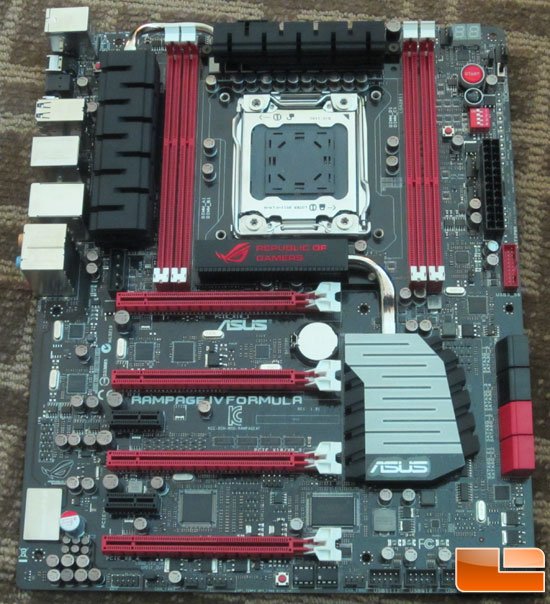 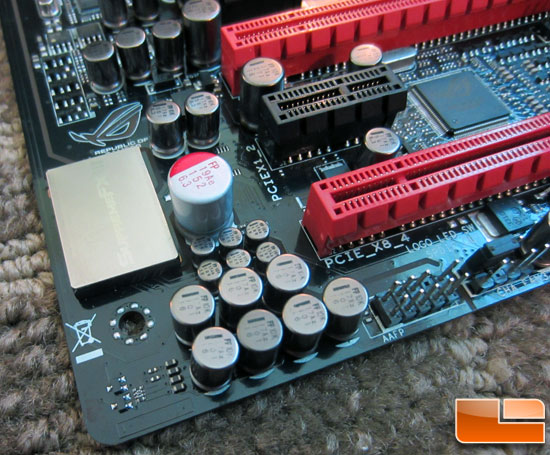 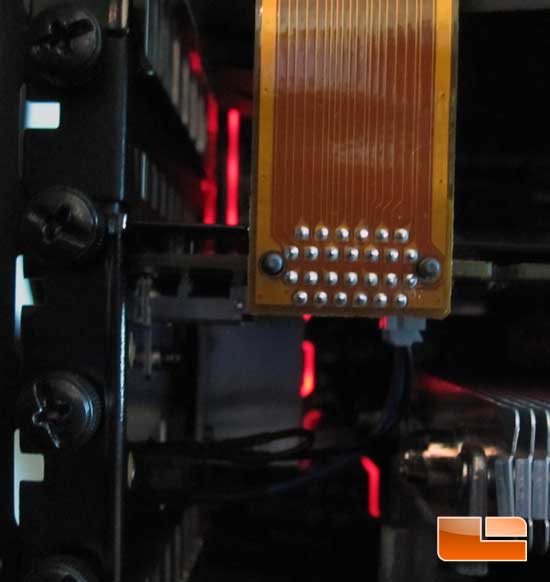 The I/O panel of the ASUS Rampage IV Extreme features four SuperSpeed USB 3.0 ports, six USB 2.0 ports, two eSATA ports, one PS/2 port for a keyboard or mouse, six audio jacks, a single Gigabit LAN jack, optical SPDIF out, clear CMOS, and the ROG Connect button. The white USB 2.0 port is designed for ROG connect, though it can be used as a standard USB port. 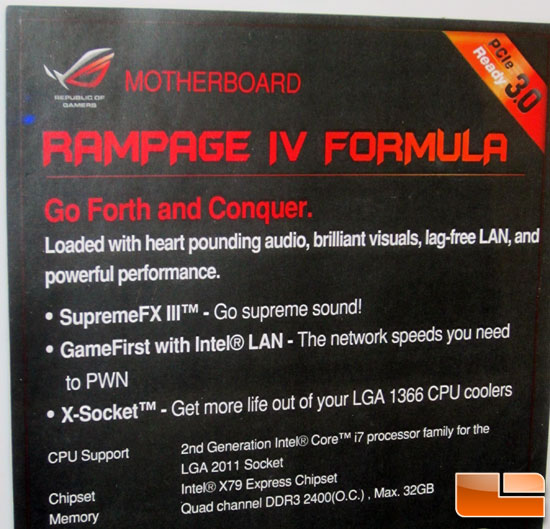 ASUS had a placard out that shows off the specifications of the ASUS ROG Rampage IV Formula. 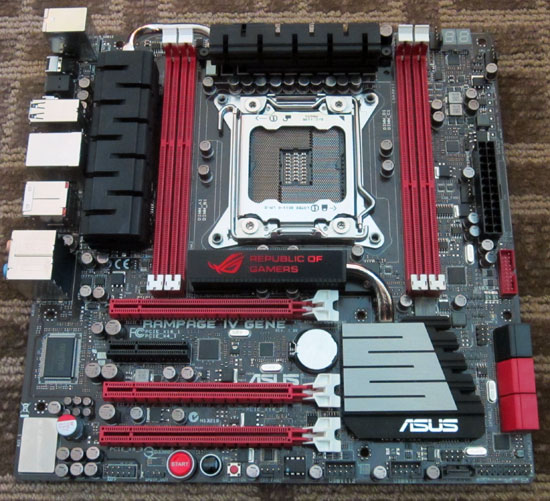 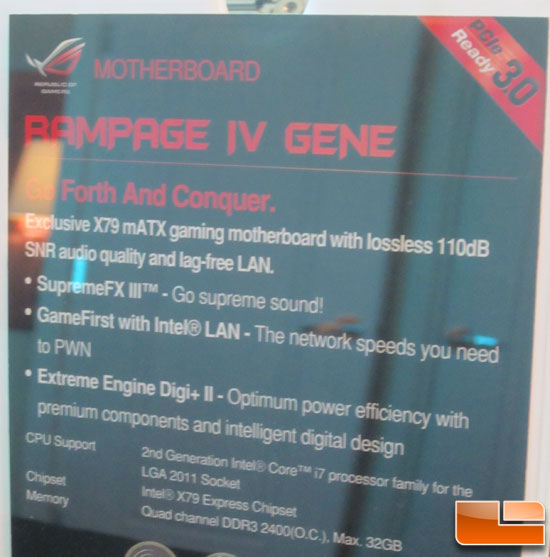 Above you can see the specifications that ASUS had out for the ASUS Republic of Gamers Rampage IV Gene.

We hope you enjoyed the coverage of the latest ASUS Republic of Gamers Rampage IV motherboards. We look forward to bring you a full review of each system board when the opportunity arises! Until then cheers from CES 2012 Las Vegas, Nevada!