In the realm of gaming peripherals you can’t overlook the crew at Razer. They have some of the coolest and no-compromise devices designed for gaming on the market today. They work with many professional gamers to design and develop products that help give even the average gamer a competitive edge. 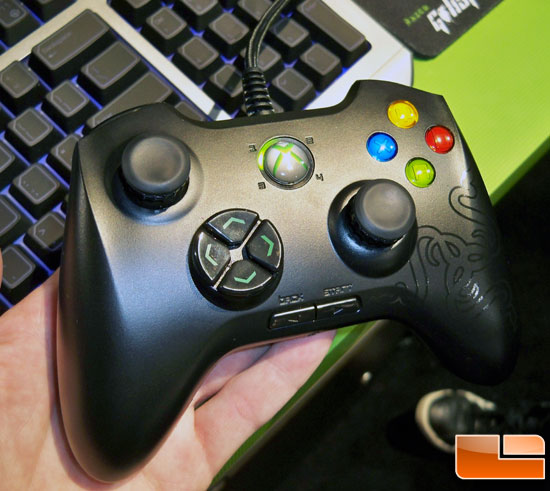 The first thing we were shown was the Razer Onza Tournament Edition. The Onza is quite clearly an XBOX 360 controller, with a healthy dose of Razer modding that takes it another level beyond a standard issue controller. The Onza has been in development for over a year now and it is highly anticipated. The Onza Tournament Edition features analog controllers that have adjustable resistance which is great for racing and FPS games where you may get too much movement too quickly. Playing around with higher resistance for just a few minutes I was already sold. With this feature alone the Razer Onza Tournament Edition controller may make you think twice about purchasing a steering wheel for racing games…it really is that good and at $49 is at an extremely compelling price point. 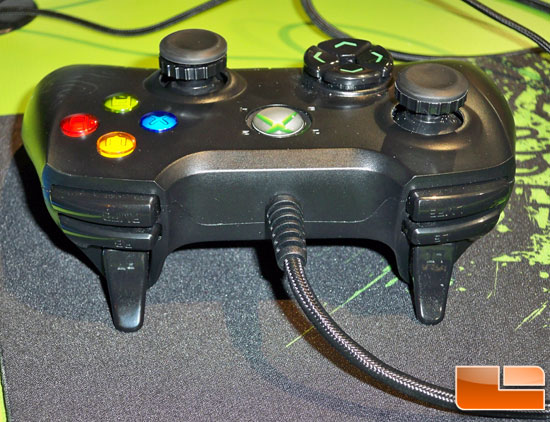 Another feature that we liked was the Multi-Function buttons on each shoulder, these buttons can be remapped to duplicate another button on the controller. Too many times have we wished that pushing the analog stick “in” was a horrible design and gameplay choice on the XBOX 360 controller. 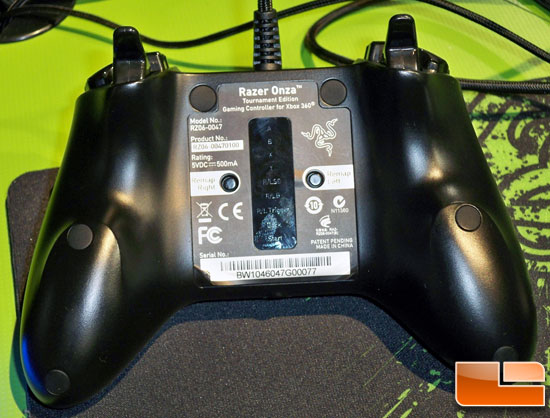 With the Multi-Function remap buttons you can easily change annoying buttons/functions to the shoulder buttons and improve your control of the game.

Holding the controller was nice as it features a non-slip rubber grip, it’s also very comfortable. The buttons and D-Pad all had a much improved feel. The non Tournament Edition Onza controller drops the rubber grip, adjustable resistance, and a few other minor features to drop the price to $39. I honestly don’t see anyone serious about enjoying games on the XBOX 360 getting anything other than Onza Tournament Edition. It is worth every penny of the extra $10. Look for both versions of the Onza to be available on Razerzone.com for pre-order January 17th!

Something we saw last year at CES 2010 was a controller that uses both hands to control the action in game. Developed in conjunction with Sixense, this year it’s being shown controlling Valve’s highly anticipated Portal 2 (coming in April!), in mass production guise as the Razer Sixense. It’s one of the most innovative controllers we’ve ever seen and is likely to be the best way to experience Portal 2. There will be expanded levels in Portal 2 available exclusively to Sixense owners that can only be completed with the help of Sixense.

This looks like an incredible way to experience Portal 2. Yes it will still be incredible on a mouse and keyboard, but to be interactive with the game in a truly hands on manner will bring it to another level.

One of the more intriguing products seen at the Razer booth this year is the Razer Switchblade. The Switchblade is a concept that brings an incredible design to gaming by replacing the traditional mouse and keyboard interface with an ultra-sensitive multi-touch screen, dynamic tactile keyboard, and an intelligent user interface that adjusts the configuration and key layout on-the-fly based on game content and user requirements. The keyboard is based on OLED technology and dynamically changes the look of the keys based on what program is running. Have a look at the demo to get an idea of what it looks like in action.