Mad Catz is well known for their gaming hardware and they had some really great things to show us at their private suite during CES 2011. The two products that we focused on were the MIDI PRO-Adapter and their gaming lights using AmBx technology which Alex gave us an overview and we recorded some video so you can have a virtual tour as well.

For exclusive use with Rock Band 3, the MIDI PRO-Adapter allows players to use their real MIDI keyboards or MIDI drum sets to play Rock Band 3. It plugs into the respective console via USB and works as an interface between the console and MIDI instrument. The MIDI data is converted into console controller data and translated into on screen action. 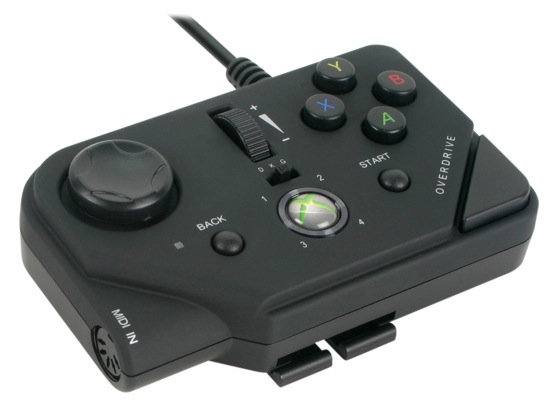 There are versions for all three of the major console platforms and each feature a D-Pad and standard gaming controller buttons for better integration and navigation of
the game menus. A clip is also provided so you can connect it to a belt or lay it on a flat surface. This makes a great learning tool for those trying to gain some knowledge and practice on an instrument and its relatively cheap at just $39.99. Of course, you still need a MIDI capable instrument so the costs could add up if you are starting from scratch.

There are a handful of televisions on the market now that project ambient lighting in conjunction with content on the screen and now that same effect can be added to your PC for games, music or movies. Their scalable lights allow you to add as many as you can fit and feature 3 LEDs that are capable of projecting up to 16 million colors. The included drivers read the dominant color schemes on your display and match those colors with the lights providing appropriate and dynamic ambient lighting. 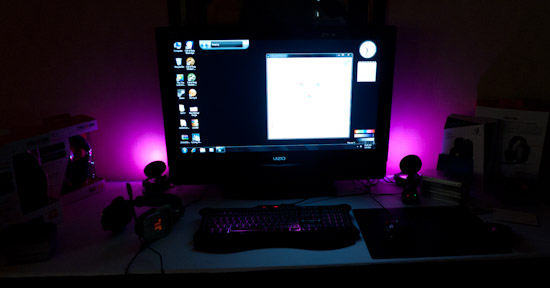 Available this month for $99.99 the lights connect via USB 2.0 interface and there are a few games like EverQuest and Far Cry 2 that are scripted to work specifically with this technology and we are told that many more titles are in the works as Mad Catz is providing software development kits to game developers. The CPU and memory resource requirements are very small as well so don’t worry about trying to play the most processing intensive games and giving up some horsepower. These also make a great party atmosphere to go along with music. 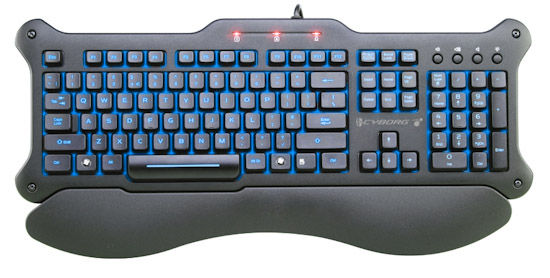 To add a little something to the whole ambiance thing, they will also roll out a keyboard that employs the same AmBx technology. The unique thing about this is that certain keys or blocks of keys can be color coded as part of the software, allowing the user to quickly find key for specific functions and provide a more user-friendly layout for games with many key-bindings. Expect to see this soon after the lighting system in Q1.