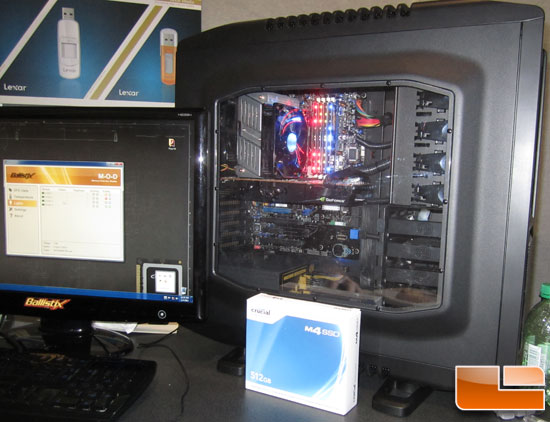 It has been a number of years since we had a look at Crucial’s Ballistix memory with the Tracer LED function. Today we have a demo of the latest in the company’s line of high end DDR3 memory they are calling the Crucial Ballistix Smart Tracers. The smart in the name comes from a couple of functions that have been added to the memory to differentiate it from the rest of the crowd. Sure it has the activity LED’s but they’ve been greatly enhanced.

In the video above you can see that they have added some really nice functions to the Ballistix Smart Tracers via the MOD Utility! Being able to change the light intensity, color, and even turn them off is very handy. By having two seperate part numbers for Red/Green and Orange/Blue Smart Tracers helps modders coordinate their components and themes. The other great functionality is being able to monitor the temperature sensors of the modules. The thermal sensor is part of the JEDEC specification for DDR3 but we are just starting to see it being used. It’s a great way to see how hard your memory is being pushed and to know if you need to increase airflow around the modules. It’s also nice that you can set alarms and even allow it to power off the system in the event the memory exceeds the threshold you’ve set.

Something not mentioned in the video is that the heat spreaders have been redesigned to be more effective, up to 30% in fact! Crucial backs up all of their Ballistix memory with a Limited Lifetime Warranty, so you know you’re covered by one of the most trusted names in the memory business.

Crucial Ballistix Smart Tracers are available now in several configurations and most importantly for Sandy Bridge CPU’s supporting the Extreme Memory Profile (XMP) at DDR3 1600MHz. They are currently validating 2133MHz speeds with Intel and expect those to arrive very soon.