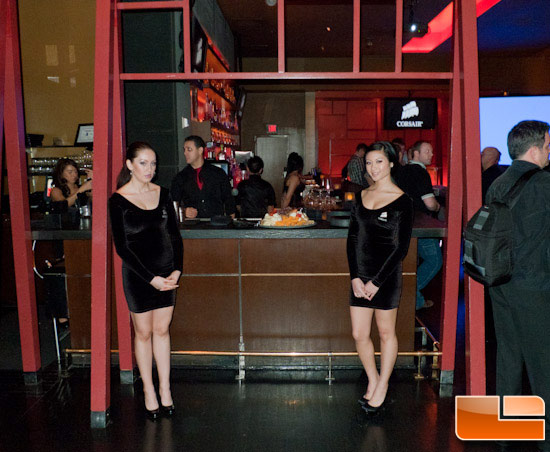 Corsair recently held their CES Press Conference at the V Bar in Las Vegas Nevada during the Consumer Electronics Show (CES) of 2011. Legit Reviews was fortunate enough to be among the press who were invited! There was quite a bit of eye candy and technology to keep the press occupied while we waited for the conference to begin. You, our readers, are fortunate enough that you will not have to wait among the company of the lovely women of Corsair and of the V Bar! You can have the highlights with out the wait! 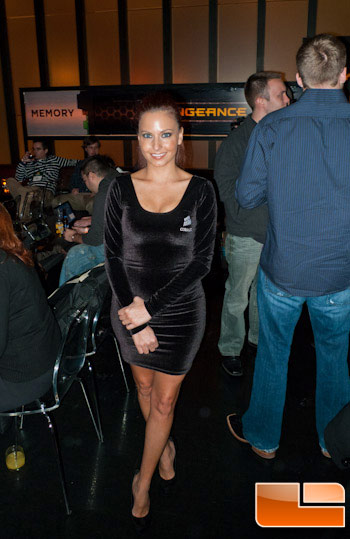 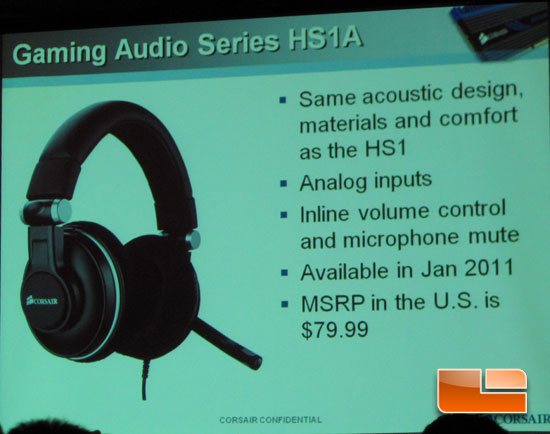 Corsair is making waves (get it, sound travels in waves) once again with the next product in their audio line up. Available in January of 2011 The Gaming Audio Series HS1A headphones will become available. The Corsair HS1 headphones will feature the same acoustic design, materials and comfort as its predecessor the HS1. The differences between the HS1 and the HS1A include analog inputs on the HS1A and a lower price tag which is always a plus! 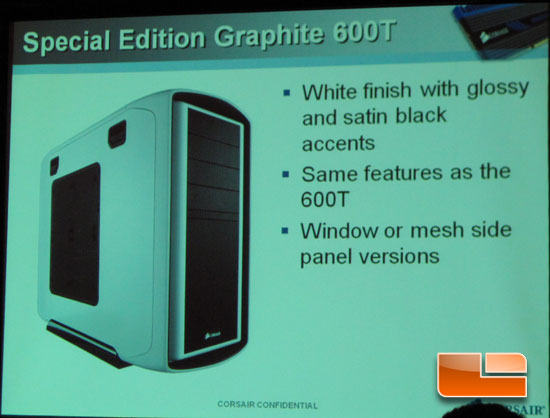 Here is a quick video of the press conference! 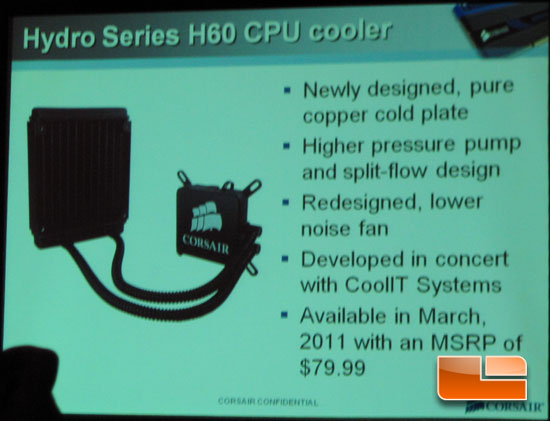 It is a busy time for Corsair as they are also releasing a new CPU water cooler. The Corsair Hydro Series H60 CPU cooler will fall just below the Corsair Hydro Series H70 in both price and performance. The cold plate of the Corsair Hydro Series H60 has been redesigned with a new micro-channel fin design which provides up to 85 fins per inch and is manufactured from a single, pure copper block. Corsair has also began implementing a split flow design. This brings the cooler water into the CPU block in the center and it flows outward to the sides. This cools the hottest parts of the processor first for better cooling efficiency. 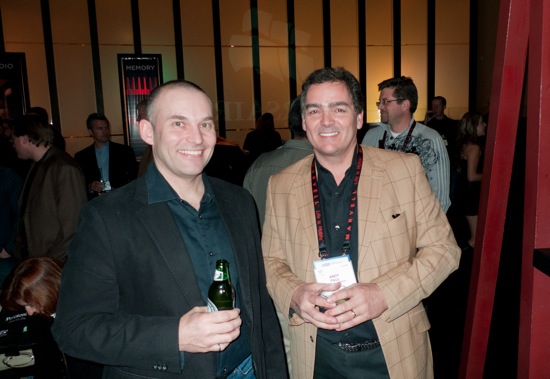 This week during CES 2011 CoolIT Systems and Corsair announced that the two companies, both leaders in their field were teaming up. The two companies teamed up to build a all new water cooling system for Corsair. Above you can see Geoff Lyons who is the President and CEO of CoolIT Systems and Andy Paul who is the CEO of Corsair sharing drinks at the V Bar in Las Vegas during the Corsair Press event. As you can tell both look to be pretty happy with the partnership. 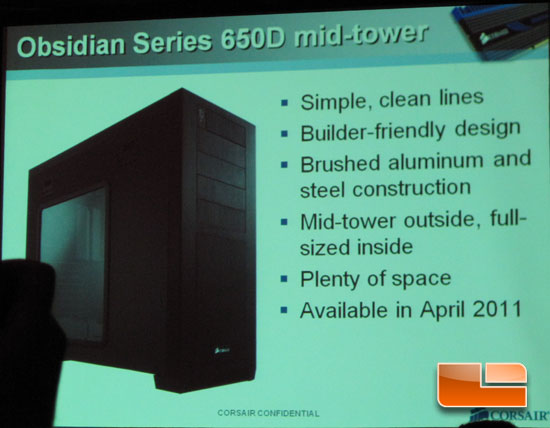 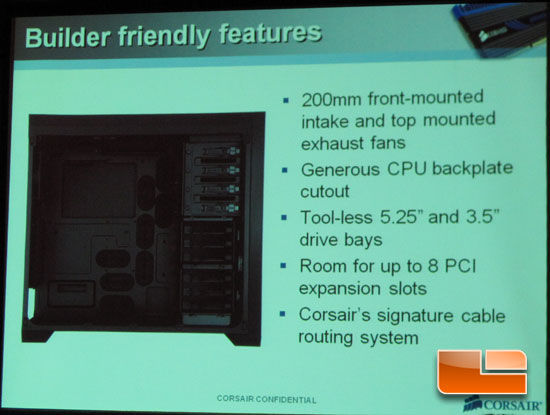 Featuring 200mm front mounted intake and top mounted exhaust fans the Corsair Obsidian 650D is sure to keep your components cool. The CPU backplate cutout is almost ridiculously large, more room is always better though. The 5.25″ and 3.5″ drive bays do not require any tools when swapping drives within the Obsidian 650D. The 650D has eight expansion bays as well as Corsairs signature cable routing system. 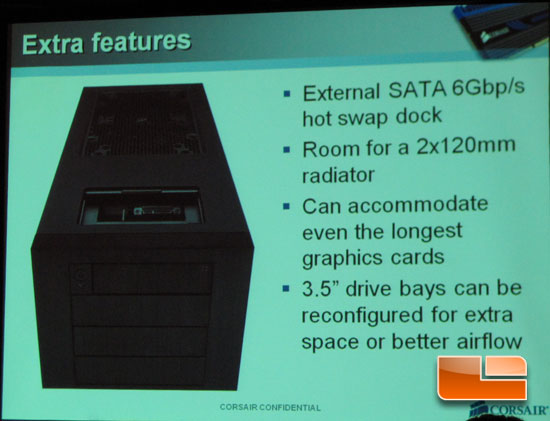 The top of the Corsair Obsidian 650D features an external SATA3 hot swap dock, room for a dual 120mm radiator, and can accommodate any graphics card out there! If you are in need of added cooling the 3.5″ drive bays can be reconfigure for better airflow. Let’s take a look at the new 2.1 speaker system that corsair is coming out with on the next page.