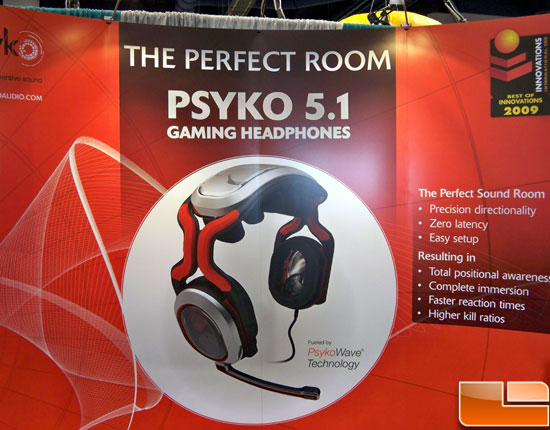 One of the most exciting things we saw on Friday was from Psyko Audio Labs. Judging by the buzz around the booth and others who had experienced using the headphones, we were the only ones. When I first saw these headphones I was a bit skeptical about them working. I got a brief about them and learned a bit about how they worked and was intrigued. After a few minutes of waiting in line behind many excited gamers, I finally got a chance to try them out myself. Wow! I don’t think I’ve heard spatial audio like that in a game even on the highest-end audio card on the market. 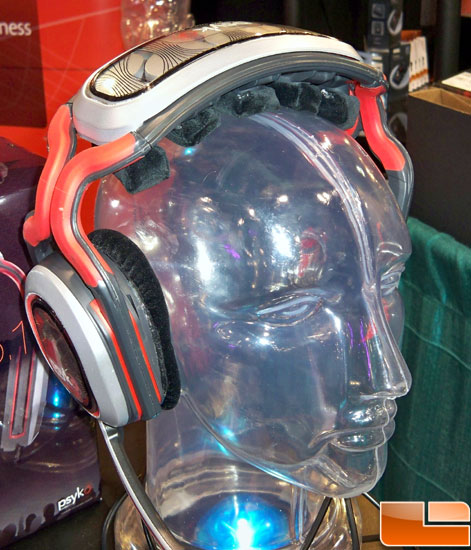 The demo stations were setup to run Call of Duty and it started off near a machine gun nest. By standing near the gunner and spinning my character around I could clearly define where he was in relation to my position. In my days playing Counter Strike wearing headphones and having a good sound card gave you a clear advantage because you had a better sense of where others were relative to your position. With the Psyko headphones, depth and position are extremely defined because it makes use of the audio channels your sound card is already putting out. So instead of trying to cram 360 degrees of audio into two speakers with software tricks, you have 9 physical speakers positioning you within that same sound field, just like your home audio system. The downside to having so many speakers and clever engineering is cost, at an MSRP of $299 they are on the pricey side of gaming headphones. If you’re a hardcore or professional gamer then this will not matter as your score should no doubt improve with a set of these. 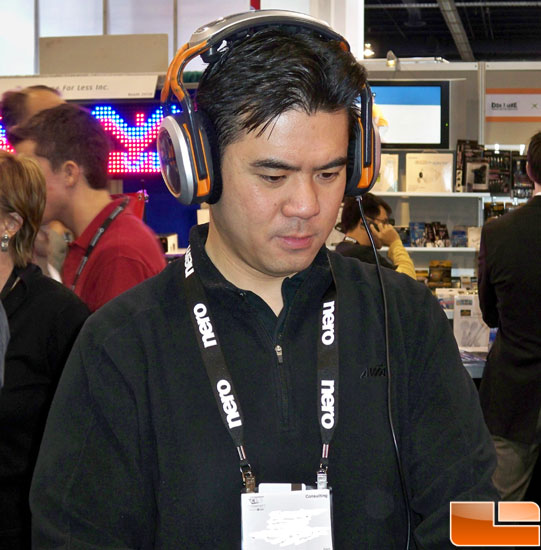 Here you can see how the headphones look on someone. They are a little bulky but are very comfortable to wear. I wouldn’t feel the least bit strange wearing these while gaming.

In this video John from Pysko Audio Labs gives a breakdown on what the headphones are and how they work. 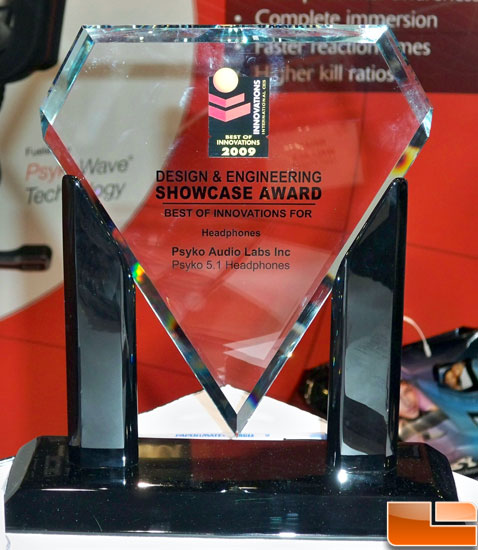 Every once in a while something comes along in the gaming and enthusiast space and changes the landscape. The Pysko headphones are such a product and will give gamers more immersion and enjoyment while fragging the competition.