PC enthusiasts and fast cars seem to go together nicely, so when I saw some Dodge Charger SRT-8 custom PCs at the Intel booth I instantly fell in love with them. Maybe it is the fact that I own one of DaimlerChrysler’s Street and Racing Technology (SRT) cars, but this is one of the sweetest looking small form factors (SFF) computers  that I have seen in some time. 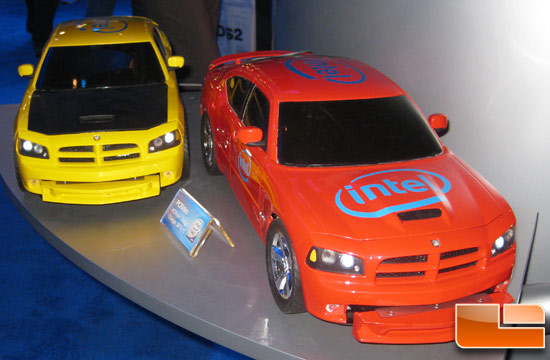 The chasis and case design seems to have been well done and since PCRide has a license to use the Dodge trade dress we expect that the body lines and scaling are close to the real deal. What is impressive is literally what is under the hood, an Intel Core 2 Duo 2.26GHz P8400 mobile processor! Not bad for the entry level model that runs $1,850 plus shipping for everything. You can customize your ride PCRide with either Windows Vista or Windows XP and toss in 4GB of memory if you wanted to. You can also go with a faster processor like the Intel Core 2 Duo P9500 (2.53GHZ), but that system is loaded up with memory and all the other features and will run you $2,495. 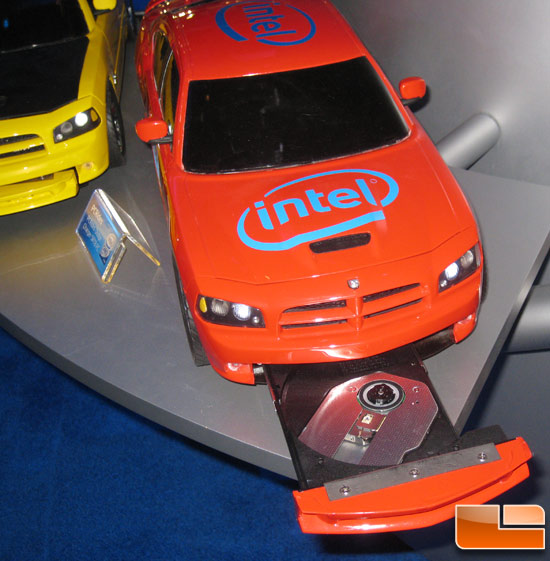 The only option that we didn’t see listed is a Blu-Ray optical drive as if I owned one of these it would be used for a HTPC. The reason behind that is I’d want to show it off to company that came over and this would look neat on top of the TV stand. The Dodge Charger SRT-8 chassis comes with working head and tail lights that indicate power on, and hard disk activity, a power button as the hood ornament to the car, and a DVD tray that slides out from the front bumper. 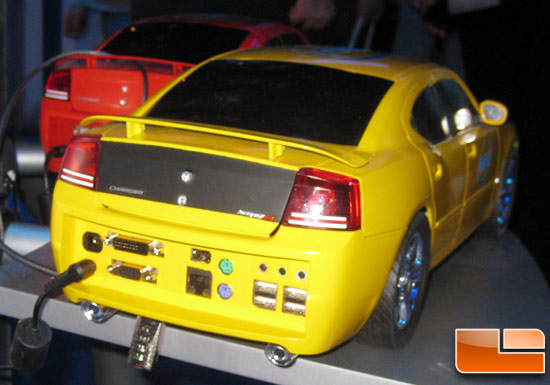 The rear of the card is where the magic happens and all the input/output connectors are found. Due to the design and size limitations of the 7″ x 9″ x 21″ chassis being used no add in video cards can be used, but the motherboard being used for the card has a DVI output to hook up to a digital display. The PCRide features built-in wireless Internet also, which is a nice touch! 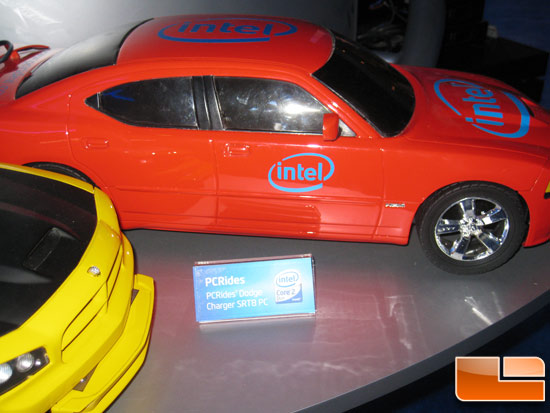 The PCRide Dodge Charger PC has been available for delivery since September 2008, so if you want one you can get one today!