Corsair Memory showed off the the industry’s first thermoelectric (TEC) cooled memory modules today at CES and Legit Reviews was on hand to take a look at this ice cold memory cooler. TEC’s used to be reserved for enthusiasts living on the edge of overclocking, before LN2 and Dry Ice became the “mainstream” it is today. TEC cooling your CPU or graphics card is not as popular as it once was but CoolIT and Vigor Gaming have made news over the last couple of years with TEC solutions. 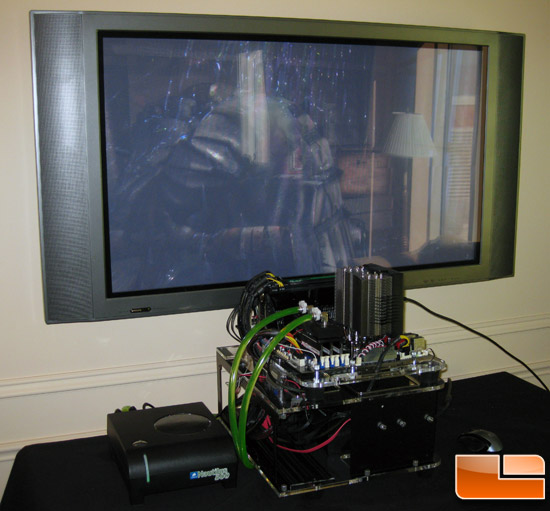 At the Corsair Memory hotel suite we got our first look at the highly anticipated thermoelectric (TEC) TEC cooled Corsair DOMINATOR GT DDR3 memory modules. Thermoelectric cooling uses the Peltier effect to create a heat flux between the junction of two different types of materials. One side of the Peltier cooler acts as a cold plate as the heat is transfered to the other side, which is known as the hot plate. All this is done by the flow of electrical current and it has worked very well for over a hundred years as the technology was discovered in 1834. 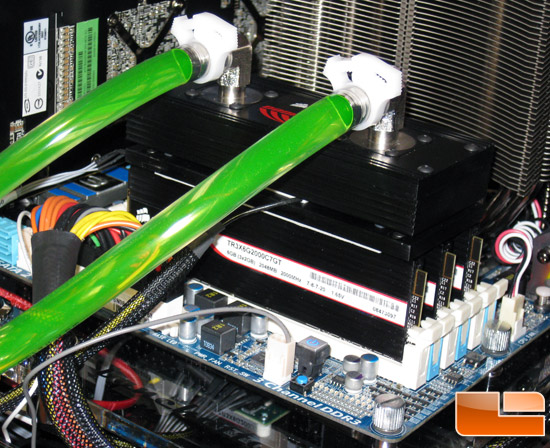 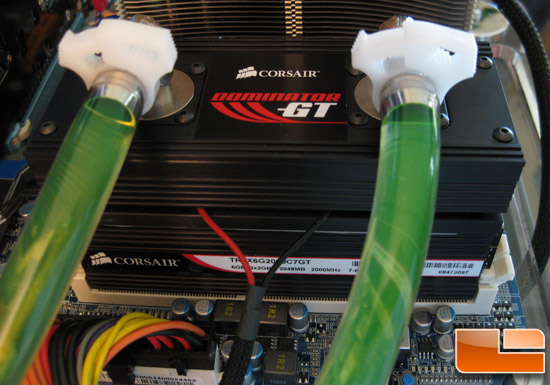 The red and black wires in the picture above run to the plates that make up the single Peltier cooler that i being used on the modules. 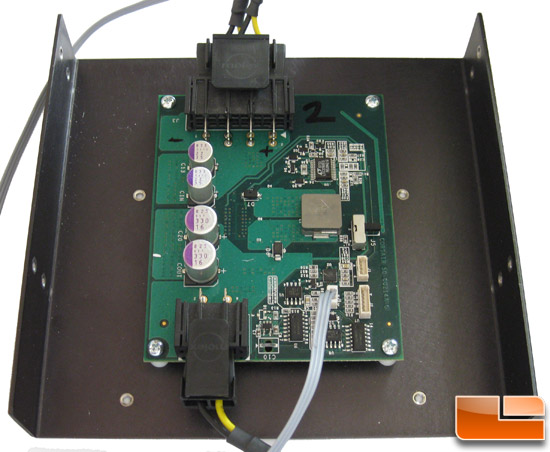 Since the cold side of the TEC will actually build up mositure that could drip on your system components a humidstat was developed by Corsair that would prevent condensation from building up. This humidistat is nothing more than a printed circuit board that was designed to fit inside an open 5.25″ drive bay in your chassis. The humidistat then connects to a humidity sensor on the modules as well as two 4-pin molex connectors that are needed to power the unit. Since the cooler needs two 4-pin connectors we can only guess that it uses a fair amount of power. 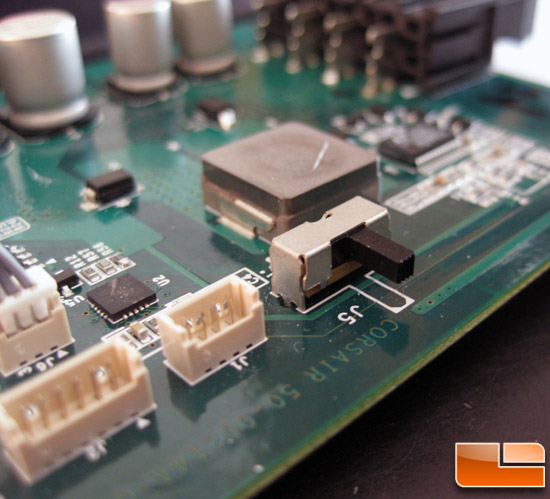 Taking a closer look at the circuit board we find a switch that is used to adjust the TEC from running with the humidistat enabled or turned off, which means that the system would be running at full cooling capacity. When running all out, the cooler was able to build moisture that started to freeze, so this memory cooler really does get things frosty. 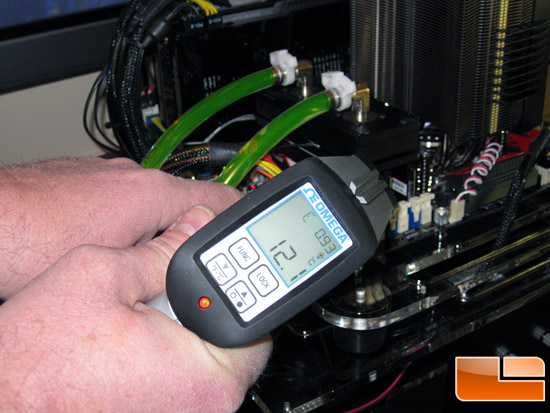 To get an idea of just how cold the memory modules would get we grabbed the Omega High-Temperature Handheld Infrared Thermometer and found that the TEC cooler was running at about 11-12C here in Las Vegas while running Windows Vista.