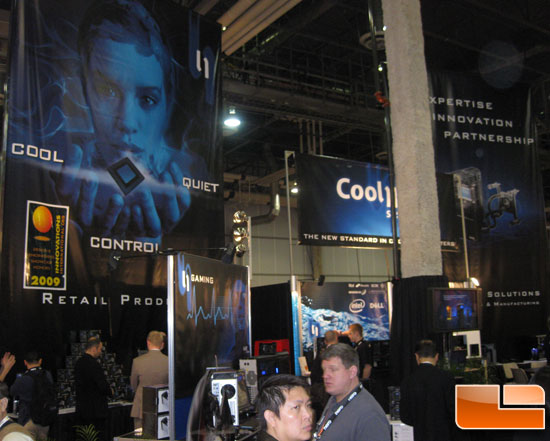 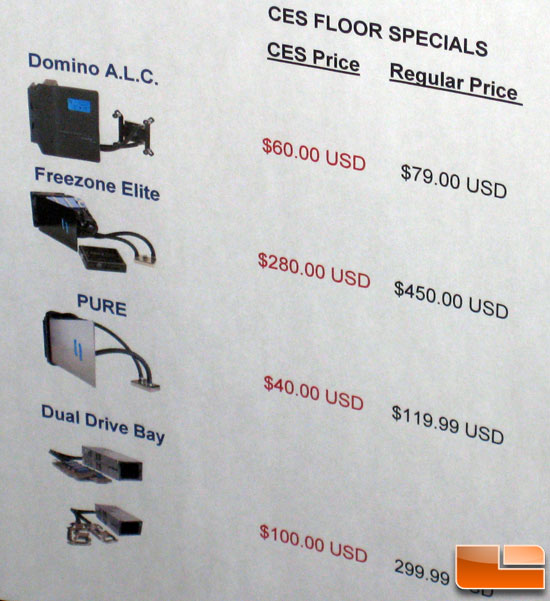 The very first thing that caught my attention was the fact that CoolIT Systems was selling coolers at the show at drastically reduced prices. The CoolIt Pure CPU cooler is currently selling for $98.99 on Amazon.com, but at the show you could walk out the door with one for just $40.00!  The just released CoolIT Domino A.L.C.  that we loved so much when we reviewed it was selling for just $60.00, which is a 24% price drop in a product that has been on the market for less than a month. 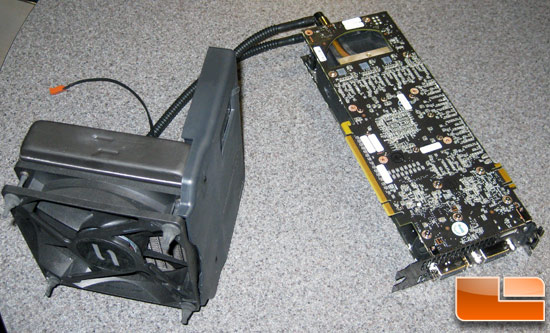 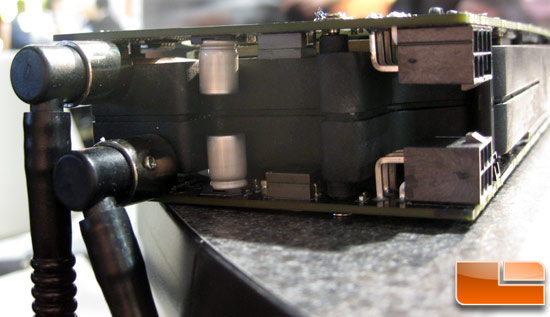 Taking a closer look at the card you can see the water block located between the two PCBs and the inlet and outlet hoses at the edge of the card below the power headers. 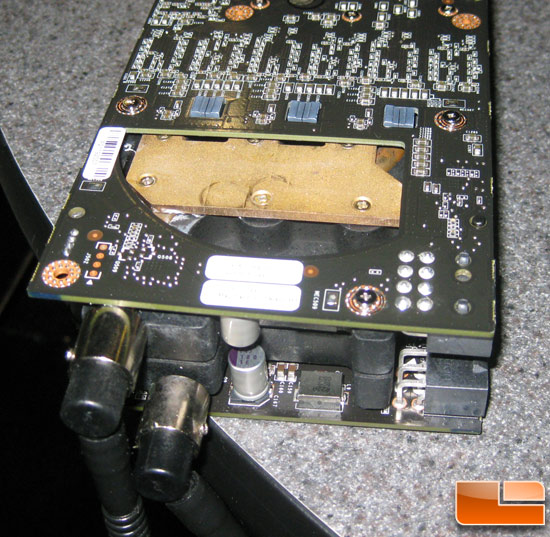 The spot where the old cooling fan used to be located is a water block now, which is strange to look at considering the card just launched while at the show and I just got done benchmarking one with a fan. No word on pricing yet, but with the CoolIT Domino A.L.C. costing just $60 at the show an inexpensive water block might make water cooling a GeForce GTX 295 the cost effective thing to do. 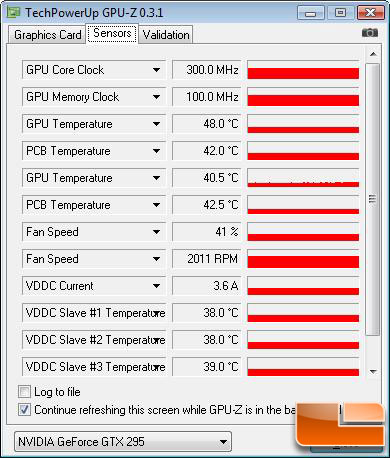 The NVIDIA GeForce GTX 295 has improved cooling over many of the older cards, but it still idles at 44C. It will be interesting to see what this kit will be able to drop the temperatures down to and we will bring you those results when we get the kit!