SanDisk has had SSD UATA 5000 1.8″ drives on the market for a year now at both 32 and 64-gigabyte (GB) storage capacities. These small SSD drives are designed to be a drop-in replacement for the hard disk drive, it delivers far superior durability, performance and power efficiency – keeping mobile PCs working optimally in the toughest of conditions. At the International CES 2008, we spotted the SanDisk SSD SATA 5000 1.8″, with an impressive 72-gigabyte (GB) of flash memory on board this 5th generation SSD. 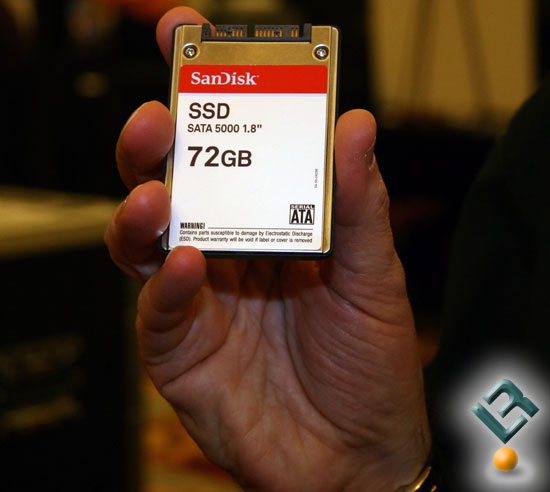 The move to a SATA inteface means that the SSD is thinner, which means that mobile devices can be smaller. SanDisk informed us that the SSD SATA 5000 1.8″ has been trimmed down in size and weight to fit inside new, sleek laptops. It measures only 5mm in height, and weighs less than 45 grams. With SATA drives being thinner it might only be a matter of time that UATA drives will be phased out. With no moving parts, SSD does not need to spin up into action or to seek files in the way that conventional hard disk drives do. This means the drives have less parts that can break and SSD speeds are starting to catch up and pass even the fastest hard drives. 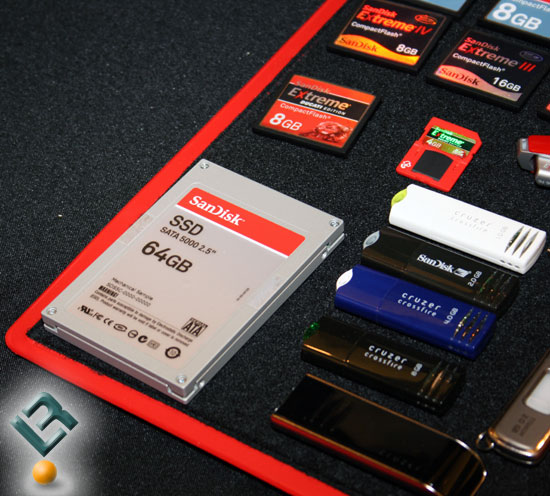