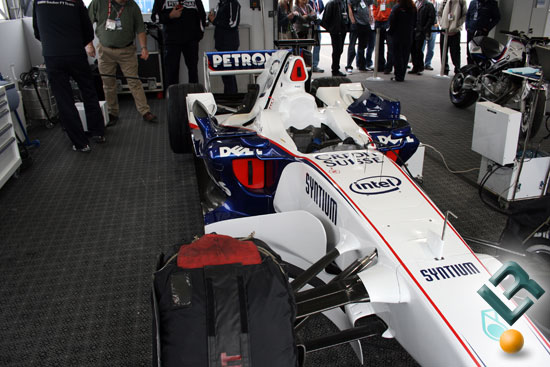 The BMW Sauber F1 Racing Team and Intel had something called the incredible Pit Lane Park experience in the parking lot this year at CES 2008. Located directly across from the convention center, the experience puts you up close and personal with F1 racing cars and the many advanced technologies that make these super-cars so fast and agile. 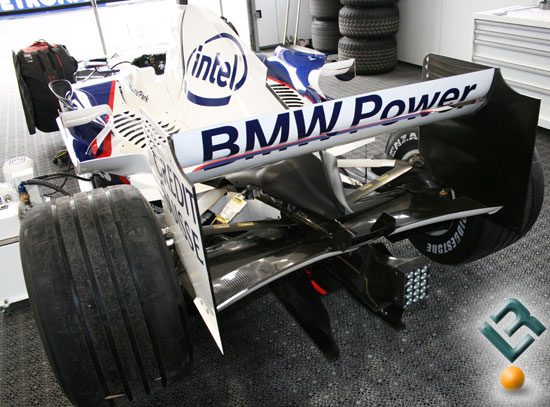 BMW Sauber F1 is a Formula One team that is based in Hinwil, Switzerland and Munich, Germany. The team was formed at the end of 2005 by the takeover of the existing Sauber Formula One team by German car manufacturer BMW. Intel sponsors the team and as a result the team made the trip to CES to show off on a 90-meter race track with live racing and stunts. When Legit Reviews got to Pit Lane Park it was inbetween shows and we didn’t have two hours to wait, so they let us inside the garage while the F1 car was taking a break. 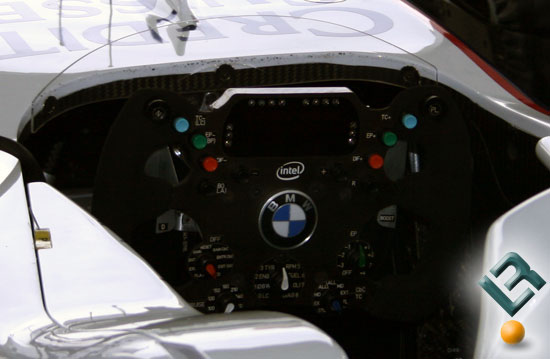 If you have problems driving and using a cell phone the BMW Sauber F1 drivers seat is not for you. The  steering wheel is jam packed with buttons galore and an LED display, so you have to know how to drive one of these if you jump in it! 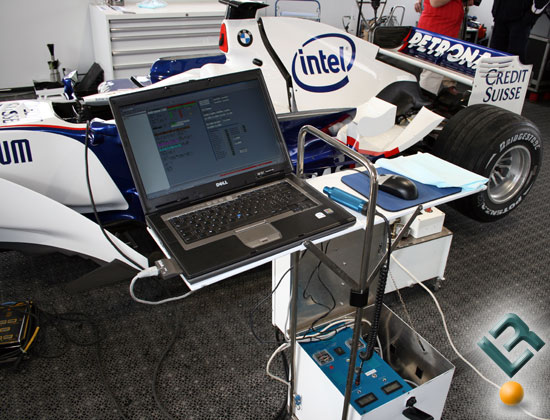 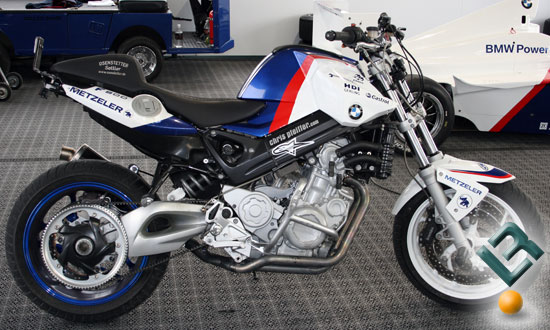 Also in the garage was the streetbike of freestyle rider Chris Pfeiffer, who recently won the US Streetbike Freestyle Competition known as Stuntwars. 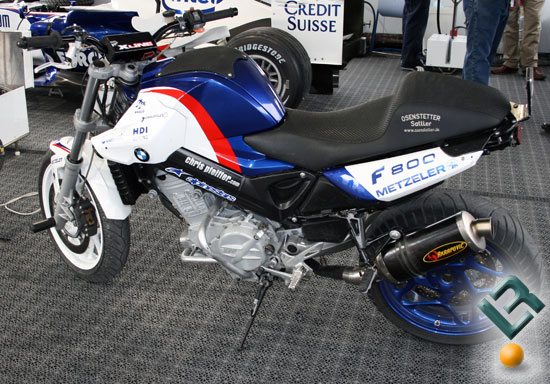 The bike that Chris Pfeiffer uses is the BMW F 800 S and is far from stock. Other than the F1 and F 800 we spotted something else of interest that doesn’t need a driver.