Foxconn has been fun to work with for the past year because they are starting to move more and more into the enthusiast motherboard market.  This year at CES they had a booth full of motherboards, video cards and so on, but our attention was directed to this extended ATX monster that Foxconn has yet to give an official name. We begged the marketing gurus while we were at Foxconn to give us a name, but all they would give us was internal code named of F1 and Transformer.  Since there is never enough time at CES we let that slide as the board was just too awesome to not cover. 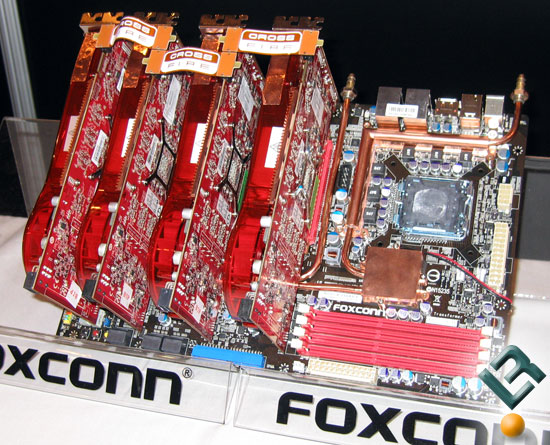 Looking at the board in the picture above it is hard to find a place to start. Of course the motherboard features four PCI Express slots as you can tell by the four ATI Radeon HD 2900 XT graphics card that are running together in CrossFire.  If you look a little closer you will notice that the board has not one, but two 24-pin ATX power supply connectors.  One has to be used and the other is an optional power header for just the graphics cards, which is innovative. Look a little closer and you’ll notice that the board doesn’t have heat pipes on it. Those copper pipes are water cooling tubes for the chipsets!  Our readers that are extreme cooling experts should have noticed the power cables coming from the north bride.  That would be the power wire for the Thermoelectric cooling plate that is used to drop the temperature of the chipset even more. 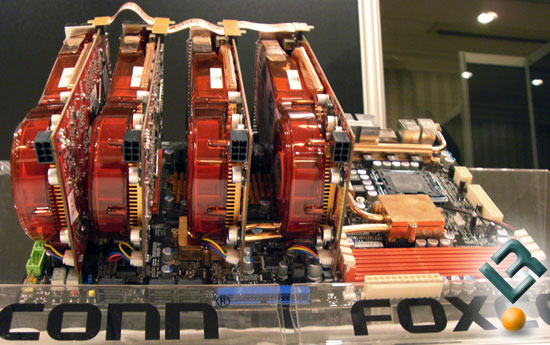 From this angle you can see that there is plenty of space between each of the four video cards, which will help in the cooling of the video cards.  With a standard size ATX motherboard the cards would be basically touching one another. 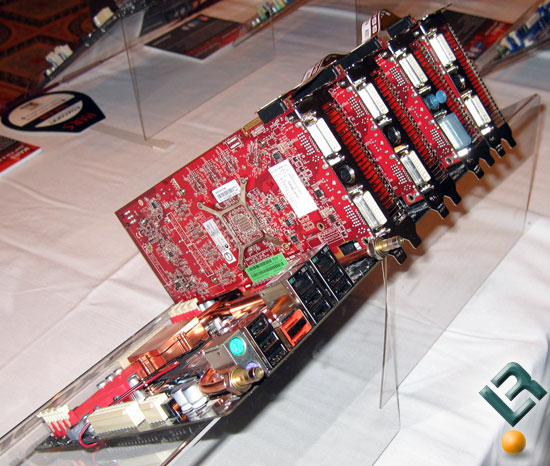 Looking down on the I/O interface on the back of the motherboard one can see the inlet and outlet barbs for the water cooler.  It’s not every day that you see something like this. 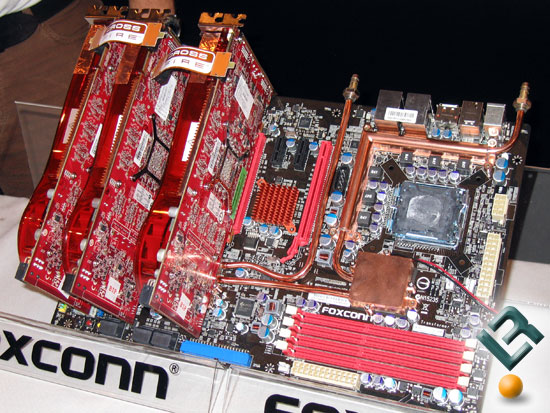 We asked Foxconn to remove the video cards for us to take a look at the board by itself and noticed another chipset located next to the first video card. 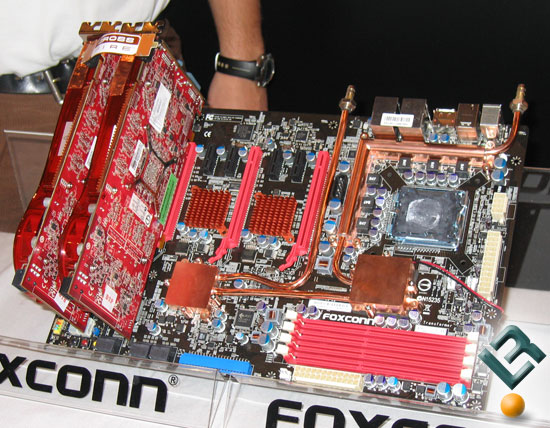 Wait, there is another one?  Other than saying that the platform was for Intel, Foxconn would not give details as to which chipsets the board was using. 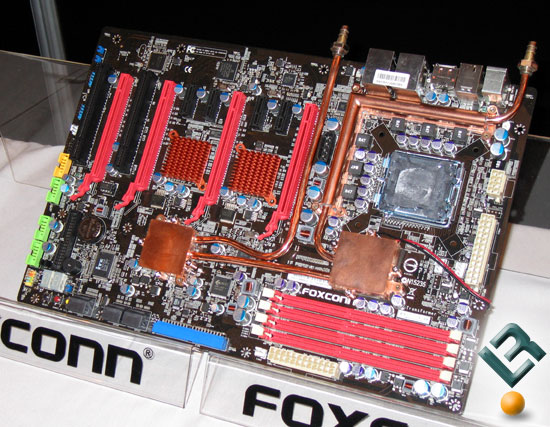 With the video cards removed the board you can see the Foxconn F1 in all it’s glory. Keep in mind that there are still changes in the works so this is not the final version. They mentioned the possible addition of more heatpipes to enhance cooling performance. Foxconn is also in the process of figuring out which cases this motherboard will fit in and right now the list is short at just four or five cases.