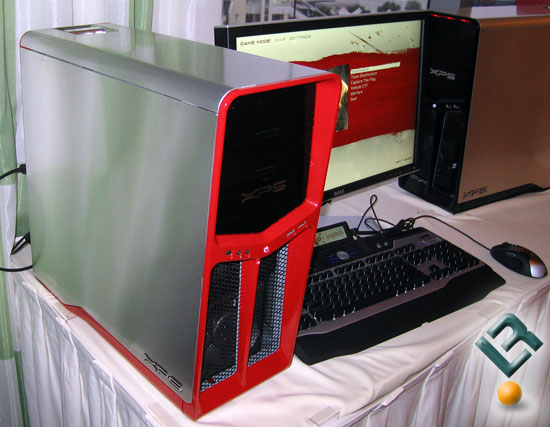 Dell was showing off their latest gaming products during CES and had a couple really interesting systems that we can show off today. The Dell XPS 630i series is going to be an entry level XPS gaming system with a complete system price tag starting at a very nice price point that can’t be told today. Since Dell is positioning the XPS 630i as an entry-level gaming machine it will complement the larger, more powerful XPS 720 that has already been released. One of the reasons that Dell is not talking about features and price at CES 2008, is because the hardware components are not set in stone. 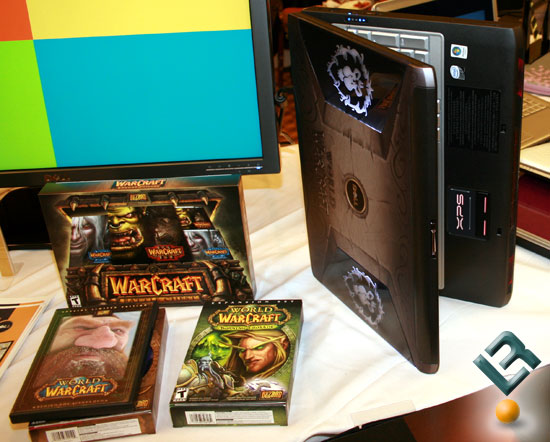 The Dell XPS M1730 World of Warcraft edition gaming notebook is the long awaited update to the Dell XPS M1710 gaming notebook with a focus on WoW. If you don’t play WoW no worries as Dell will still be offering the standard edition XPS M1730. The notebook comes bundled with a trio of WoW gaming titles, so if you don’t happen to own the games you’ll be set when the system arrives. Actually, Dell pre-loaded the XPS M1730 WoW edtion notebook with World of Warcraft, World of Warcraft: Burning Crusade and all major game patches, so you will be ready to go right away. The skin of the notebook is themed for WoW and looks great. 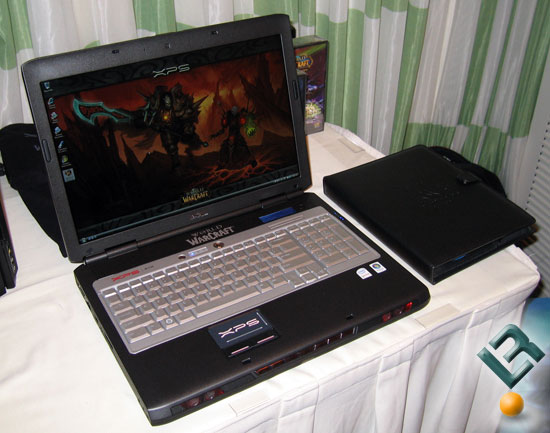 The business side of the notebook is very similar to a standard Dell XPS M1730 with the exception of the silk screening just below the 17” LCD display. If you look close, you’ll notice that the system has a WoW oriented wallpaper displayed on the desktop. That is because Dell loads the system with a exclusive desktop background artwork and screensavers. 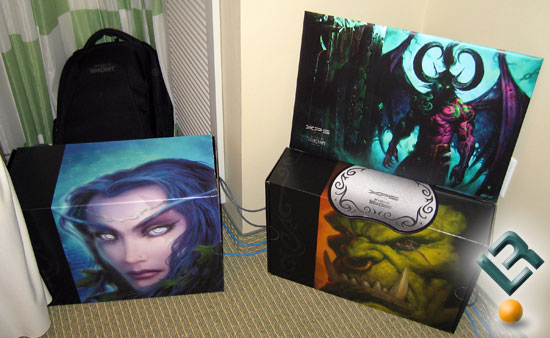 If that wasn’t enough Dell includes a backpack for the laptop and the entire system comes packed in full colored WoW boxes that look great. Dell has noticed that these boxes have ended up on EBay, so not only are the laptops in demand, so are the boxes. The print sitting on the boxes (top right) features storyboard artwork that can be hung up! If you are interested in getting one they are available now starting at$4,499 and going up to $6999. All you need to do is pick the Alliance or Horde edition.