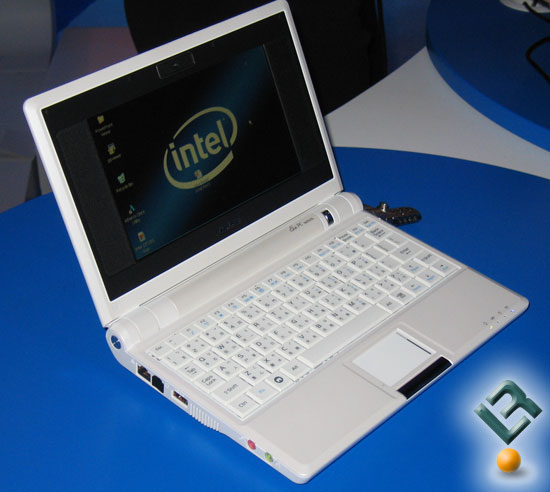 ASUS has been getting a lot of buzz over at the 2008 International CES for their recently released Eee PC. The three E’s in the Eee PC stand for Easy to learn, Easy to work, Easy to play and it seems ASUS has done a great job of meeting those specifications. This revolutionary notebook is the first of its kind and is already available from online retailers starting at just $299. This laptop is geared towards the mainstream market for children and adults to learn how to use a computer for the first time. This laptop has also created a buzz as competition to the $100 laptop campaign with its very low cost. 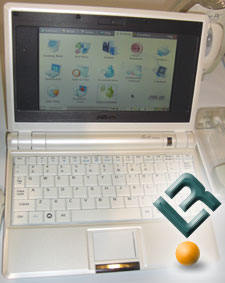 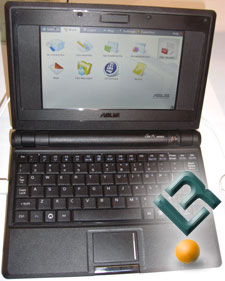 The ASUS Eee PC originally released in standard white and black colors. ASUS has since released new colored versions in blue, pink and green. The new colors definitely add more style to the already elegant looking Eee PC. The operating system pre-installed on the Eee PC is Linux-based and includes all the necessary software needed to fully utilize the Eee PC’s features and do day-to-day tasks with ease. The ASUS developed user interface is designed to allow a consumer to start using the laptop on day one without needing to read the user manual. And for those that can’t live without Windows, the Eee PC is Windows XP compliant. 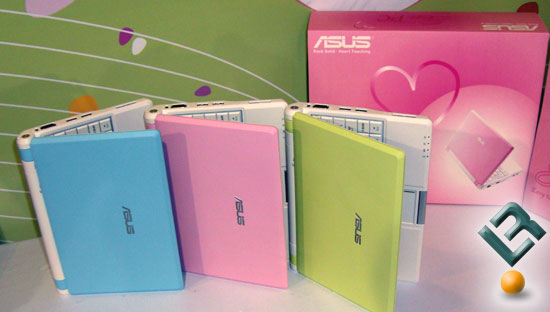 The Eee PC is based on a 900 MHz Intel Celeron Mobile 353 processor for low heat, low cost and efficient processing power for the kids or adults who are learning to use a computer for the first time. The Eee PC also features 512 MB of DDR2 memory, a 7 inch LCD, built in 802.11 b/g wireless, ethernet, built in card reader, 3 USB 2.0 ports, VGA out port, built in web cam (for the 4G or 8G versions only) and a 2GB, 4GB or 8GB solid state drive (SSD) for cool performance and shock-proof design.

With no traditional hard disk drive (HDD) and the use of a SSD, the ASUS Eee PC is the first of its kind with no moving parts. Kudos to ASUS for putting out this mainstream, affordable laptop using the latest in revolutionary technology! Pricing starts at $299 for the 2G Surf model which features a 2GB SSD and no webcam. Then the 4G Surf has a 4GB SSD with no webcam for $349 and the 4G model is available for $399 and does feature the built in webcam. Last but not least, the 8G model is available for $499 and features an 8GB SSD and 1GB of DDR2 memory! Stay tuned for more versions of the Eee PC to come out in the future with larger LCD screens!