Our first little gem of a find was at Pepcom’s Digital Experience event for Press Only. We came across the Alienware booth where we noticed a small crowd had been gathered for a while. As we approached, we discovered there was a good reason for the mass of reporters. 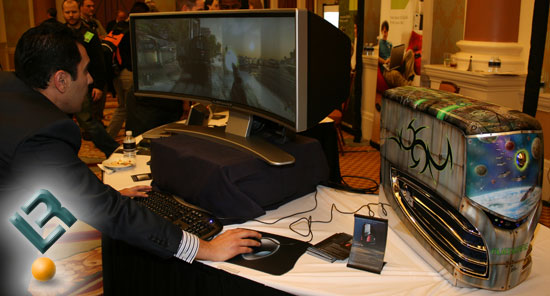 With a resolution of 2880 x 900, this beast of a monitor will not disappoint! In talking with Alienware at the event, we were informed that the Curved Seamless Display (CSD) has a refresh rate of .02ms which they claim is an order of magnitude better than the competition! 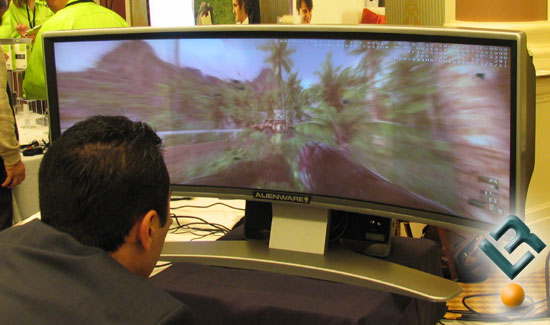 The Alienware folks were of course very serious about showing off how well Crysis demonstrates the CSD’s abilities. However, according to Alienware, most of the current DX10 titles will recognize the 2880 x 900 resolution with no problems at all! 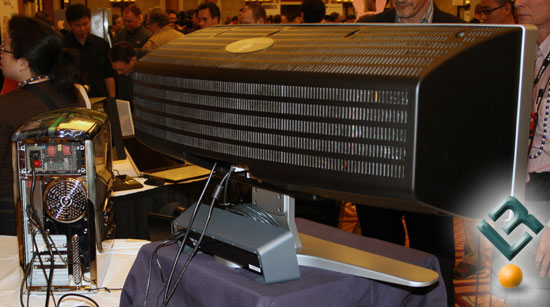 Surprisingly, the CSD only takes one DVI input for it’s signal input. So while it would be enough to make your head literally spin, one could put two Curved Seemless Displays in a dual monitor configuration. Even though there is only one signal input, the CSD is actually designed by two high quality WSXGA screens put together.

Slated for release in the second half of 2008, the Curved Seamless Display by Alienware is sure to be a big hit among enthusiast gamers! Alienware declined to comment on pricing as the release date is still a ways away. 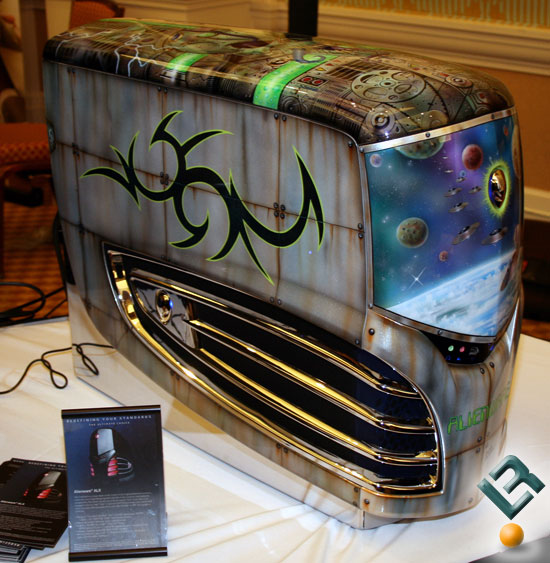