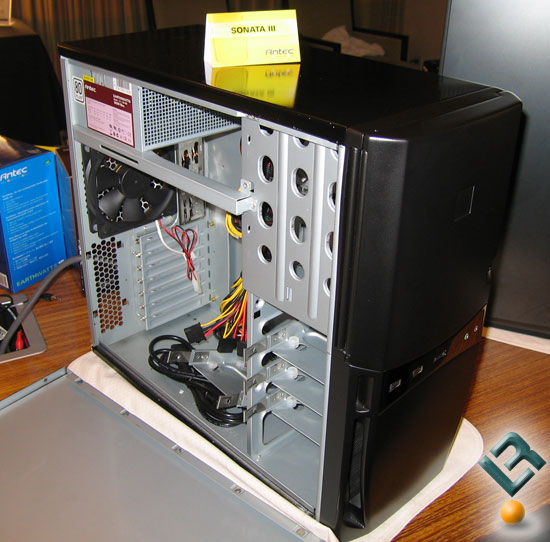 When it comes to computer cases it seems that Antec never fails to impress during CES and this year was no different. The upcoming Antec Sonata III is the third generation Sonata case and contines to be a smooth operator as it has again received a face lift in the front and a little more meat on the inside.  Meaning that the front has been rounded and the plastic door is long gone and replaced with a metal down with a new door hinge design.  On the inside Antec has removed the fan ducting system that was on the Sonata II and beefed up the power supply as it now uses the EarthWatts 500W power supply, which features Active PFC and is 80 Plus certified. Other smaller changed worth noting is the inclusion of eSATA and High Definition front audio ports and improved silicon grommets for the hard drives.

The Antec P190 (pictured above) us sure to make many enthusiats start to drool.  While the case looks simple and ‘clean’ on the outside the case is far from being plain Jane on the inside. This case is designed to hadle multiple graphics cards, dual CPU’s and water cooling without having to think twice. 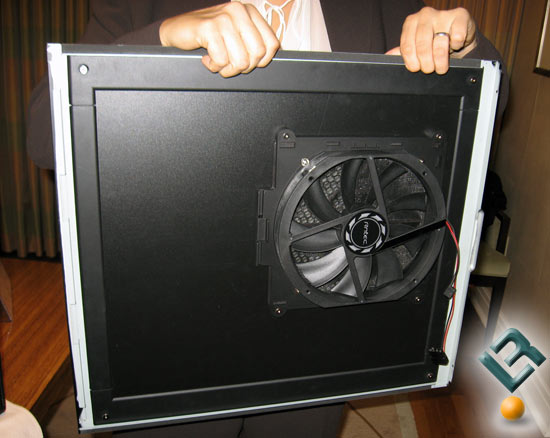 When it comes to cooling the P190 has numerous fans, but the one Antec is most proud of is their ‘big boy’, which is the massive 200mm fan on the side panel. This fan includes a fan filter ans is said to run really quite due to the fan size and the variable speed switch that can be adjusted by the end user. 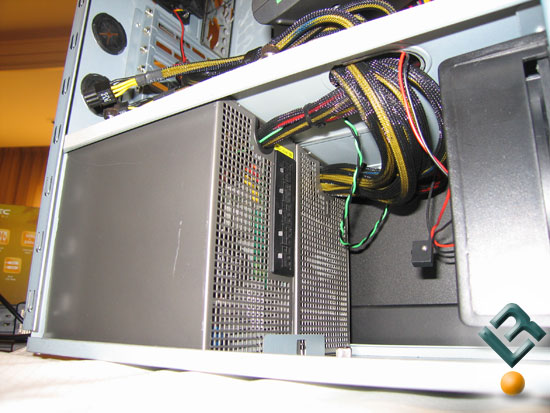 The P190 case supports  xtended ATX capabilities, which i great for those looking for an extended case. What makes the Antec P190 stand out from the dozens of cases on the market is the fact it supports dual power supplies! The P190 will include the ‘Neo-Link’ 1200 Watt dual power supply, which is really an Antec 650W and 550W power supply that both run the system. To get the 1200W rating Antec simply added together to get the ratings to get 1200. One power supply will be hard wired while the other will be modular, which is nice for those that won’t need all the cables.