The Memory MHz Race is Better Than Ever

We stopped by the Corsair Memory suite a day early and managed to sneak a peak at some un-released and yet to be announced PC2-10000 DDR2 Corsair Dominator modules that are going to be showcased for this years show. The kits that we spied today have been specially designed for NVIDIA nForce 680 SLI based motherboards as they are one of the only chipsets that can handle memory speeds this high. The modules are rated and tested at a frequency of 1250MHz, making it the world’s highest frequency production ready memory according to Corsair (Patriot Memory annouced they would be showing PC2-10100 (1302MHz) memory  at CES). 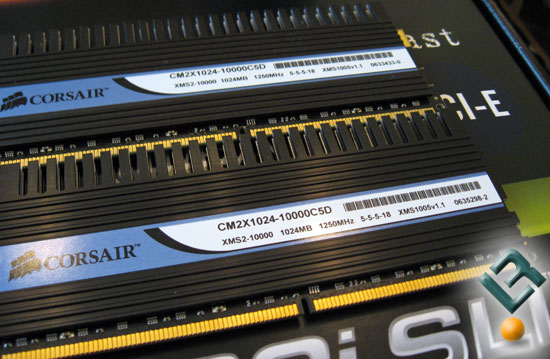 The 2GB PC2-10000 memory kit requries 2.4V to run at 1250MHz with 5-5-5-18 2T timings, which is common for memory kits above 1GHz. While visiting with Corsair we saw numerous working kits on a couple different systems and even got a chance to see a kit of this memory running on a test system with an Intel Core 2 Duo E6300 that was overclocked even higher than 1250MHz! 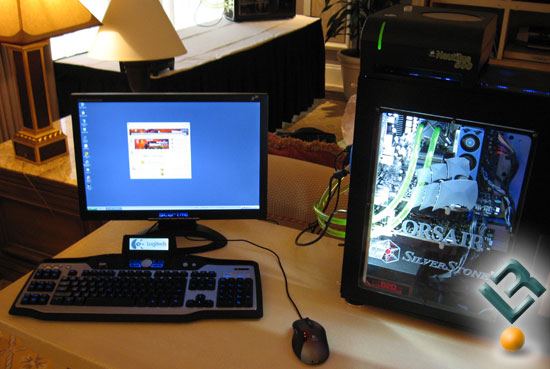 Corsiar was able to leave the multiplier alone and crank up the Front Side Bus (FSB) on their Core 2 Duo up to 437.5MHz.  By running their memory unlinked on the eVGA 680 SLI motherboard they were able to hit some pretty high frequencies.  The end result was 656.3MHz, which means the memory was running at an actual frequency of 1312.6MHz. 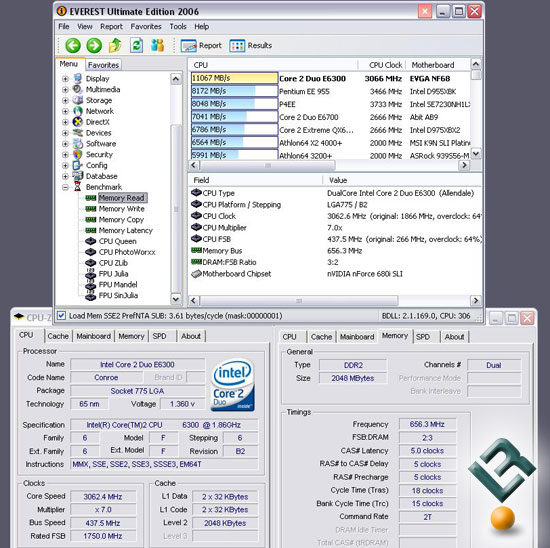 With the processor running at 3.06GHz and the memory at 1312.6MHz we ran some benchmarks and were very happy with the test results.  For the first time ever we broke 11,000 MB/Sec on Everest Ultimate 2006 on the read test on a production processor and memory kit. Corsair said they have been able to reach 1320MHz in the test labs with the right mix of hardware, which is impressive to say the least.