Call of Duty Warzone Has a New Operator and Weapons Coming

Activision has announced that Call of Duty Warzone and Modern Warfare are both getting some new content. Among the original content is a new 6v6 map called Khandor Hideout. Warzone is getting new weapons and a new operator called Talon. The new Modern Warfare Khandor Hideout map is said to be a medium-sized map with long sightlines and interior spaces.

It also has a warehouse in the center to let players who prefer close-quarters fight it out. The new operator called Talon will be available in both Warzone and Modern Warfare. That operator comes with a fighting dog named Indiana, who is part of the operator’s Finishing Move. 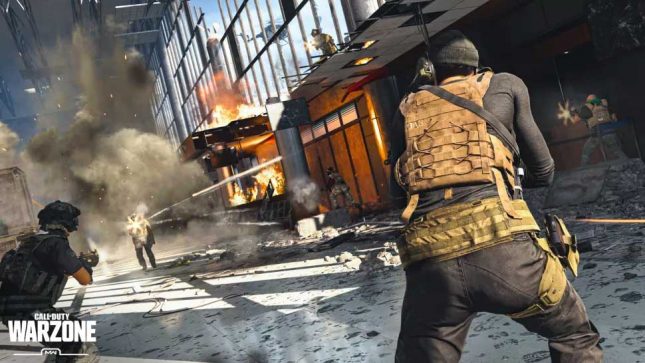 To get the character, players will need to visit the store to pick up a bundle that includes the operator and his dog along with two Legendary weapon blueprints and two tier skips. The 40 weapons coming to Warzone include the 725, MK2 Carbine, .50 GS, and EBR-14. Weapons will be offered in common and uncommon versions reports GamesRadar.

The Endowment Defender Pack is coming back to both games with the money spent on the packs going towards the Call of Duty Endowment, which is non-profit helping veterans find jobs.