Towns came out on Steam in November 2012 and was supposed to be a game title that combined aspects of Diablo, Dungeon Keeper and Dwarf Fortress where you build a town for your questing hero. Who doesn’t like city building/management with some RPG features? The game title was purchased by more than 200,000 people at $14.99 a pop by July 2013, but many gamers gave the title poor reviews and said that it was buggy and woefully incomplete. Towns was not part of Steam Early Access, so users here were paying for a completed game title. In February, lead developer Xavi Canal quit due to the fact that he was burnout.

“Towns v14b will be the last build we will release as SMP. I have no words or response of why I didn’t post this months before. The only thing I can say, and I understand you don’t care about it, is that I’m burned, really burned about the game and all it involves. I don’t have the strenght to continue with it.”

Fairly odd to get that burntout on a 2-year old game title, but to each their own. Towns brought in nearly $3 million in sales between November 2012 and July 2013, so you would think that that an indie developer would be burnt out already. To be fair, Xavi didn’t make 100% of sales as there is a revenue split with Steam and taxes must be paid up front. Steam doesn’t discuses their revenue split publicly, but we’ve read that 30% is about what is is from various indie developers. Sales of the game title were decreasing over the past years, but we can only assume that more copies have been sold as even today you can still purchase it on steam.

The really bad news for owners of Towns is that the hired on replacement, Florian Frankenberger, has quit as well, claiming that he can’t afford to keep working on the game given how much the sales have shrunk. Want to hear the best part? Xavi and Florian are talking about coming out with Towns2. Ouch! That might not have been the right time to discuss a sequel.

“Xavi and I were talking about a possible Towns2. At the moment this is just in an idea stage and we cant really say if he, I or eventually Ben have the time to create a Towns2. As faithful fans of Towns we would of course reward you in some way, when/if the new game is released.

Steam needs to put up something on the store pages that shows a game is no longer being developed. 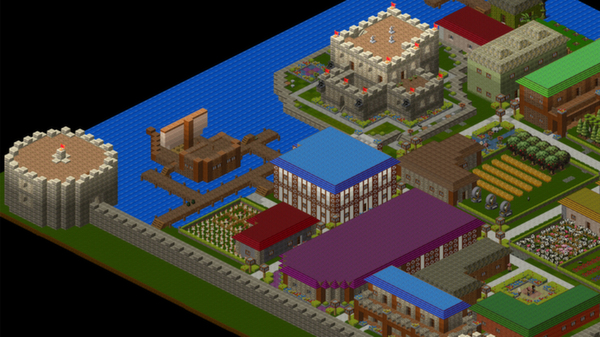