Bugatti has revealed its latest hyper sports car called the La Voiture Noire. The car was built using visible carbon fiber in jet black and has a sculptural look. The car is described as a minimalist coupe and lacks a large rear wing. It’s meant to remind of an iconic and long-lost Bugatti vehicle known as the Type 57 SC Atlantic that disappeared shortly before World War II.

The car has a custom design, including a dorsal seam down the centerline, extended front section, and modified rear. The visible carbon fiber with clear coat is known as Black Carbon Glossy. Bumpers are integrated into the bodywork, and the windscreen is meant to merge with the side windows reminiscent of a helmet visor. 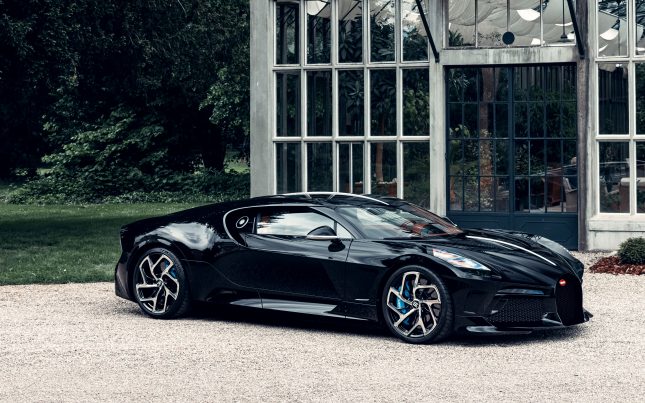 La Voiture Noire has over 25 individually milled light elements per side for the headlamps. Bugatti says that was an immense amount of work for a one-off car. The car has six individual tailpipes and has a bespoke and luxurious interior.

The interior uses green leather in Havana Brown, which was based on the historical model. Bugatti says that the car is one-of-a-kind, and designers spent two years using a test vehicle to develop and test it in all areas, including handling and driving safety. The car has an extended wheelbase and newly developed bodywork. The one-of-a-kind ride was sold to a Bugatti enthusiast from Europe for €11 million.