Nintendo Switch gamers have a new multiplayer game that supports up to six people at a time called Boomerang Fu to check out over the weekend. The game has players playing as a crew of different foods with “ridiculous” power-ups that can be stacked together in deadly combinations.

Nintendo says that players can “Roast and toast your friends in lightning-fast rounds of cute physics combat for up to 6 players. Perfect for parties!” The power-ups, which can be stacked, include explosive boomerangs, disguises, and telekinesis. The controls are very simple, with one stick and three buttons needed to beat the competition. 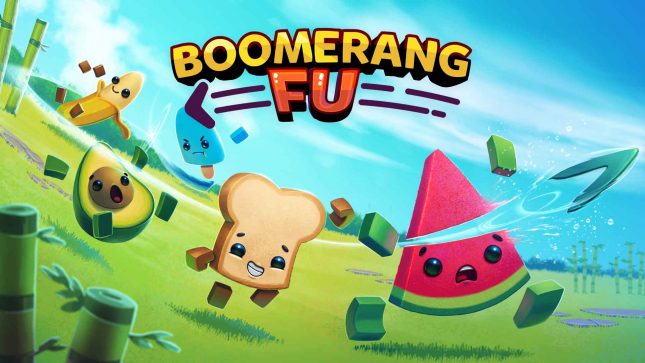 The game is explicitly designed to be easy to play and allow anyone to pick it up immediately. However, the developer says that it is complex enough that hard-core players will love mastering advanced techniques. Players can deflect attacks, recall drop boomerangs, and curve throws around corners.

The game has more than 30 arenas filled with unique tools and traps. Players will jump and move over platforms, sneak through foliage, and trigger sliding walls to smash foes. Players can also team up to take on AI opponents. Players also have the ability to change the rules by playing only with the power-ups they want. The game allows players to turn off shields, turn on friendly fire, and more. Boomerang Fu is available for $14.99 now.