Day 2 hosted many World of Warcraft panel discussions. The favorite seems to be the Warcraft Movie panel. The panel included Duncan Jones, Director, Chris Metzen, Senior Vice President of Story and Franchise Development and Rob Pardo, Chief Creative Officer. They couldn’t go into very much detail but what we did get out of them was that the story will sort of tell the beginnings of Azeroth and rumored to take place in the Eastern Kingdom. The movie is scheduled to begin filming and they are looking for a release date near December of 2015.

Fans not need worry about Duncan Jones directing the motion picture. He is an avid World of Warcraft fan and plays characters at the max level. He claims the original script he got favored the Alliance but he wanted to tell a story of war from both sides so the Horde fans out there will get some love too. Both sides will have heroes to cheer for. The special effects coordinator, Bill Westenhoffer, has won numerous awards, including Life of Pi, played World of Warcraft while filming the Lion, Witch, and the Wardrobe. The cast will be a mix of real and animated characters. They are trying to make the costumes, weapons, music, etc. as close to the Warcraft Universe as possible.

The remaining panels were World of Warcraft Raids, Gameplay, Questing and more where the developers talked about upcoming changes to the current game as well as the future expansions and what we as players can expect from each of these aspects of the game. They are doing a lot of great work and I can’t wait to see the final product when they roll out each new feature. Several that I am looking forward too are the new bag systems. I can’t wait to not have to worry about quest items in my inventory. I also like how they are highlighting inventory so it is easier to find and sell based on certain markings within the bags.

The World of Warcraft Arena Global Invitational and StarCraft II WCS global finals was where the majority of the BlizzCon fans seemed congregate during Day 2. Each match of the events was jammed packed. People were sitting on the floors in the middle of the walkways. It was very difficult to move around each of the halls that that championships were being held in. The games were intense and the outcome that were predicted were not what unfolded at day 2 of BlizzCon!! 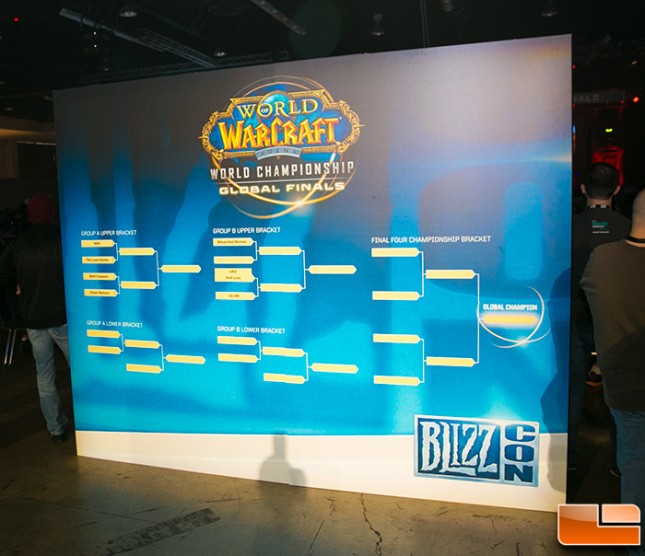 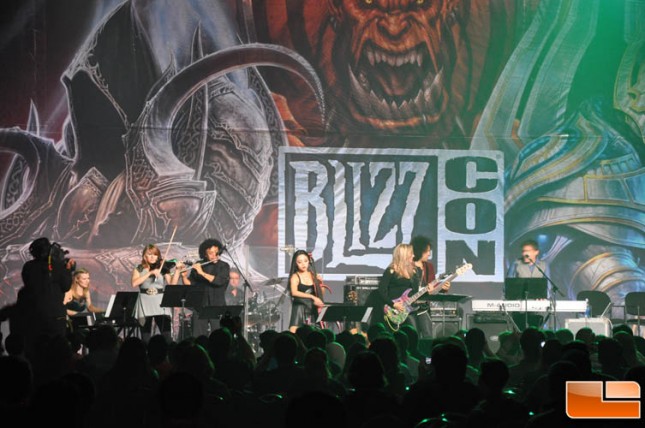 Finally the night ended the closing ceremonies that culminated with a performance from Blink 182. As usual, they brought the place to their feet. I am always happy to rock out but in a way it feels a bit sad because I know I will have to wait many months until the next BlizzCon. Lets hope they don’t skip a year again. It is nice to geek out at these things and refuel ones passion for the Blizzard Universe!! Thank you Blizzard for letting Legit Reviews take part in the media coverage of BlizzCon 2013.

Thanks for reading our coverage of this year’s BlizzCon from Anaheim, California.  We still have more coverage to come as we have tons of CosPlay pictures to show you. This year’s entries were fantastic and we think the best – and most talented BlizzCos talent we have ever seen.