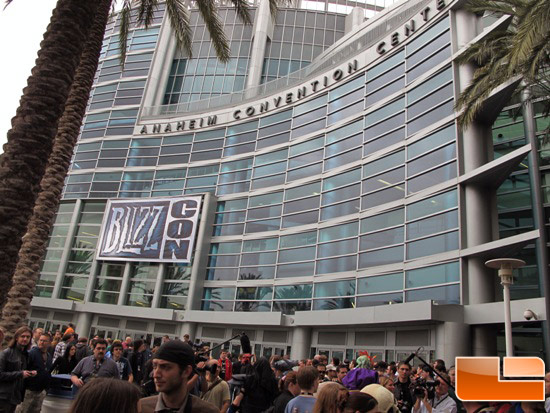 Welcome to the first day of the two-day love-fest for Warcraft, StarCraft, and Diablo players from around the world.  Live from the Anaheim Convention Center floor where we are joined by at least 45,000 Blizzard fans, we bring to you Legit Reviews coverage of BlizzCon 2010. 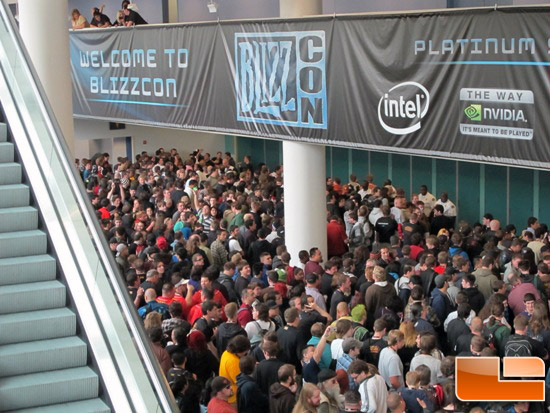 Before the Opening Ceremonies even started, the convention center’s doors almost collapsed with the weight of thousands and thousands of Blizzard Gamers trying to get in.  Even though the event is being held at the same location as last year, event organizers have changed the floor plans and layout of the convention slightly to allow for more people to squeeze into the halls. No official number has been released yet, but people here are speculating that the crowd could reach 50,000 easily. 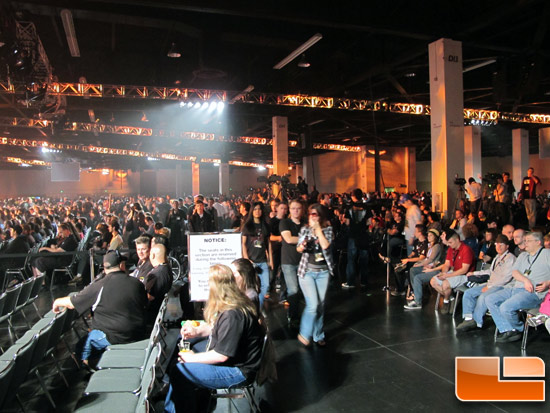 Besides the Check-In/Registration area, there are four main halls to BlizzCon: Main Stage, Panel Discussion Stage, RTS Tournament Stage, and the World of Warcraft Tournament Stage.  Besides these main stages, there are a number of vendor booths and stores.  For the multitude of fans in attendance, the sold-out show is a way for gamers to meet other players and bask in all things Blizzard. 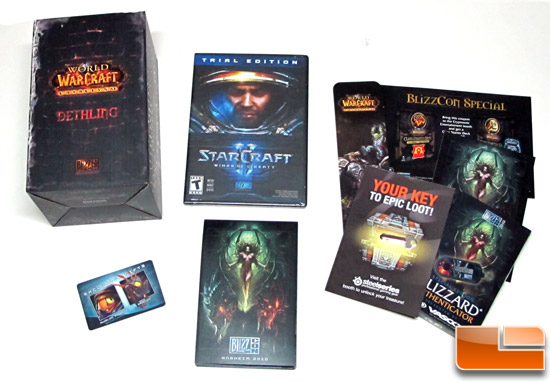 Blizzard is giving everyone who attends this year’s BlizzCon or purchases the BlizzCon Virtual Ticket an exclusive set of murlocalyptic in-game items for World of Warcraft and StarCraft II: Wings of Liberty. These are some of the most highly coveted items in the Blizzard world.  The “Goodie Bag” also includes a “Dethling” Souvenir Collectible statue, a StarCraft II: Wings of Liberty Trial DVD for Windows and Mac OS, a Blizzard Authenticator by Vasco, and some other Blizzard goodies.  We have to admit, Blizzard really does treat their convention-goers well making the $150 admission price a little easier to swallow. 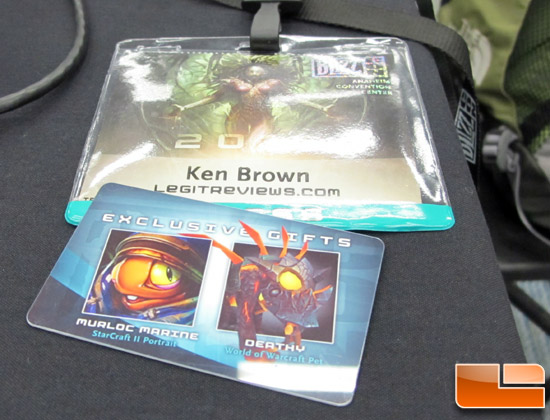 Even though the convention is only a few hours old, we have already heard a number of interesting things about the Blizzard Universe.  Chris Metzen, Senior VP Creative Development announced the Demon Hunter race as the newest class for the Diablo III universe.  There will also be arena battles for player versus player battles as well as team-based battles.  Looks like you will be able to use all of the characters in this PvP format. 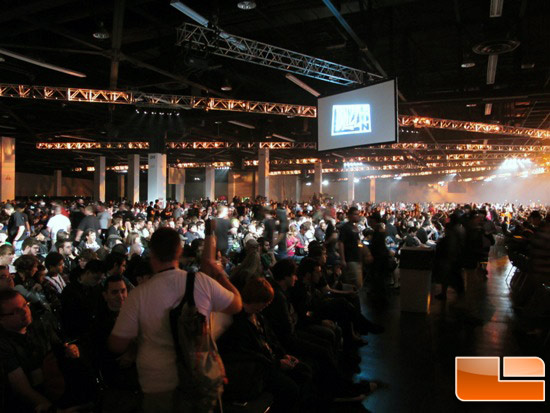 A few new mods for StarCraft II were announced as well, Blizzard Dota, Left 2 Die, and Aiur Chef are running on a number computers in the Mod area on the convention floor.  There aren’t too many Mods for StarCraft that are officially supported by Blizzard so having the chance to play these new games is pretty cool.

There was also a new Cataclysm trailer shown to get the convention crowd hyped up.  For
those that like cinematic trailers, it doesn’t get much better than what
Blizzard showed.

The Demon Hunter was also featured in new game-play video that was shown.  Here are a collection of clips put together to show how deadly this character can be:

During the weekend, we expect to hear even more details as the developers of each of the Blizzard games take to the stage and interact with their most loyal fans.  Comedian/Actor Jay Mohr returns as master of ceremonies for the various contests taking place today as well as introducing the headline concert on Saturday night by Tenacious D – aka Jack Black and Kyle Gass.

Legit Reviews is here to get the scoop on the latest from the various hardware vendors and professional gaming teams like TeamLiquid, compLexity, Team Fnatic, and Evil Geniuses.  Of course, we will get up close and personal with the various booth babes and cosplay people, and others.

Let’s take a quick look at the Hardware vendors and what they are planning on showing.