We’ve all been waiting for AMD X570 chipset powered boards for the Socket AM4 platform to come to market this summer. We’ve seen a few leaks, but the leak this week from Biostar is pretty good. Biostar still has a 2019 PDF sales catalog on its website that website that is 39 pages long covering everything from motherboards to health monitors. Someone noticed that under the AMD Series Motherboards section that Biostar is already showing off their upcoming AMD X570 boards! 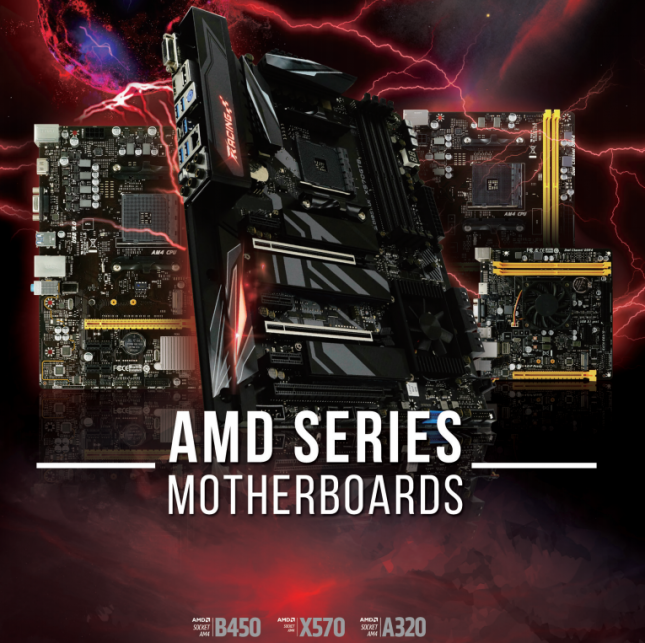 The Biostar Racing X570GT8 Motherboard is the only X570 board shown, but it shows some interesting features. It looks like Biostar is sticking with a 12 Phase power delivery system, but the DDR4 memory clock frequency support now goes up to 4,000 MHz and the board supports PCIe 4.0! Higher memory clock speeds is something we’ve all wanted for Ryzen platforms since they first debuted and we are finally getting respectable memory performance from AMD’s AM4 platform. In fact, we’ve heard rumors that Ryzen 3000 series processors based on the Zen 2 architecture can support 5,000 MHz DDR4 memory speeds when manually overclocked.

This is also the first platform to support PCI Express 4.0 and we can’t wait to top speeds of 3.94 GB/s on current PCIe 3.0 x4 M.2 interface to the 7.88 GB/s offered on PCIe 4.0 x4 interface. We’ll be seeing new SSD controllers to take advantage of that additional bandwidth soon. At CES 2019, Legit Reviews got a chance to see the Phison PS5016-16 SSD controller in action and they were getting over 4GB/s sequential read and write speeds on very early prototype hardware. 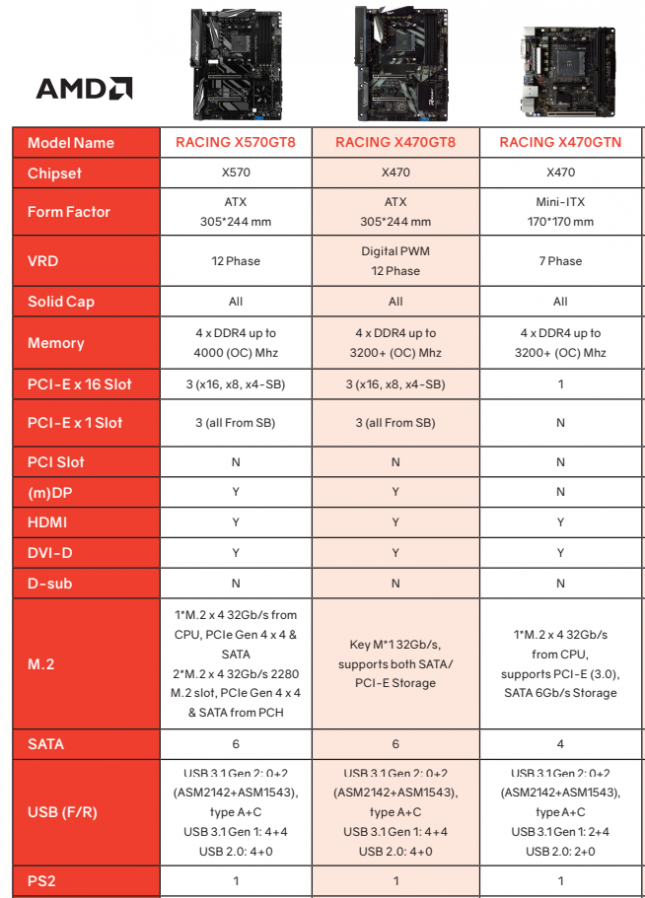 The one thing the table does not mention is Ryzen 3000 CPU support. We’d assume the BIOSTAR RACING X570GT8 motherboard will support the upcoming 12-core and 16-core Ryzen 3000 processors. Since the current BIOSTAR Racing X470GT8 also has 12-phase power delivery it might support them as well after a quick UEFI update. We’ll likely find all this information out during Computex 2019 that takes place at the end of this month. Hopefully we’ll be able to better find Biostar motherboards in North America with this launch. We couldn’t locate the BIOSTAR X470GT8 being sold at Amazon, Newegg, Micro Center or eBay.

We should also point out that for the first time in the history of Computex they will have a keynote speaker and to kick things off  they are having AMD’s CEO Dr. Lisa Su as the inaugural speaker. A live stream of the event will be available at AMD’s website when it takes place on Monday, May 27 at 10:00 a.m. Taipei Standard Time. If you miss that you’ll be able to find it later that day on AMD’s YouTube Channel.