Are You Ready For a Bidet? Meet Bio Bidet Bliss BB2000

The toilet paper aisle is starting to look completely barren once again now that winter coronavirus surge is in full swing here in the Unites States of America. A number of areas in the country are going back into lockdown to help slow down the surge in COVID-19 cases for the front line workers that are running out of beds and supplies for those that are sick. Panic buying of toilet paper seems to be a new American sport, but it also also prompted bidet sales to soar. Americans have had a phobia to bidets, but it seems a shortage of toilet paper has finally changed peoples views towards how to go about cleaning their bottom.

The most basic bidet toilet attachments start at around $25 (buy on Amazon) and then the price can shoot up in price to hundreds for luxurious bidet seats that have heated seats, warm water cleanse cycles, hot air blow dryers and air deodorizers. Those who really cherish their bathroom time can spend many thousands for high-end bidet toilets where you even have features like LED lighting and Bluetooth speakers (buy on Amazon). If you’d never looked at bidets before you’ll be absolutely blown away by what is on the market!

A bidet is is not new to us as we’ve traveled numerous times to Asia and Europe where they are commonplace in most of the nicer hotels. So, when Bio Bidet offered us one of their smart bidet toilet seats to review it was hard to pass up. Our toilet paper stockpile from phase 1 of panic buying is about exhausted and buying in bulk gave us an idea of how many trees we must cut down for toilet paper. Every bidet model dramatically lessens toilet paper usage, so that seemed like a win to us as we do try to be environmentally friendly. A bidet also uses less than one-eighth of a gallon of water, while it takes about 37 gallons of water to make a single roll of toilet paper. 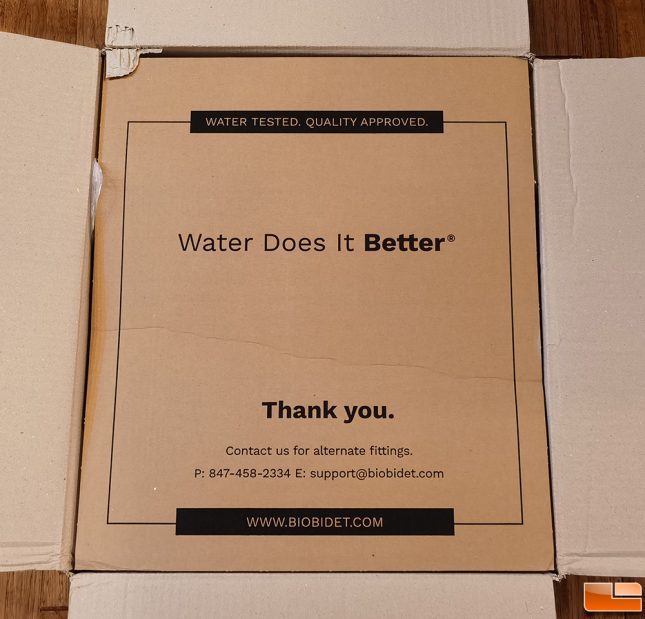 The model that Bio Bidet sent out was the Bio Bidet BLISS BB-2000 Bidet Seat, which is fully featured and includes all bells and whistles you would come to expect from a high-end electronic bidet. You can get the BB-2200 for round toilets for around $599 (buy on Amazon) or for elongated toilets for $639 (buy on Amazon). 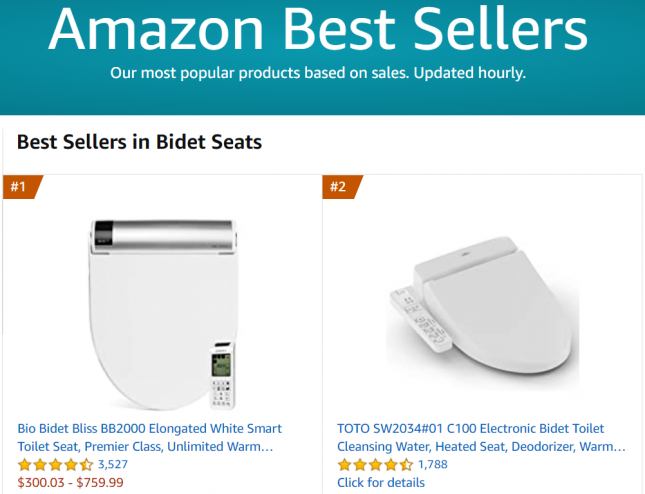 This is currently the number one selling Bidet on Amazon and has been over the past several days, so hopefully this review will reach some bidet shoppers and help them out. 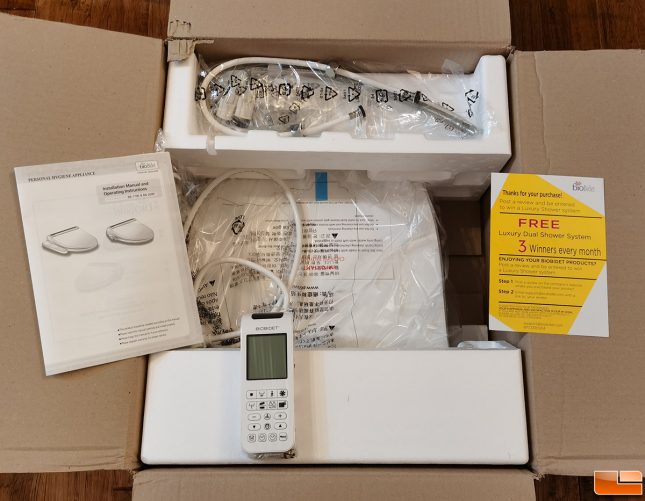 Inside the box you’ll find the BB2000 bidet, remote control, installation kit, instructions and a piece of paper inviting you to review the bidet for a chance to win a monthly prize. 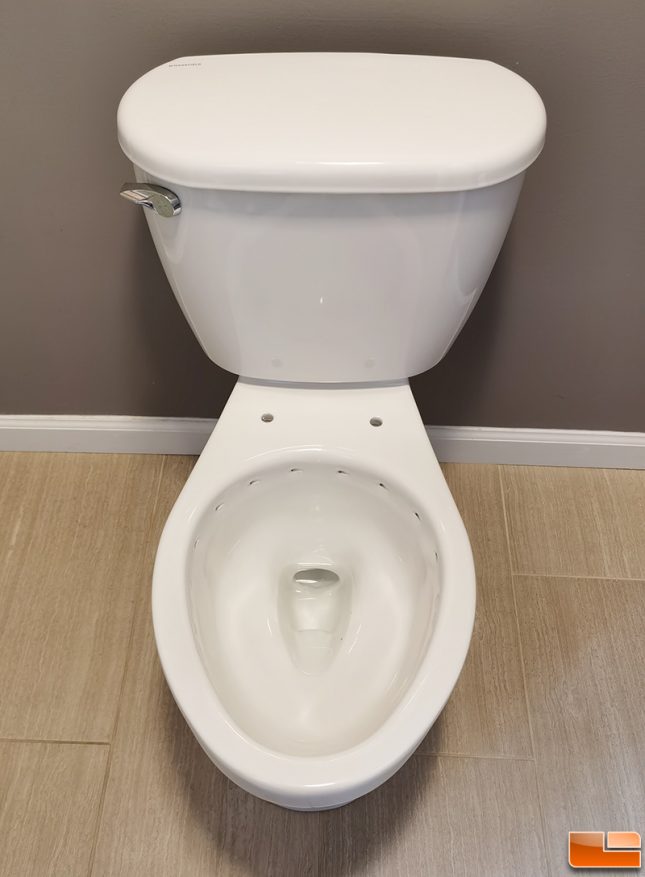 Installing a bidet like the Bio Bidet Bliss BB2000 is actually very straight forward and can be done in under 15 minutes if you have all the tools needed prepared in advance. First, you remove your toilets current seat and throw it into the trash or do whatever you want with it. 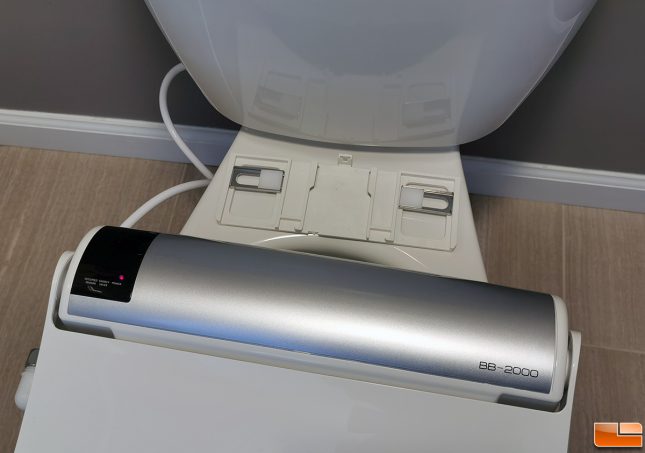 Now you need to in install the catch plate to the toilet bowel using the old seat mounting holes. This is something that requires no tools as the wing nut on the bottom was designed to be tightened up by hand. Once this is installed you can slide the Bio Bidet Bliss BB2000 into the catch plate until it clicks and locks in place. The last step here is to center the seat from side to side and front to back before tightening the wing nuts as securely as you can. 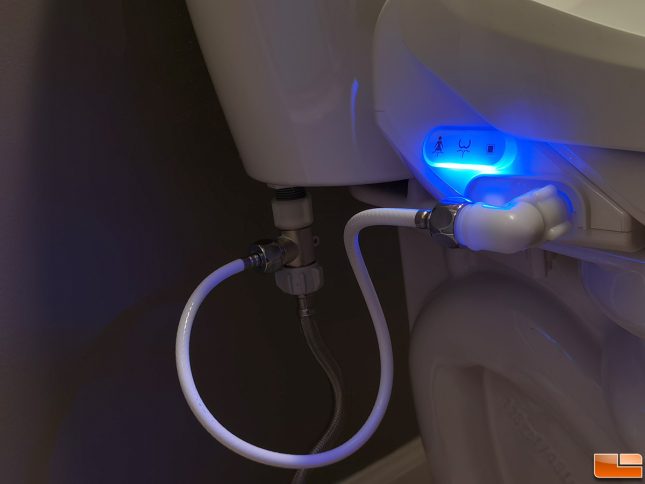 Once this is done you’ll now need to turn off the water supply like, flush the toilet to remove water pressure in the line and unscrew that line from the bottom of your toilet tank. Next, put in the new T-adapter and then plumb the water line in to that and run the new outlet to the bidet on the toilet bowl. You’ll need an adjustable wrench for this step to get the chrome fittings on the bidet line tight to keep it from leaking. The elbow on the Bio Bidet Bliss BB2000 appears to be nylon, so be sure not to overtighten it. That is all the plumbing that is involved, so this is a job that the average homeowner can do without needing to call a plumber. 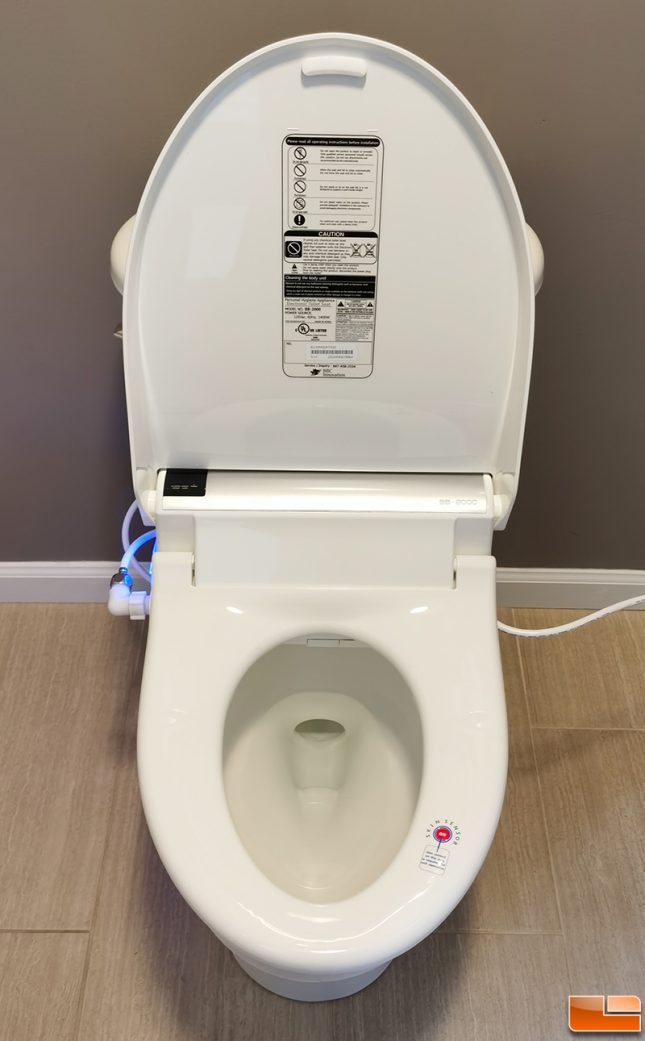 Now you are ready to plug it in to a 120V 3-prong wall outlet if you have one close by. If not, you’ll likely have to run electric cords and figure something out own your own. Installing a wall outlet would be best, so you might want to contact an electrician that can do that for you as they will know city codes and ordinances.

The average microwave is 600-1200 Watts just to give you an idea of how much is going on inside the BB2000! This is a device that needs to be wired up correctly and grounded properly. 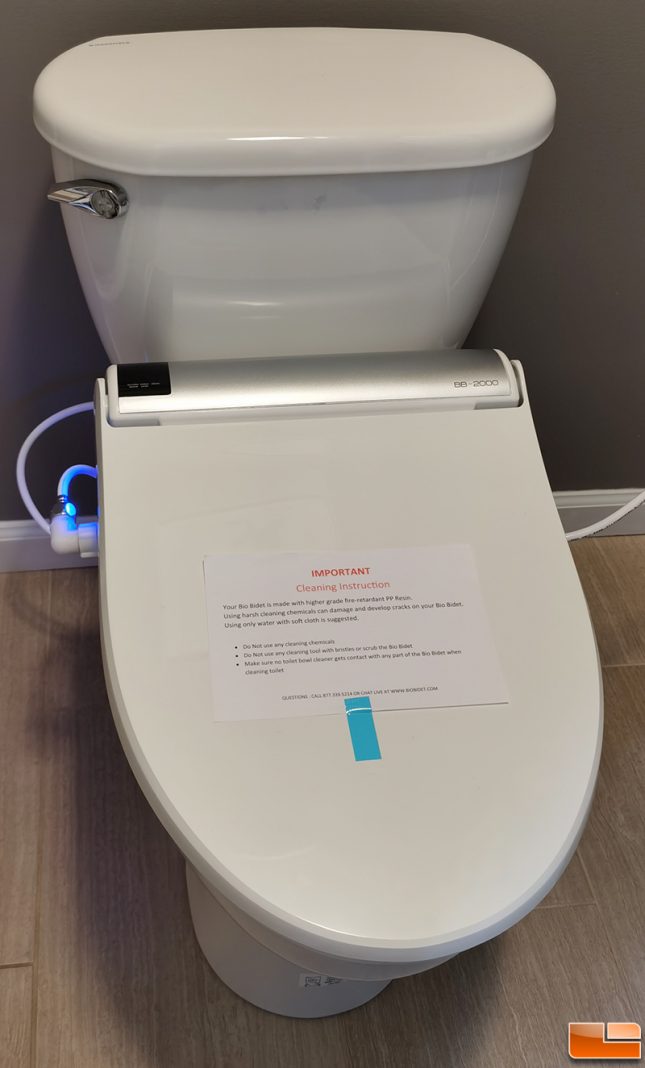 The Bio Bidet Bliss BB2000 has over 3,500 reviews on Amazon and we noticed a number of people ruined the seat on this unit by cleaning it. The Bliss BB2000 is made from fire-retardant PP resin and can only be cleaned with water and a soft cloth. Bio Bidet makes this clear by taping a piece of paper about cleaning the bidet on the top of the lid. 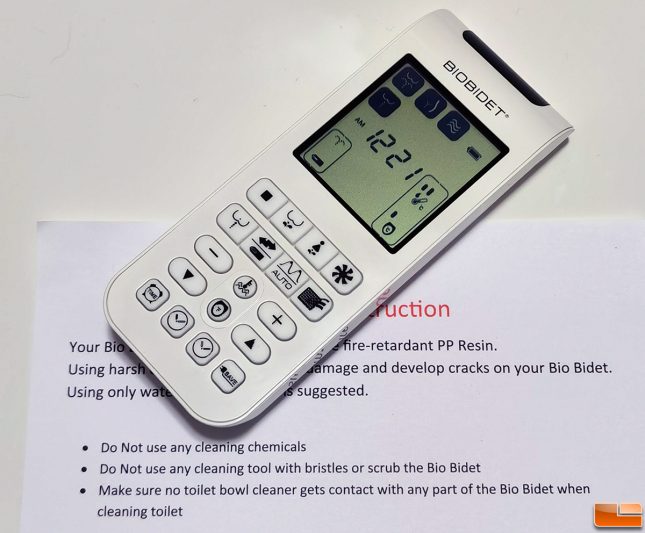 This is a premium bidet, so it comes with a remote control that uses 2 AA batteries that are included with the seat. The remote can control water temperature, pressure, oscillating, pulsating, nozzle position, seat temperature and much more. The remote can easily be used with one hand, but lacks backlighting. It would also be nice if Bio Bidet included a cheat sheet for the remote as there are button combinations for advanced modes.

Another thing that is worth noting is that the BB2000 has been on the market for over 9 years. That means they have the manufacturing process down and all the little bugs that pop up over time have likely been solved. The video above shows how the bidet functions and gives you a look at the self-cleaning nozzle and warm air dryer. 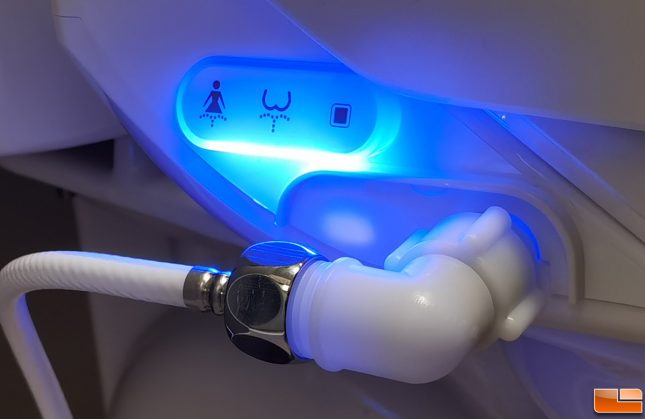 The is one of the more unusual reviews that we have ever published on Legit Reviews, but 2020 has been far from a normal year. We won’t go into details here, but the BB2000 works well and was easy to install. We mentioned doing this review with some co-workers and close friends and was shocked to find some already had a bidet or were doing a bathroom remodel and was wiring the bathroom for a bidet to be installed. Talking about a bidet makes for an odd conversation, but many are open to the idea and they are increasing in popularity.

If you’ve never used a bidet, but are open the idea of trying it out then you should go for it. It likely won’t disappoint and the bells and whistles of a luxury bidet like the Bio Bidet Bliss BB2000 are impressive. It gives you a better clean feeling and will greatly reduce your toilet paper usage.

When it comes to pricing the Bio Bidet Bliss BB-2200 runs $599 (buy on Amazon) for round toilets and $639 (buy on Amazon) for or for elongated toilets. If you don’t need the remote the Bio Bidet Bliss BB-1700 has a built in controls on the side of the unit and no remote. You can generally pick this unit up for $499 for the elongated version over at Amazon. This will save a fair bit of money if you don’t want or need the remote. Both models are backed by a 3-year warranty.

Legit Bottom Line: Using a bidet and picking the right one is going to be a very personal choice, but Bio Bidet Bliss BB-2200 is a great premium bidet option.