Rockstar has updated Red Dead Online and given players a much bigger reason to log in every day and play. A new system has been added that allows players to specialize and become a professional of sorts using Frontier Pursuits.

Players can choose a profession between Collector, Bounty Hunter, and Trader. You don’t have to be just one either; you can be all three at once. The roles are said to offer some variety in play and to help players earn money in the game. 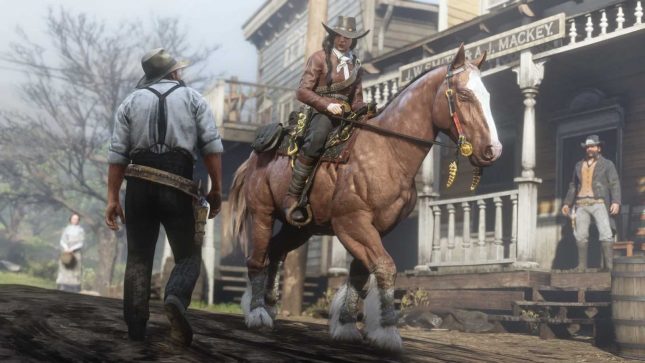 Kotaku reports that being a trader didn’t pay much, at least not right away. The collector role has players collecting things to make a set from around the world and then selling them off.

The other is a bounty hunter, which is self-explanatory. Each mission is a bit different, and players get paid for bringing people back. Playing these roles gives rewards like ammo, shirts, and other things. To start a career requires players to spend 15 bars of gold to unlock each one. There are ways to get careers for free, but some require specific consoles or tasks in GTA Online or Twitch Prime.