With lots of people stuck at home with nothing to do but play video games, Bethesda is doing very well with Doom Eternal. The company has offered some details on Doom Eternal noting that it’s the best-selling Doom game ever by opening weekend numbers. During the first weekend of sales for Eternal, it made twice as much money as the 2016 Doom game made in its first weekend.

Not only is the game selling well, but it’s also stacking up impressive player numbers. The game had over 100,000 concurrent players on Steam over the weekend reports Destructoid. Those player numbers are only on Steam, the game will be on three platforms eventually, including Switch. 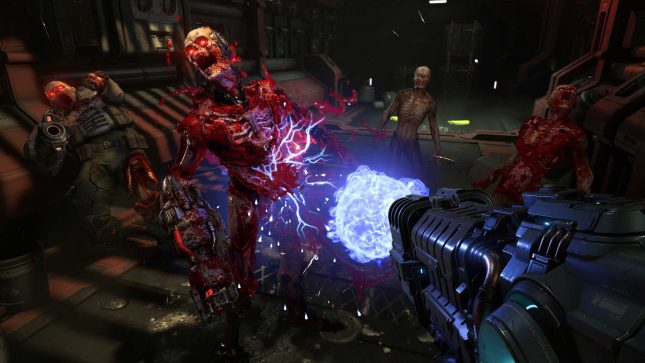 The game has earned rave views and is one of the best video games to launch in recent memory. It’s certainly good bit of escapism with everything that’s going on in the world right now.

With more and more states instituting lockdown rules the concurrent player count will presumably likely maintain or climb for Doom Eternal and other games. High sales and concurrent player numbers will hopefully mean more games in the franchise in the future.