The annual Pikes Peak International Hill Climb was run recently in Colorado. The state has been experiencing cooler weather than normal for the summertime, meaning there was ice and snow near the mountain’s summit. The bad weather meant the event was shortened, with the finish line moved down the mountain to an elevation of 12,780 feet rather than the full 14,115 feet of the summit.

A shortened event meant that while no records can be broken, Bentley was still able to run its sustainable fuel-powered Continental GT3 Pikes Peak racing car. Bentley says the car was the fastest renewable e-fueled vehicle at the race and beat all electric entries. 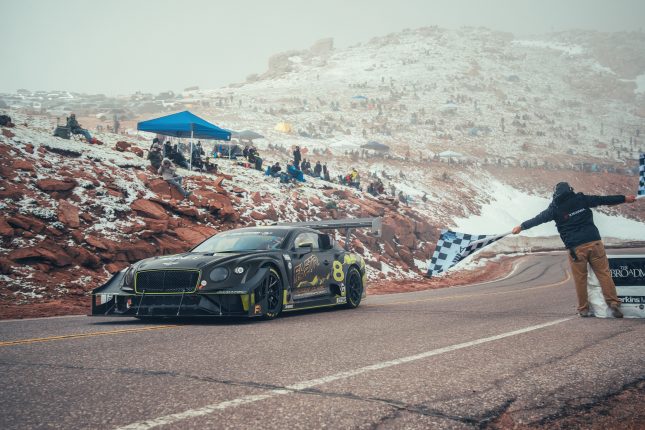 The car finished second in its Time Attack I class and fourth overall for the shortened event. Bentley notes that despite suffering an engine issue late in its run, the car was able to cross the finish line in 6:36.281.

For 2021, the event finished at an area of the mountain known as the Devil’s Playground, cutting out the last third of the standard course. The car could have finished the run faster, but a few corners from the finish it suffered a boost pressure problem that added 16 seconds to its time, stealing its first-place finish.