Bentley Bentayga S Is The Sportiest Bentley SUV Yet

When you think of Bentley, supreme luxury, speed, and massive price tags typically come to mind. The automaker has announced what it calls the most sporting of Bentaygas yet in the form of the Bentayga S. The new S promises improved agility and presence along with a unique suspension calibration that’s 15 percent stiffer than other models for improved handling.

Exterior hints that the Bentayga S is different from other SUV models in the range include dark-tinted headlamps, S badging, 22-inch wheels, and a new V-8 split sports exhaust. The Bentayga S marks the first time Alcantara has been used in the interior and is used heavily on multiple surfaces. 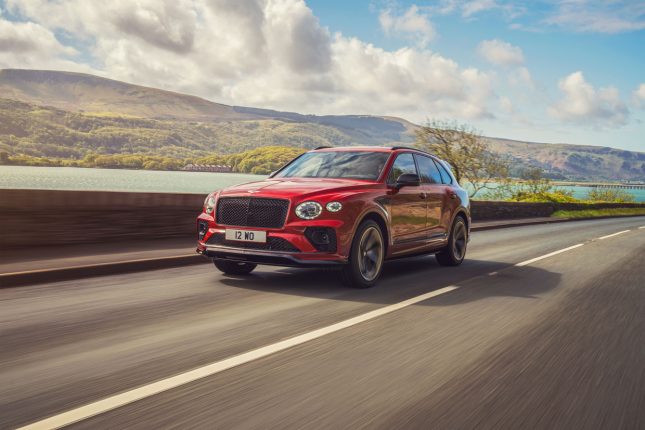 The typically shiny brightware resembling chrome outside the SUV is painted black, and S buyers get a black-painted body kit and black door mirrors. Power comes from a 4.0-liter twin-turbo V-8 that makes 542 bhp and 568 pound-foot of torque.

Despite being a big, beefy luxury SUV, it can reach 60 mph in 4.4 seconds with a top speed of 180 mph. Bentayga S buyers can choose four, five, or seven-seat cabin configurations. Bentayga S joins existing Hybrid, V-8, and Speed versions of SUV.