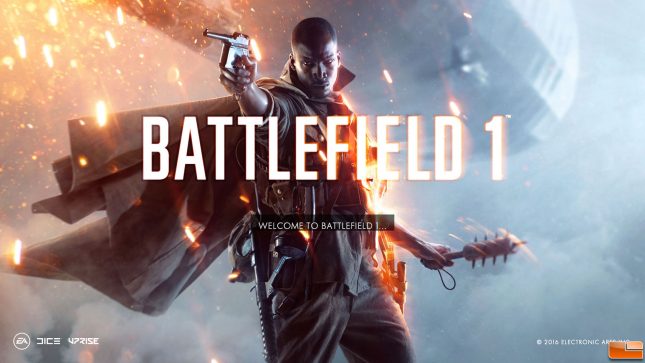 Battlefield 1 was without a doubt one of the most anticipated games of 2016 and it appears that EA and DICE have delivered a DirectX 12 winner. The World War I-themed game is a team-based first-person shooter that is fun to play if you have the right hardware in your gaming PC. The problem for some is that Battlefield 1 has some pretty tough minimum and recommended system specifications published for both AMD and Intel/NVIDIA systems.

Hold on to your hats folks! According to the minimum system specifications you’ll want to be running an AMD FX-6350 or an Intel Core i5-6600K processor and either an AMD Radeon HF 7850 2GB or a NVIDIA Geforce 660 2GB graphics card. The recommended specifications aren’t much easier on the graphics card as it is suggested you run an AMD Radeon RX 480 4GB or GeForce GTX 1060 3GB. Those are the latest discrete desktop graphics cards that both companies offer. An Intel Core i5-6600K as the minimum spec for processors also just goes to show how intensive of a game Battlefield 1 is.

The Frostbite version used in Battlefield 1 is the most optimized yet, enabling us to push more content than weve ever done before, said Per-Olof Romell, EA DICE director of technology. Lots of improvement to the network code and servers simulating at 60Hz makes it the most solid Battlefield ever.

To put NVIDIA and AMD graphics cards to the test we benchmarked BF1 manually using Presentmon on the first 90 seconds of the first war story – Through Mud and Blood. We tested with DX12 enabled and GPU Memory Restriction disabled with the Ultra graphics quality preset. Battlefiled 1 does not come with a built-in benchmark, so you’ll manually have to benchmark this game title. 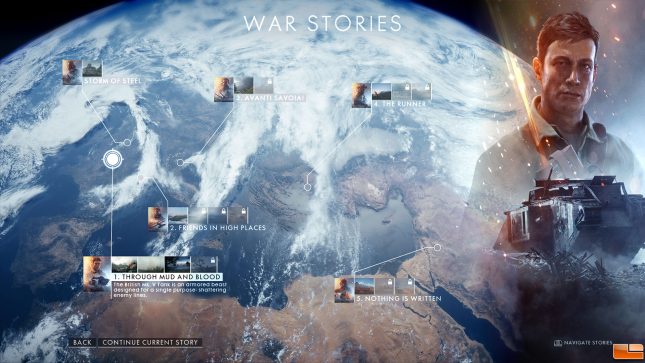