Author John Boyne is a very serious author with popular books to his credit. Notably, he wrote “The Boy in the Striped Pyjamas.” His latest book has made quite the stir with Zelda fans after he lifted some of the ingredients in a chapter of the book about dressmaking directly from the popular video game.

His new book is called “A Traveler at the Gates of Wisdom.” In the chapter discussing dressmaking, he used ingredients including keese wing, Octorok Eyeball, red lizalfos tail, and four hylian shrooms to make red dye in an era of Attila the Hun reports The Verge. 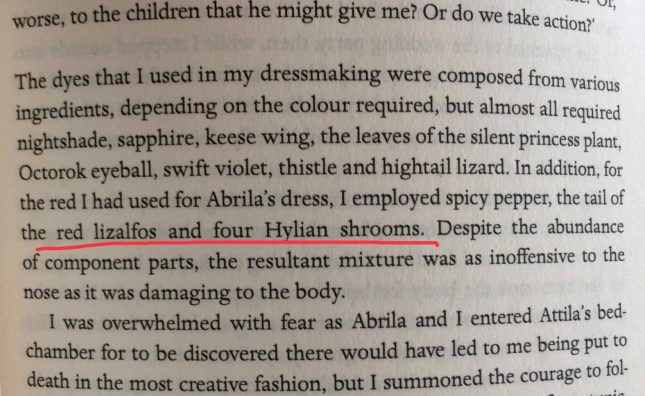 Obviously all of those ingredients are fake and were created by the folks behind the Zelda Breath of the Wild storyline. Boyne tweeted about the mistake writing, ‘Yeah, I’ll leave it as it is. I actually think it’s quite funny and you’re totally right. I don’t remember but I must have just googled it. Hey, sometimes you just gotta throw your hands up and say “yup! My bad!”‘

It’s unclear at this time if Nintendo has any ideas of going after Boyne and his publisher over the use of Zelda content in the book. Boyne does say that he intends to leave the mistake as it is and feels like it’s funny. Clearly he needs to be more careful about what websites he uses to research his books in the future.