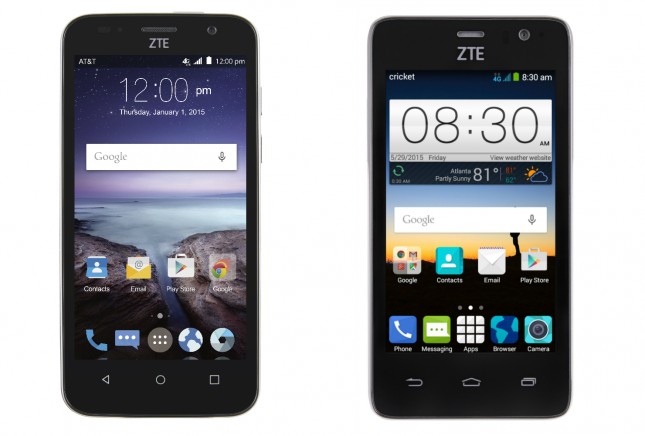 Last month, ZTE launched the ZTE Maven and available to AT&T customers.  The Maven is being marketed as an affordable, but high tech, handheld device that offers a ton of features for those looking for a great deal on a new mobile device.  ZTE is the fourth largest phone manufacturer in the U.S. but the second largest in the “no-contract” market.  For folks that are looking for the ability to outright pay for their new cell phone, this handset might be ideal if you don’t want to finance or make monthly payments.

Priced at $59.99 with no annual contract, the ZTE Maven is available at AT&T’s retail stores or online.  The phone can be activated on AT&T’s postpaid or GoPhone prepaid services. 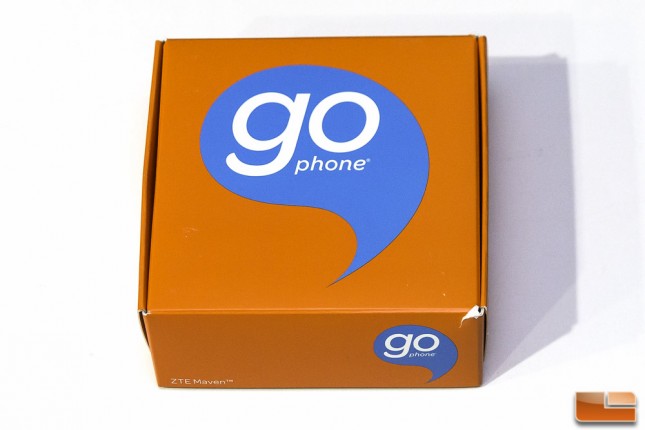 The 4G LTE compatible ZTE Maven is equipped with a 4.5-inch screen which has a resolution of 854×480 pixels and 5MP rear shooting camera that can record 720p video as well as a VGA front facing camera.  All of this is powered by a Qualcomm 1.2GHz quad-core Snapdragon 400 processor with 8GB of internal storage (that you can expand to 32GB via the microSD card), 1GB of RAM running on Android 5.1 Lollipop.  The handset even has a battery that is rated at 2,100mAh which should give you a talk time of up to 10 hours. 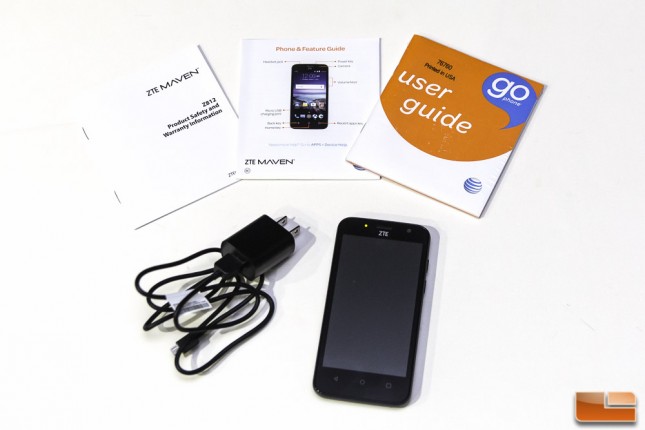 The Maven is designed for casual users who don’t want to spend a fortune, but yet want many of the features of top-of-the-line mobile devices.  The ZTE Maven measures in at 5.3 x 2.6 x 0.39 inches which makes it approximately the same size as the older-generation iPhone.  For $59.99, we really can’t complain about how think the phone is.  In reality, the phone feels solid in your hands and we expect to see tons of functionality in the Android 5.1 operating system.  The Maven also supports Bluetooth 4.0 and Wireless-802.11 b/g/n.

The ZTE Maven comes in basic Black with dark Grey backing.  No fancy color schemes for this model!  AT&T packages the Maven in an AT&T “GoPhone” branded box with a USB wall charger, a charging cable, User Guide, Phone & Feature guide.  Even though, cell phones are almost self-explanatory and very easy to setup, AT&T still encourages new Maven owners to head over to www.att.com/devicehowto for a multimedia introduction to the Maven or for any sort of general help. 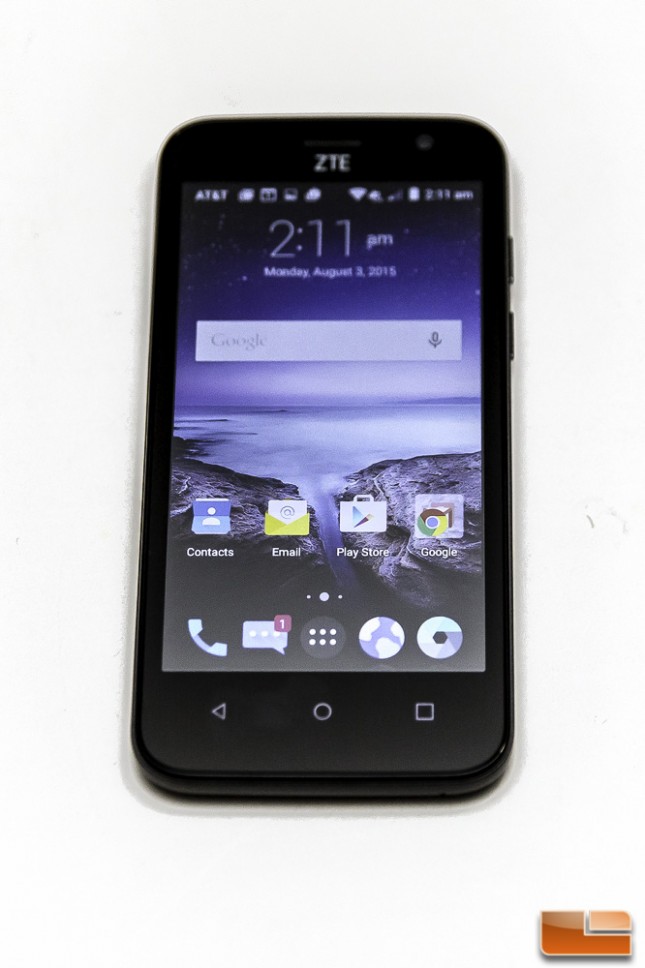 On the front of the phone, besides the 4.5-inch screen, the Maven has a multi-color LED indicator light that will alert the user to a variety of phone behaviors such as charging status, missed calls, Bluetooth connectivity, etc.  Next to the LED, the ZTE Maven’s speaker can be found.  When the phone uses the speakerphone option, the speaker on the back takes over as per usual on many mobile devices.  Next to the mail speaker, there is a ‘rear-facing’ camera. As far as we can tell, the ZTE Maven only comes in this basic black color version.  Because the Maven is an AT&T exclusive, the ZTE website doesn’t even have a landing page for the Maven, so from what we can tell at this time, the Maven only comes in black. 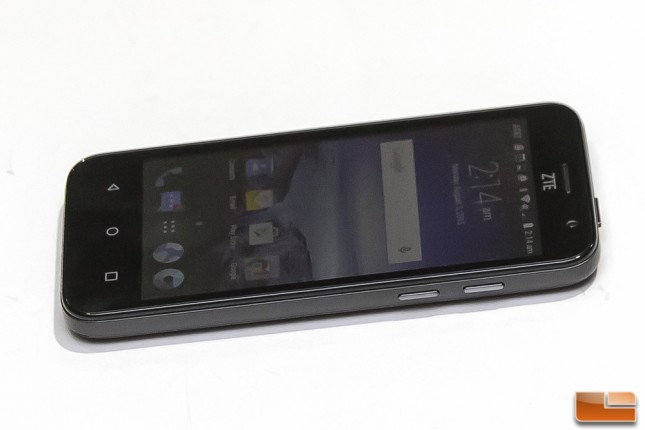 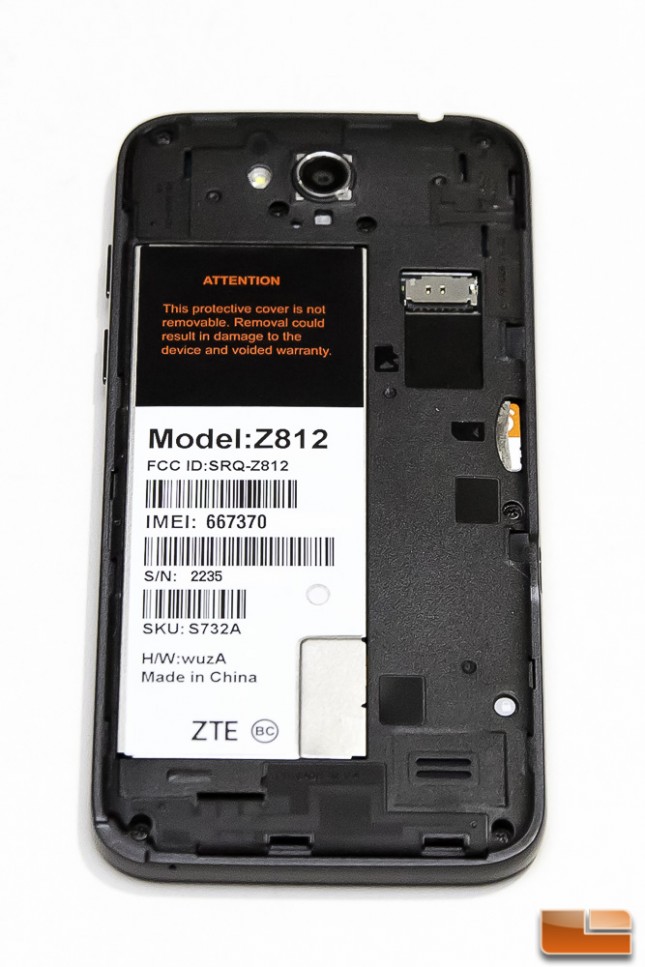 There is nothing really fancy holding the back cover on to the Maven.  The device is water resistant, but not waterproof and you can gain access to the battery and SIM with a fingernail.  With the cover removed, you can see where the SIM and memory card reside for the ZTE Maven. The 2,100mAh battery accounts for more than half of the Maven’s cargo under the cover. 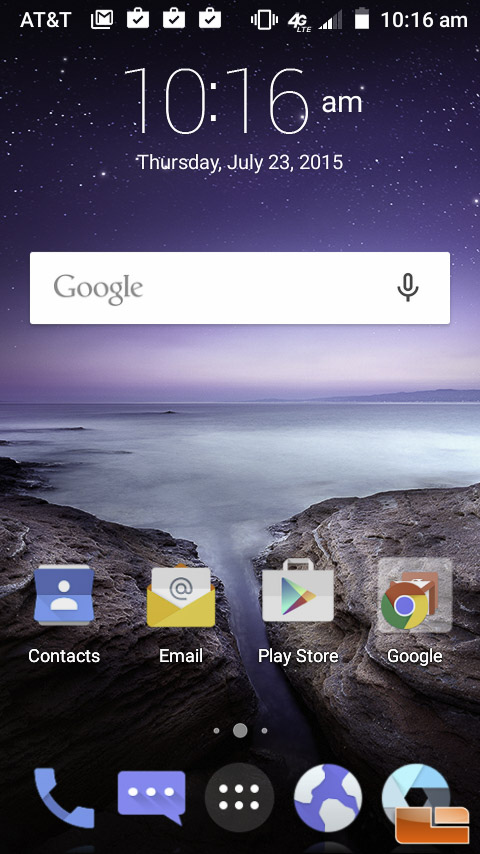 As this is an Android-OS device, setup of the ZTE Maven was very simple.  The phone asks you for your Google account and with it starts syncing your e-mail, calendar, and apps just like every other Android-based mobile device.

Let’s move along to the next page and look at the ZTE Maven benchmarks!