AT&T has launched 4G LTE in 31 markets, covering over 74 million Americans. In most other locations, you
should get HSPA+ data. AT&T claims nearly all their networks run on enhanced backhaul that supports both HSPA+ Plus and 4G LTE, so speeds should be fairly good across the country. We figured we’d put the AT&T network to the test on a recent trip that took place on April 10th, 2012. We started out at our offices outside the St. Louis city limits and then we completed field tests inside the airport terminals in St. Louis (STL), Dallas (DFW) and Austin (AUS). We feel that testing this hotspot at various airports will give a decent look at how it performs in the real world! 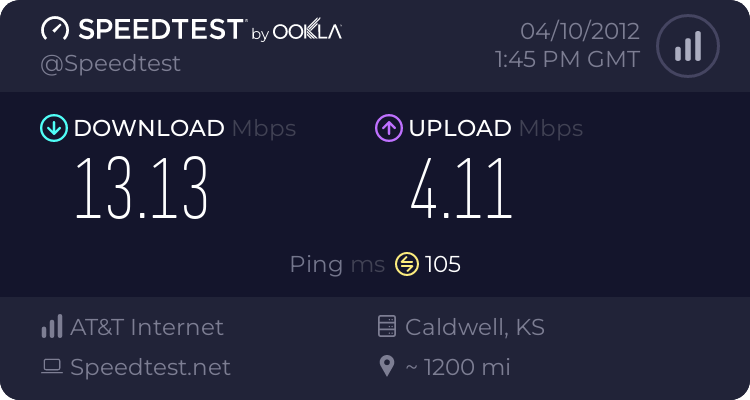 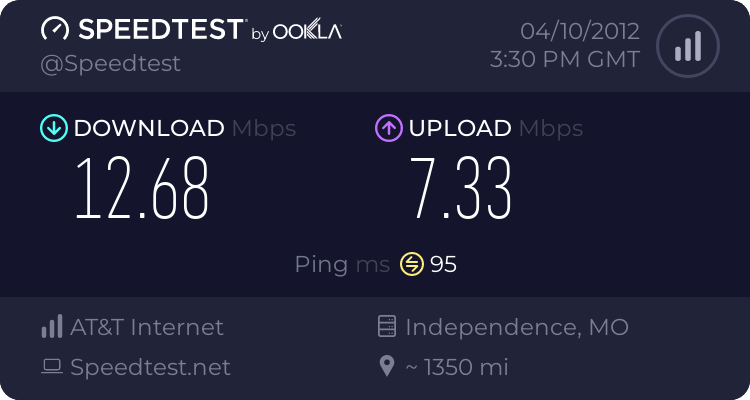 Lambert International Airport took a direct hit from a tornado on Easter Sunday back in 2011 and they just reopened Terminal C this month. We did our testing in the new terminal just outside gate C12, which is the middle of the concourse. We were able to get two bars of service and reached 12.68 Mbps down and 7.33 Mbps up. 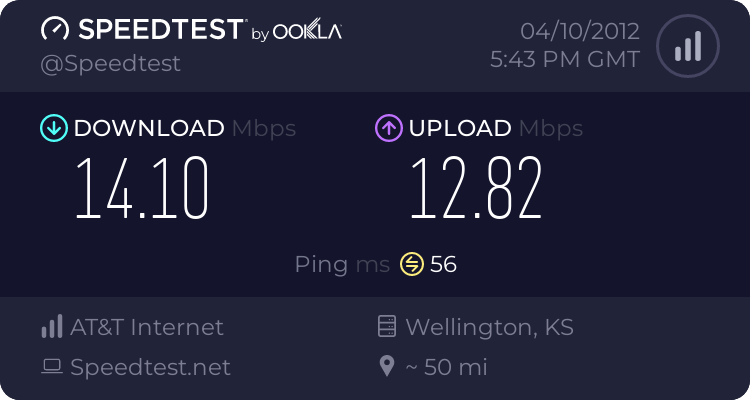 Once we arrived in Dallas for our layover we fired up Speedtest.net once again and found the best performance of the day!  We were getting 14.10 Mbps down and an impressive 12.82 Mbps up! We were very happy with the AT&T network service at the DFW airport and the internet was extremely fast. 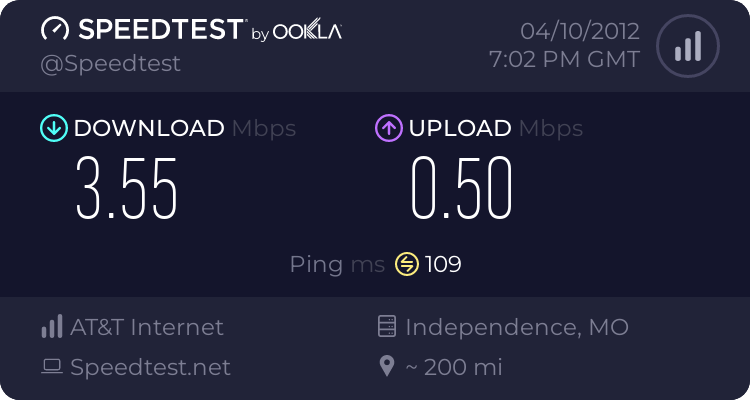 When we arrived to Austin we were excited to try out the AT&T Elevate mobile hotspot again as our performance kept getting better each time we tested it. We were shocked to see just 3.55 Mbps down and 0.50 Mbps up speeds and we were having troubles getting Speedtest to even finish due to network issues of one sort or another. 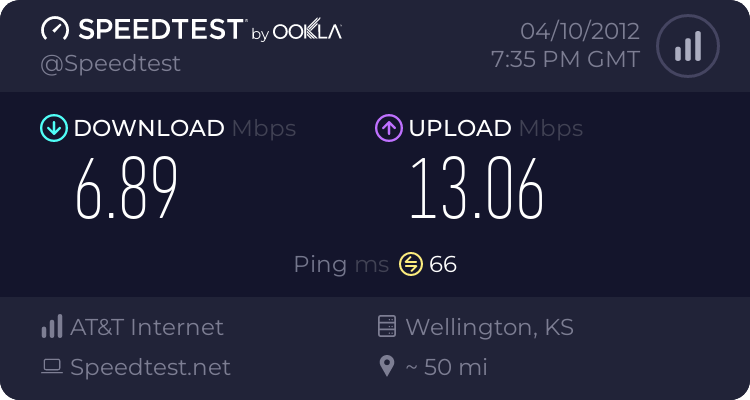 We were pretty upset with the performance that we had at the airport, so we tried our hotel room out and found better service in the downtown area than at the airport! 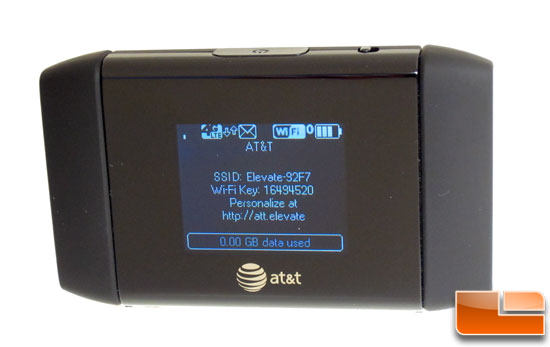 We found that the AT&T Elevate 4G Mobile hotspot was simple to use and very effective in the three cities that we tested it out in this week. We love the fact that there is nothing that you have to setup to get it working the first time as you literally just turn it on and access the network form your device. The mobile hotspot connects to the AT&T networks automatically and then the hotspot starts broadcasting
its signal as a Wi-Fi hotspot. The network ID and password are shown on the Elevate, so after you enter that on your device that you want to get online, you are connected and done! You can allow five devices be connected to the hotspot at any one period of time, but be careful because with these internet speeds you can quickly use up your data plan and rack up the overage fees.

When it come to performance, we were pleased with the devices speeds and found that the battery lasted around 4.5 hours with moderate use with one device connected. When it comes to range, we were able to walk a good 30-40 feet away from the hotspot before we started to see the performance degrade, which is fair. We didn’t have any reliability issues with the Elevate and it connected to our mobile devices and the network just fine in various cities during the time we spent with the hotspot.  The Elevate has been out for nearly half a year, so it’s had a number of firmware updates come out that have fixed all the minor issues that have come up. This is a mature product and as a result of that, our testing went smoothly!

Legit Bottom Line: The AT&T Elevate 4G Mobile Hotspot is a solid product that works as advertised, which is rare these days!