As we’ve been pointing out in our latest articles, ATI and NVIDIA have been launching new video cards left and right here in 2006. While it is great for competition it can be a little confusing for the average consumer and overwhelming for reviewers.

Today we are taking a quick spin with a new SKU that is already quite familiar to us, the X1900XT 256MB. As the name implies the heart of the beast is the same R580 GPU that powers the X1900XT, X1900XTX, and X1950XTX. The clock speeds are identical to the 512MB version of the X1900XT that we have already reviewed here and here, but in case you forgot that run at 625MHz core and 1400MHz memory. 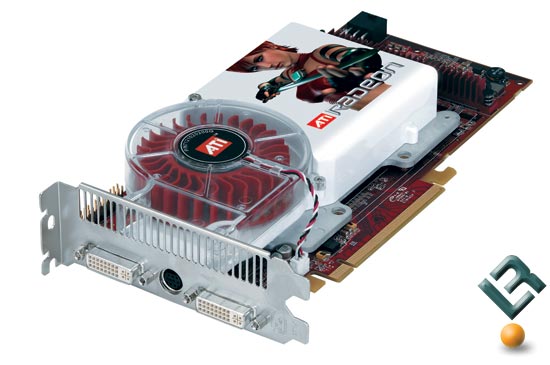 Features such as SM 3.0, AVIVO, Adaptive Anti-Aliasing, High Quality Anisotropic Filtering, CrossFire, Fetch 4 and Shadow Map Acceleration are still present on our new X1900XT. The only difference between the two X1900XT models are memory size, and of course the price. A quick search at Newegg finds the X1900XT with 512MB priced as low as $350, while the X1900XT 256MB is has an MSRP of $279. With just a reduction in memory size the new 256MB X1900XT has the potential to be a potent performer for those looking at a more mainstream price. 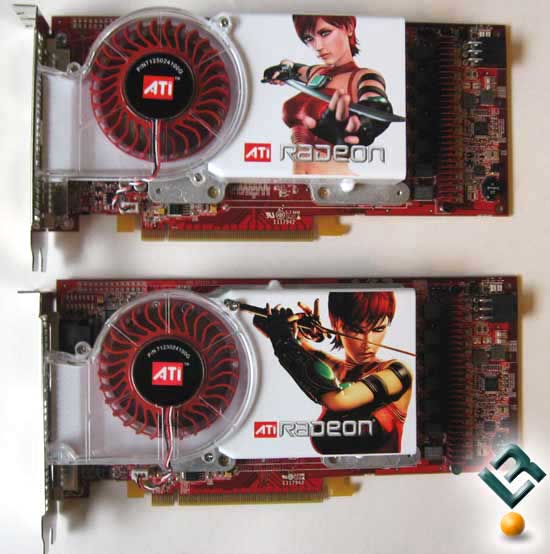 Looking the card over (256MB on top) there are no visible changes aside from Ruby’s picture.

2 dual-link DVI connectors are still standard and unfortunately ATI carries over the same heatsink. While it does have the same start up fan speed and noise, ATI seems to have tuned the fan to ramp up speeds slower at higher temperatures than previous models.